The next major hazard 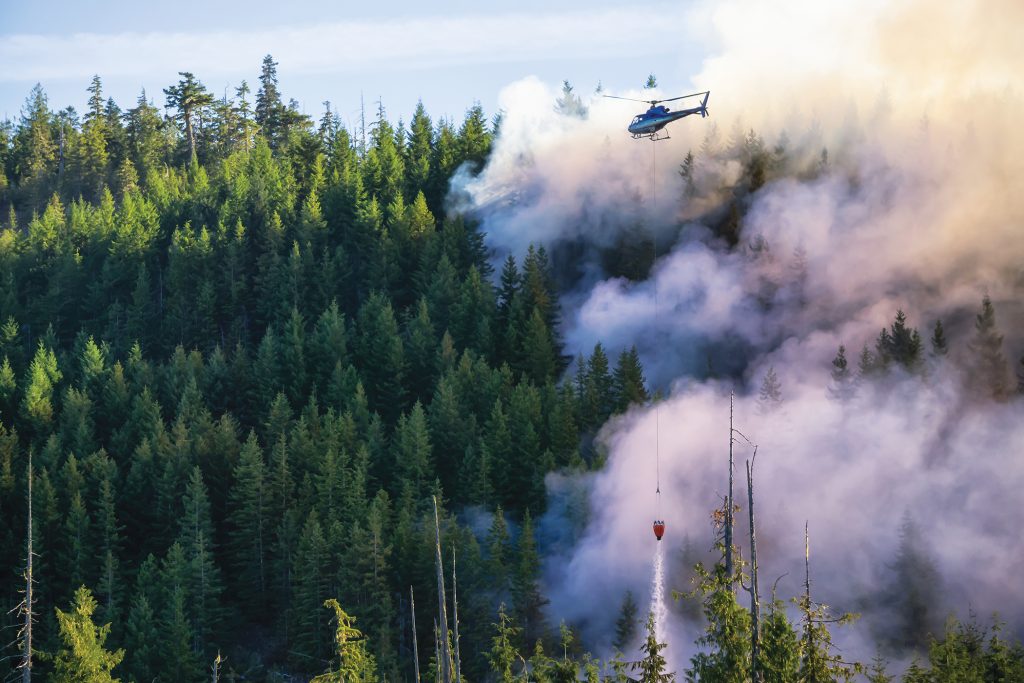 British Columbia endured a challenging fire season in 2021, including a razing of the village of Lytton. (edb3_16/Adobe Stock)

These concerns have been raised internationally.

Climate emergencies dominated British Columbia throughout 2021, prompting dozens of evacuation orders. Federal meteorologists attributed the series of events to climate change, while WorkSafeBC issued reminders for employers to comply with provincial occupational health and safety regulations and prepare for evacuations and rescues.

“The more you are prepared, the better you will be able to act and help ensure the safety of workers during an extreme weather event,” Al Johnson, head of prevention services at WorkSafeBC said in a mid-November press release.

A few weeks later, the agency issued a similar reminder about what risks and hazards employers need to be aware of during rebuilding and re-entry.

Employers need to remember that climate disasters can happen at any time of the year, and to be aware of climate patterns around the world.

“We really need to pay a little more attention to what’s going on globally and to anticipate what could potentially happen in our own backyard,” said Barry Nakahara, senior manager of prevention field services with WorkSafeBC.

Some places are more prone to certain emergencies, such as forest fires. But employers should consider the chance of a climate disaster, like a flood or fire, even if there hasn’t recently been one in their area.

What to put in an emergency plan

Some provinces and territories explicitly mandate workplaces have written emergency response plans, particularly if rescues or evacuations may be required. Yet regardless of how explicit the laws are, employers need to be prepared.

“Where legislation is vague or it doesn’t address emergency preparedness, the general duty clause would apply,” said Mathew MacLeod, an occupational health and safety specialist at the Canadian Centre for Occupational Health and Safety in Hamilton, Ont.

“Employers need to take all reasonable precautions under the circumstances to prevent injuries or incidents in the workplaces.”

Different emergencies require separate plans, said MacLeod. Have one plan for fires, and another for floods.

An effective plan lists all the potential risks and hazards during and after an emergency, how to respond, and how to protect workers. Plans need to outline what equipment is needed and how to train workers on safe equipment operation.

Large-scale maps need to show escape routes and the location of utilities, like gas lines, that may create additional hazards if affected, said MacLeod.

Each individual’s responsibilities need to be explained in the plan. Employees should be given information that specifically outlines their roles and responsibilities, since plans are often large, he advised.

Plans need current and alternative contact information for all involved. Communication plans should also specify how emergency services will be contacted, and consider transient and remote workers, noted Nakahara.

“Plans should also factor in how long it will take for emergency services to respond,” said MacLeod, adding that emergency responders should be contacted during a plan’s development to discuss and clarify their roles.

“In the event of climate disasters, there could be a delay in response due to an increase in demand for these services,” said MacLeod. “This further emphasizes the importance of emergency preparedness planning to enhance internal capacity to respond.”

That’s why regular drills are so important. At a minimum, emergency preparedness plans should be reviewed once a year, he said.

Plans need to be discussed — and, if necessary, changed — after each drill and emergency.

“It’s really important that plans are fluid documents and are reviewed and revised regularly,” said MacLeod, adding that additional workplace hazards may be identified while creating an emergency response plan. “It can bring to light any unrecognized hazardous condition that could aggravate an emergency situation and measures could be taken to alleviate them.”

Yet hazards don’t end when the emergency subsides. Recovery and rebuilding also pose risks, and may introduce new workplace hazards.

There’s a “wide variety” of occupational and health safety concerns with recovering after a climate-related emergency, said Nakahara, ranging from structural and electrical damage, to hazardous materials, like asbestos, being disturbed.

Often, outside experts, such as engineers, will be required to assess how to safely repair damage, and when workers should return to a site.

“With natural disasters, the damage is not just limited to the workplace,” he said. “It’s much broader than that.”

Flooding in Abbotsford, B.C., was a major cause for concern in the fall of 2021, prompting a slew of evacuation orders. The coastal province was also affected by extreme heat and forest fires earlier in the year. (edb3_1/Adobe Stock)

Along with considering occupational health and safety legislation requirements, employers need to know their other obligations, depending what needs to be repaired.

For example, responding to electrical damage requires compliance with the Electrical Code and Technical Safety BC, explained Nakahara.

A private homeowner’s property could become a worksite if they hire a contractor. Workplace safety concerns can be a factor if a hazardous material, like asbestos, has been disturbed before the contractor arrives.

“There can be overlapping jurisdictions” during the recovery, he said. “It’s important for everyone to understand who has a stake in this and who has obligations to ensure safe workplaces and to ensure public safety. This is where it gets complex. It goes beyond workplace issues.”

This places joint health and safety committees in a unique position; not only should they be involved in the creation of emergency response plans, they can also suggest how their workplaces can implement more sustainable practices. 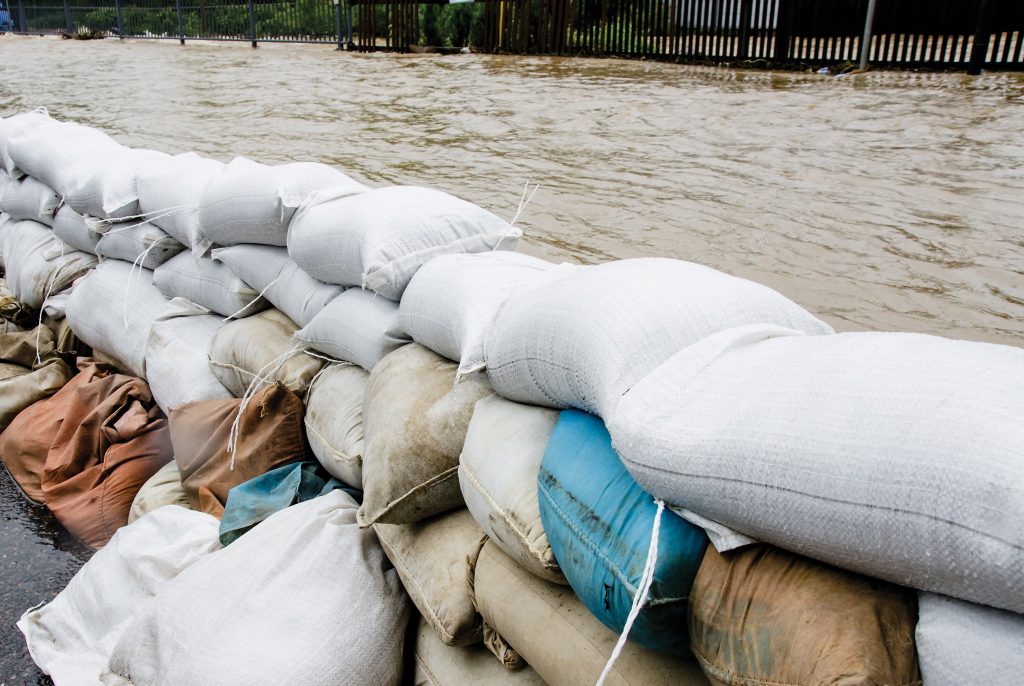 Many workplaces are adding environmental concerns to health and safety committees’ duties.

According to the Canadian Labour Congress (CLC), several collective bargaining agreements now stipulate workplaces have environmental representatives who can identify how the workplace can become more environmentally sustainable.

“But we already have many proven health and safety tools, so we don’t have to reinvent the wheel. And with additional climate literacy training, these will allow health and safety committees to identify hazards created by climate change, do workplace assessments, and implement hazard control strategies, both as part of our day-to-day joint labour-management health and safety work, and in our emergency planning.”

The next global safety hazard

But joint health and safety committees’ effectiveness is often limited by a lack of information about how workplace practices are impacting the environment and contributing to climate change, said Kerrie Blaise, northern services legal counsel with the Canadian Environmental Law Association in Toronto.

While existing occupational health and safety laws provide a good basis for protecting workers’ environmental rights, “the link between environmental justice within the workplace hasn’t been made yet,” Blaise said in an interview.

Existing standards need to be “reimagined or broadened to include the environment and climate change so that we can actually facilitate this just transition that is often spoken about but not implemented.”

Workers should suggest environmental improvements to their workplaces, she said, but that information is often proprietary and not available to them. Workers can only make meaningful suggestions if they know how workplace practices may contribute to climate change or environmental hazards, and if whistleblowers are protected.

“We need to recognize environmental rights in the workplace, but also empower them,” said Blaise.

Meagan Gillmore is a freelance writer in Ottawa.

This feature was the cover story in the Winter 2022 issue of OHS Canada.