The next global safety hazard 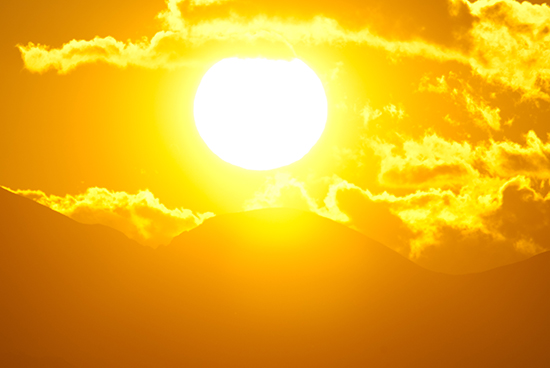 As Canada begins to rise out of the COVID-19 pandemic, it hasn’t taken long to figure out where the next major global safety hazard will come from.

British Columbia and the western provinces were the scene of a record-breaking heat wave in late June and early July — a village burned to the ground, marine animals were scorched, and, as of press time, the summer wildfire season was in high gear.

The view from here is that climate change and global warming will be the next major safety hazard facing Canada and the world.

We’ve all heard the warnings. Environmentalists have been issuing them via the “Doomsday Clock” since 1947. As of this year, the clock is at 100 seconds to midnight — the representation of catastrophe.

As harsher weather and temperature cycles begin to creep in, the question is: At what point will words of commitment from world leaders truly turn into meaningful action?

And, perhaps more importantly, will Canadians partner with their governments to ward off this next hazard, just as 80 per cent complied with the call for mass COVID-19 vaccinations?

North Vancouver MP Jonathan Wilkinson acknowledged that data suggests these types of weather scenarios will not be going away without meaningful action.

“I think it’s an opportunity to come together as Canadians and to double down in terms of being part of what has to be an international consensus and international solution,” he told the Canadian Press.

“I think it is the defining issue of our generation and certainly of our children, and I think that Canada has an opportunity to play an important role.”

From an occupational health and safety point of view, heat stress will be a major focus when it comes to the effects of climate change.

All possible prevention and accommodation options should be assembled in a central heat-exposure control plan, experts told OHS Canada in 2019.

The extreme heat recently seen in B.C. came with calls from WorkSafeBC for employers to consider closures.

A day before it was razed by fire, Lytton, B.C., hit 49.5 C on the thermometer. A week later, B.C.’s chief coroner acknowledged 719 sudden and unexpected deaths were reported during the heat wave — an unprecedented tally.

For perspective, the province of B.C. has totalled 1,763 deaths related to COVID-19 through the duration of the coronavirus pandemic.

So, what happens now? After years of warnings, the effects of climate change are knocking on the world’s doorstep. It will be up to our leaders, and all of our collective commitments, to determine our readiness for the next major emergency.

Marcel Vander Wier is the editor of OHS Canada.

This editorial was published in the July/August 2021 issue of OHS Canada.