Media has become an easy target for some who believe 'if facts aren't on their side ... attack the messenger' 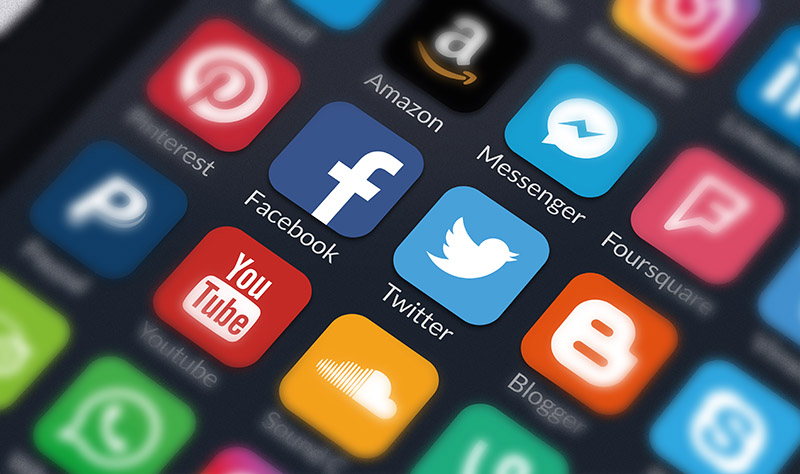 Social media has fanned the flames of misinformation, where the views of a small number of people seem much more prevalent. (Julien Eichinger/Adobe Stock)

Many journalists who cover charged pandemic protests across Canada are coming under fire themselves for reporting on incidents of hate and misinformation, say experts who warn such attacks threaten a key pillar of democracy.

While the verbal, and sometimes physical, attacks are limited to a minority of protestors, Brent Jolly of the Canadian Association of Journalists said several reporters covering the trucker convoy in Ottawa have said they’ve been harassed on the scene and online and feel like they have a “target on their backs.”

Jolly says journalists have become easy targets for some, who believe “if facts aren’t on their side … attack the messenger.”

“They’re trying to not just threaten journalists in a very direct way, but there’s also efforts to censor and get journalists to avoid covering these kinds of stories,” said Jolly, national president of an organization that promotes excellence in the field, including principles that hold reporters to a duty to serve the public interest.

Fanning the flames is a mountain of misinformation on social media, where the views of a small number of people seem much more prevalent, he said.

“It sure as heck doesn’t feel like a minority when you’re knee-deep in it,” Jolly added. “It feels like you’re running up a hill and carrying a Sisyphean boulder behind you.”

A Global News journalist in British Columbia posted a video clip on Twitter earlier this month showing her being followed at a protest by a man and woman accusing her news outlet of spreading lies, while a CTV reporter in Edmonton tweeted earlier this week that harassment was so bad there his outlet removed the broadcaster’s logo from vehicles “for safety.”

It’s especially worrisome for racialized journalists, for whom abusive online messages are the norm, it found.

The 11-page document followed a virtual roundtable discussion from October that included first-hand accounts of harassment from journalists across the country, and it noted that politicians and other media members “play a significant role in co-ordinating targeted harassment.”

Shanna MacDonald, a communications professor with the University of Waterloo, said the perception some people have of journalists as enemies of the truth has been brewing “for quite some time,” calling it a key point of many fascist movements throughout history.

But the idea that media members can’t be trusted was recently amplified by Donald Trump’s 2016 U.S. presidential campaign, she said, noting Trump often labelled mainstream media as the “liberal elite” in attempts to discredit or deflect negative coverage of himself throughout his run to office, and again through his four-year term as president.

“It’s classic playbook — discrediting (institutions) where there are codes of ethics, where you have to tell the truth,” MacDonald said. “And once you discredit them, you can infiltrate with other forms of information … that don’t have to be verified or factual.

The negative perception of journalism has spilled across the border as some politicians have stoked similar flames here, Jolly said, noting that People’s Party leader Maxime Bernier has targeted certain journalists through his own Twitter account “to score political points.”

Social media has given people a forum to share their thoughts on any number of issues, whether they have expertise in the subject or not, and experts say that can be problematic.

“Everybody’s voice can be heard if they know how to use the platform well,” MacDonald said.

The problem becomes cyclical as people become more entwined in their own social media echo chambers, where algorithms show them posts and news stories that only reinforce their point of view, she added.

MacDonald said policy is needed to push back against the spread of misinformation online, urging governments to “find ways to regulate that.”

“The everyday citizen using social media can’t fix it,” she said. “We can be as critical as we want, we can follow people really broadly in order to dilute our algorithm … but at the end of the day, that’s not our responsibility.

“Platforms have designed things this way…. And at the moment, they’re controlling the way that we actually experience information.”

Allan Thompson, the journalism program head at Carleton University in Ottawa, said he’s struck by the “alternate reality that many of the protesters seem to live in when it comes to (how they view) news media.”

“(Some) are absolutely convinced that what news organizations produce is biased and a distortion and subject to some sort of conspiracy,” he said.

Thompson said he was accosted on Facebook after posting photos he took last weekend of confederate flags and other extremist symbols in the crowd, with commenters suggesting his portrayal of the event was biased and inaccurate.

He worries that social media and political influence is making journalists’ jobs increasingly challenging. But Thompson said presenting facts in an unbiased way has become “more important than ever.”

“All we can do is try to flood the media space with reporting that is fair and accurate and hope that it has an audience,” he said. “But I honestly am not sure how you reach those who have decided that so-called mainstream media cannot be trusted and … are part of some sort of conspiracy to delude people.

“It really is distressing.”