B.C. robbers’ goal was to kill as many officers as possible, investigators say 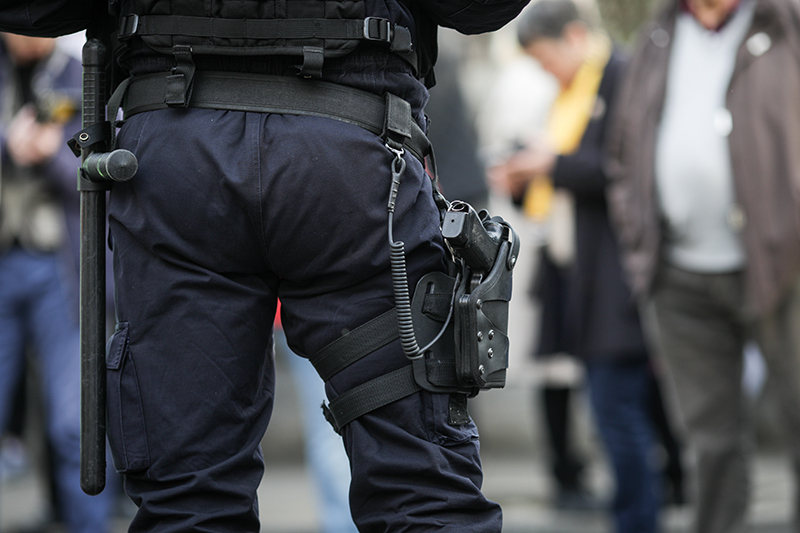 Police say two brothers killed by police in a shootout outside a Victoria-area bank were there for a gunfight, not robbery.

An investigation by the Vancouver Island Integrated Major Crime Unit says 22-year-old Isaac Auchterlonie and his twin, Mathew, hung around for 11 minutes after they were given the cash with the objective of having an armed confrontation with police.

Investigators say the men had strong anti-government and anti-police views and their goal was to kill and harm as many officers as possible.

Six officers were injured in the ensuing gunfight. An earlier report said police fired as many as 100 rounds at the suspects, killing them both.

RCMP Cpl. Alex Berube said Friday both suspects had “the intention of causing serious harm” when they entered the bank. They were wearing balaclavas and full body armour and were each carrying semi-automatic rifles.

The suspects weren’t know to police, he said, but evidence at the scene indicated they held strong anti-authority views.

“Personal annotations were recovered expressing their outrage at the restrictions of their access to firearms and body armour.”

Berube said police found more than 30 improvised explosive devices, four additional firearms and over 3,500 rounds of ammunition in a car that the men were using that day.

“Both the suspects held valid possession and acquisition licences for both non-restricted and restricted firearms,” he said.

The police investigation has learned the men had been planning a shootout since at least 2019, before they robbed the Bank of Montreal branch last June.

Berube said they had been planning something much larger for 2023, but they had to move up their attack because they needed to move out of their home and worried they would attract attention with their large arsenal of weapons.

Police say the staff and customers being held by the men in the bank were not targeted and were only being held to draw a police response.