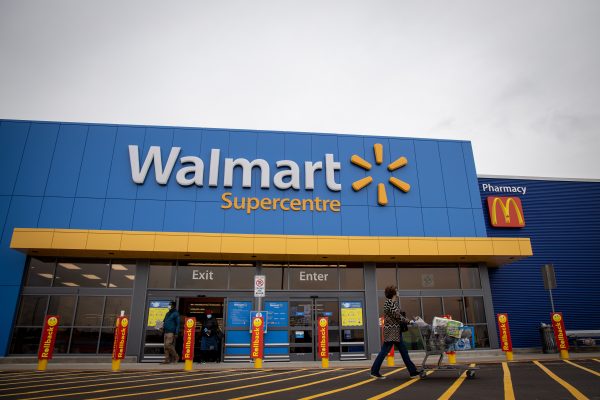 A man whom police shot dead after he opened fire at a Walmart store in Indiana on Thursday, wounding at least one person, was a former employee who had attacked four coworkers at the store last year, authorities said Friday.

The gunman was identified as Ronald Ray Mosley II by Sgt. Anna Gray of the Evansville Police Department. She said Mosley had previously worked at the store in the city in southwest Indiana.

Officer Taylor Merriss said Friday there was at least one victim, a female employee. Police didn’t immediately release her name, age or the extent of her injuries. But Merriss said she “was able to talk when she was taken away from the scene,” the Evansville Courier & Press reported.

Evansville police and Vanderburgh County sheriff’s deputies responded to a report of an active shooter in the store on Thursday at around 10 p.m. Merriss said customers and employees tried to hide or escape before officers arrived. The gunman’s rampage lasted about 15 minutes.

“There were multiple officers looking for the offender. And he could come around the corner at any time,” said Merriss, who described the body camera footage as “eerie.”

Merriss said that, according to body camera footage reviewed by police, Mosley tried to exit the store but was confronted at the door by officers. Mosley then went back inside and was fatally shot during a gunfire exchange.

“When officers went in, they were trying to locate the suspect and he was all over the store. He would shoot at officers and move. So it wasn’t contained to just one area inside,” she said.

Gray said that police did not immediately know how many people, aside from the female employee, that Mosley had shot, saying there could have been additional victims who fled the scene.

Evansville police said there could be as many as 50 witnesses to the shooting. Authorities asked anyone who left the scene with injuries, no matter how small, to contact emergency medical services.

Walmart, the Bentonville, Arkansas-based retail giant, said in a statement that the “entire Walmart family is shocked by the senseless violence that occurred at our Evansville store, and our hearts are with our associate at this time.”

Mosley was charged with four misdemeanor counts of battery in May after he allegedly attacked four co-workers at the Walmart store, according to court records obtained by the Evansville Courier & Press. A probable cause affidavit filed in the case states that Mosley told police he had issues with people at work and “lost control.”

Mosley, who was a store employee at the time, was walking through the store in May when he reportedly passed a fellow worker and called him a “snake.” When the coworker told Mosley to “grow up,” Mosley reportedly punched the worker in the face and threw him to the ground, records show.

Mosley told police he “blacked out” after that, but the affidavit states that he subsequently attacked three other coworkers on May 18, 2022.

The case was eventually deferred to Vanderburgh County’s mental health court. Mosely was scheduled to appear for a progress hearing on Thursday afternoon, but court records do not indicate whether he showed up.

Employment ended in May 2022: Walmart

Walmart said Friday in a separate statement that it does not discuss personnel matters involving current or former employees, but said that Mosley “has not worked for Walmart since May 2022.”

Police have not said what type of weapon was used or how it was obtained. Indiana has a “red flag” law, which legislators passed in 2005 and allows police or courts to seize guns from people who show warning signs of violence.

After the May incident at the store, red flag court proceedings were not initiated against Mosley in that battery case, Winston Lin, chief deputy prosecutor for the Vanderburgh County Prosecutor’s office, said Friday.

A news conference was planned for Friday afternoon, the city’s police department said in a tweet.

Evansville, a city of around 116,000 residents on the Ohio River, is located 172 miles (276 kilometers) southwest of Indianapolis.

A Walmart manager in Chesapeake, Va., killed six people in November when he began shooting wildly inside a break room before a routine employee meeting, two days ahead of the Thanksgiving holiday. Six people were also wounded. The gunman shot and killed himself before officers arrived.