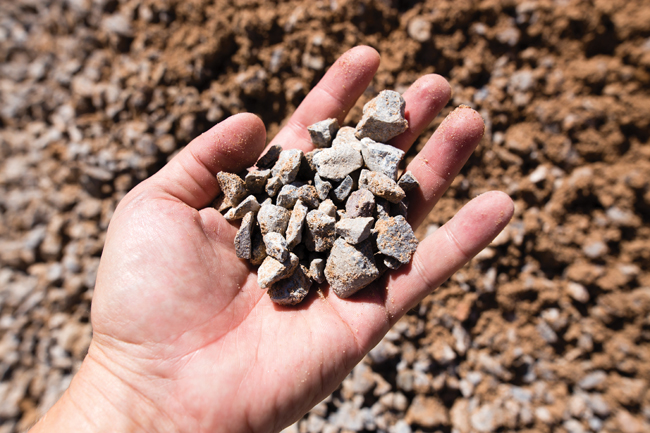 Someone threw gravel at Liberal Leader Justin Trudeau during a campaign event on Sept. 6. (Schankz/Adobe Stock)

What is happening to Canadian society as we know it?

Since when has taking on a role of leadership in this great country become such a dangerous affair?

Recent days and weeks have revealed various incidents of harassment and vandalism directed towards political leaders.

Liberal Leader Justin Trudeau was pelted with gravel at a campaign stop in London, Ont.

The home and vehicles of St. Catharines, Ont., Mayor Walter Sendzik were vandalized with hateful graffiti.

A raw egg was cracked on the head of Maxime Bernier, leader of the People’s Party of Canada.

Tack on the anti-vaccine protests taking place in front of hospitals across the country and this is all becoming very unCanadian.

The COVID-19 pandemic has affected all facets of Canadians’ lives, and leaders of all types appear to be the target as tensions boil over.

Messages of “we’re in this together” and “ca va bien aller” have fallen by the wayside for some groups of Canadians as pandemic restrictions continue into their 19th month.

Trust in our societal framework continues to be eroded by the advances of social media, and the cracks are beginning to show. It’s getting ugly. And, as Canadians, we need to be much better than this.

With vaccine passports now being implemented across the country, there is a chance this vitriol begins to be directed towards OH&S professionals and security workers who are simply doing their jobs.

To those entrusted with our work health and safety, I urge you to continue leading with diligence and professionalism.

For those who say it’s simply time for us all to move on from COVID-19 — unfortunately, that’s now been tried in Alberta, with very poor results.

Jason Kenney’s cry that the pandemic is over in Alberta as of July 1 backfired, and as of press time, the province was returning to a state of health-care crisis less than three months later, with hospitals once again overwhelmed.

The hard-learned lesson here is as much as we want to wish this crisis away, it’s not quite that easy.

There’s still some road left in this pandemic, and according to the best experts we have, widespread vaccination is the way out.

As frustrating as it has been, we need to persevere through this trial by holding tight to our roots.

After all, aren’t Canadians best known for being humble and polite, peacekeeping and loving our neighbours? Is not the greatest of these love?

From one Canadian to another, let’s choose to continue to trust the leaders we elected — for the betterment of society as a whole.

This editorial was published in the September/October 2021 issue of OHS Canada.