Projections show it could be mid-summer before first wave subsides 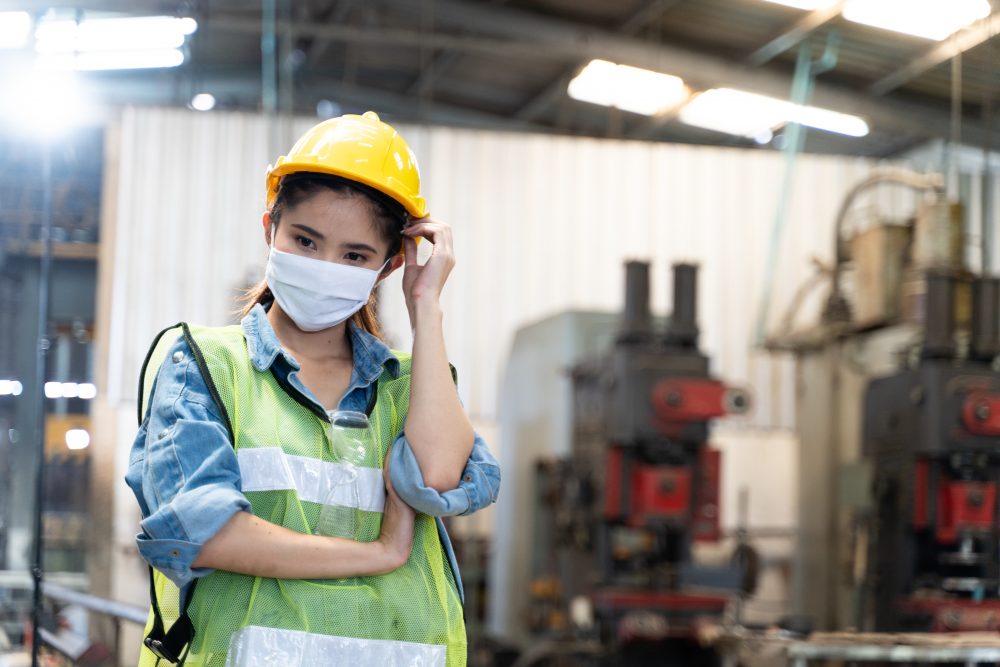 OTTAWA — Most Canadians want to see significant progress in the fight against COVID-19 before they would feel comfortable with people being allowed to return to work, a new poll suggests.

The poll says 29 per cent of Canadians believe restrictions on workplace and leisure activities should only be lifted once the country is free of any new cases for at least two weeks.

One-quarter of respondents said they would want to see only sporadic cases being discovered before such restrictions are lifted, and assurance there is no pressure on the health system.

Just over 20 per cent think Canadians should continue to physically isolate and stay away from work until there is a vaccine to protect against the virus.

The poll, conducted by Leger and the Association for Canadian Studies between April 9 and 12, surveyed 1,508 adult Canadians and 1,012 adult Americans randomly recruited from its online panel. The internet-based survey cannot be assigned a margin of error because online polls are not considered random samples.

“We wanted to look at that aspect because we’re now in that phase where people are starting to reconsider when are we going back to normal,” said Christian Bourque, executive vice-president of Leger.

“They seem to be favouring the mid- to long-term more than the short-term,” he said.

Recently released federal projections show that it could be mid-summer, or even late summer, before the first wave of Canada’s epidemic is over, and that is the best-case scenario.

As for a vaccine, that is likely still many months away.

Canadians seem highly dedicated to obeying the rules set out by public health, as 98 per cent of the poll respondents said they abide by social distancing.

Until current restrictions are lifted, 40 per cent say they would report someone whose is not obeying public health rules, with the largest number of would-be snitches in the Atlantic provinces, at 50 per cent, and Quebec, at 48 per cent.

“It’s as if Canadians are saying, not that we’re comfortable … but that we feel it’s the right thing for now and maybe a few weeks more,” Bourque said.

Those results show a serious departure from Canada’s neighbours to the south, where 46 per cent say they would not report rule-breakers to the authorities.

The United States has become the new worldwide epicentre of the COVID-19 outbreak, and has now reported more deaths than any other country.

But attitudes there about physical distancing and public health measures appear more lax than in Canada, according to the poll results.

Pollsters offered a list of public health measures, including staying two meters away from others, and only going out for necessities.

They found the rate of non-compliance with at least one of those measures in the U.S. was 46 per cent, compared to 26 per cent in Canada.

“It probably explains in part why we’re doing so much better than our southern neighbour,” Bourque said.

Sixty-five per cent of Canadians polled were fearful about the impact our southern neighbours could have on the pandemic here.

Americans are decidedly less worried about how the Canadian epidemic is playing out, with only 19 per cent concerned that it will impact their country.

People in the states also appear far less satisfied with measures put in place by President Donald Trump, with only 44 per cent in support. In Canada, the federal government is enjoying 76 per cent support for the measures it’s institutes to right the virus.

Bourque said Canadians’ trust in institutions appears to be helping in Canada.

It is also helping Canada’s Liberal party, which is enjoying growing support for its response to the pandemic, he said.

The pollsters asked who respondents would vote for if an election was held today, compared to responses from January 22, before the COVID-19 crisis hit Canada.

Opposition parties have seen a slight decline in support among decided voters, whereas Liberal support has climbed to 39 per cent from 31 per cent earlier this year.