'Better practices found in other jurisdictions ... are absent in Manitoba' 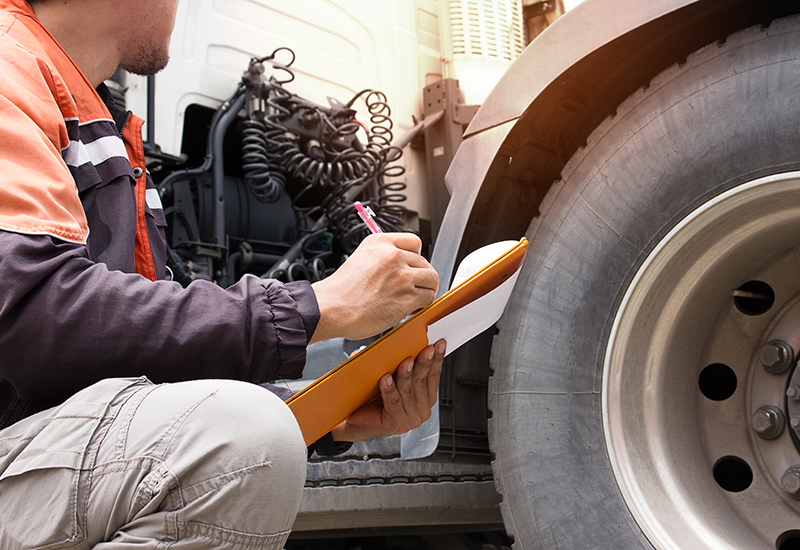 The report says almost all Level 1 truck inspections — the most thorough and detailed checks, which can detect problems such as faulty brakes — are done during only five months of the year, from spring to early fall. (Siwakorn/Adobe Stock)

WINNIPEG (CP) — The Manitoba government’s oversight of the trucking industry and other large commercial vehicles is inadequate in part due to infrequent inspections and improper checks before operators are certified, the province’s auditor general said Dec. 18.

In a 65-page report, Norm Ricard said the Department of Infrastructure does not properly verify the safety knowledge of trucking and transportation companies right from the start.

“The department doesn’t adequately check operators’ safety knowledge and safety practices before it registers them in its safety fitness program and issues them certificates,” Ricard wrote.

“Better practices found in other jurisdictions … are absent in Manitoba.”

The province recently brought in mandatory training for entry-level commercial truck drivers, although drivers who already had heavy-vehicle licences were grandfathered. The move was in response to a 2018 crash between a semi-trailer with a rookie trucker behind the wheel and a bus carrying players and staff from the Humboldt Broncos junior hockey team in rural Saskatchewan. Sixteen people died and 13 were injured.

Ricard’s report says inspections are lacking because major weigh stations are closed when almost half of commercial truck traffic occurs throughout the week, and hours for the stations and mobile inspection units are “overly predictable.”

The report says almost all Level 1 truck inspections — the most thorough and detailed checks, which can detect problems such as faulty brakes — are done during only five months of the year, from spring to early fall.

“Department officials told us that winter weather makes it difficult to conduct Level 1 inspections, which require getting underneath vehicles, as significant amounts of heavy ice can build up on the underside of the trucks and trailers.”

Even when safety problems are discovered, Ricard wrote, operators are not always required to show proof that repairs were done.

“The department does no checking for chameleon carriers other than asking applicants to self-declare any past associations with Canada or U.S. safety fitness programs,” the report said.

In a written response, the Infrastructure Department said it agrees with all of Ricard’s 17 recommendations, including having more variable weigh-station hours and better protective gear for inspectors so they can check under trucks in winter.

The department is also promising to require safety-knowledge tests for all new operators and to improve efforts to track chameleon carriers.

“The department is examining ways to implement improvements, in the short and medium term, to improve functionality within its (information technology) system, to strengthen checks on commercial vehicle operators.”

The Manitoba Trucking Association said it was not surprised by Ricard’s findings and called on the government to act.

“There’s opportunities for improvement and there are holes in the system,” said executive director Terry Shaw.

“Humboldt was a huge black mark on, not only the system, but our industry as well, for sure. And prior to Humboldt _ certainly post-Humboldt _ we have been calling for change around a whole host of items, all of which are captured by the auditor general in the review.”