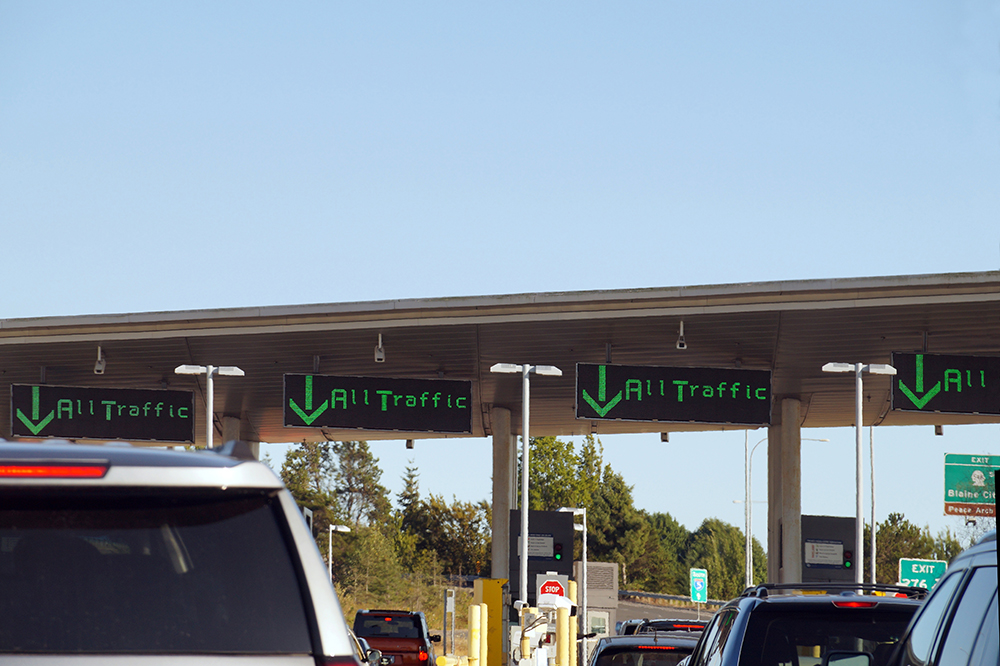 Canadian big-riggers will not have to quarantine after all, if they are unvaccinated or have received only one dose. (Wlodzimierz/Adobe Stock)

MONTREAL — The federal government is backing down from its vaccine mandate for Canadian truckers three days before it was set to take effect.

Ottawa announced in mid-November that truck drivers crossing into Canada would need to be fully vaccinated by this Saturday.

But on Wednesday evening Canada Border Services Agency spokeswoman Rebecca Purdy told The Canadian Press that Canadian big-riggers will not have to quarantine if they are unvaccinated or have received only one dose.

The news came as a surprise to Canadian Trucking Alliance president Stephen Laskowski, who says industry representatives met with government officials as recently as midday Wednesday and were told the mandate was still on track for Jan. 15.

Trade associations on both sides of the border had been pushing for a delay to the restriction, which they say would put additional strain on supply chains amid the latest COVID-19 surge and severe worker shortages.

The new rule will still take effect for American truckers, who will be turned away at the border unless they’ve been inoculated starting this weekend.

About 10 per cent of the 120,000 Canadian truckers who traverse the border may not have been able to work those routes because they haven’t been jabbed, according to the trucking alliance.

The Canada Border Services Agency declined to say whether the truck drivers’ exemption is temporary or indefinite, or what prompted the change.

The vaccine mandate had already started to impact trucking operations.

“There are many of our members who have already said they will not be dispatching unvaccinated drivers across the border,” Laskowski said.

However, the new rule may have encouraged some reluctant workers to roll up their sleeves. One Montreal-based logistics company offered a $10,000 bonus last month to all drivers who received their first vaccine dose by mid-January in the hopes of retaining employees and boosting inoculation rates.

Another, Ontario-based Titanium Transportation Group, which boasts a fleet of 800 tractors, says 95 per cent of its drivers are fully vaccinated.

“More than likely there’s no good time, right? They’ve had this exemption for quite a long time. So maybe this is the right time,” CEO Ted Daniel said.

Recent flooding in British Columbia and China’s “zero-COVID policy” have added to supply-chain bottlenecks, said the Canadian Manufacturing Coalition in a letter signed by 18 industry association heads, who were asking for a delay. The Petroleum Services Association of Canada said the vaccine mandate will “only aggravate things further.”

Nearly two-thirds of the roughly $21 billion in agri-food imports that Canada receives from the United States each year arrives by truck, according to Sylvain Charlebois, a Dalhousie University professor of food distribution and policy. The reliance on U.S. products is especially high in winter.

“The stakes are much higher on our side than on the American side, because America will buy raw materials to be processed domestically, whereas in Canada most of the products that we buy from the Americans are market-ready, like produce and processed food.”

The U.S. is set to enact its own vaccine mandate for essential workers at the border on Jan. 22.

American Trucking Association chief economist Bob Costello estimates that just under half of the 28,000 U.S. drivers who regularly haul freight across the border will no longer be able to do so, posing a threat to the smooth supply of goods.

“We want everybody to get vaccinated. We’re not anti-vax. But this is a group of folks, for whatever reason — I’m not going to point fingers — they’re not vaccinated at a high rate,” Costello said, citing “very independent-minded” drivers.

“We also know that vaccination is the best way to fight this pandemic, to protect the health and safety of workers, and to keep our economy moving,” she said in an email Tuesday.

Conservative Leader Erin O’Toole warned last week that “we’re going to see prices skyrocket for groceries, for everything,” and that the Liberal government’s vaccine mandate would spark “division and pink slips.”

The job vacancy rate in transportation and warehousing hit 5.2 per cent in the third quarter of 2021, below the average of 5.4 per cent across all sectors, according to Statistics Canada.

However, the Trucking HR Canada trade group said the number of vacancies among truck drivers in particular rose 20 per cent from the second quarter of 2020 to 22,990 jobs, for a vacancy rate of about eight per cent between July and September.

Days before the Saturday deadline, the Canadian Trucking Alliance said the government hadn’t provided all the details with regards to compliance.

The ArriveCan app or web portal remains the only way to submit vaccination information, including for American truckers starting Jan. 15, the Canada Border Services Agency confirmed in an email. Further proof of vaccination may be required at border, she wrote Tuesday.

The agency will have “mechanisms” in place to facilitate cross-border trucking, but “will not compromise the health and safety of Canadians for the sake of border wait times,” Purdy said.

— With files from Jordan Press in Ottawa