Face masks will no longer be legally required anywhere in England as of Jan. 27 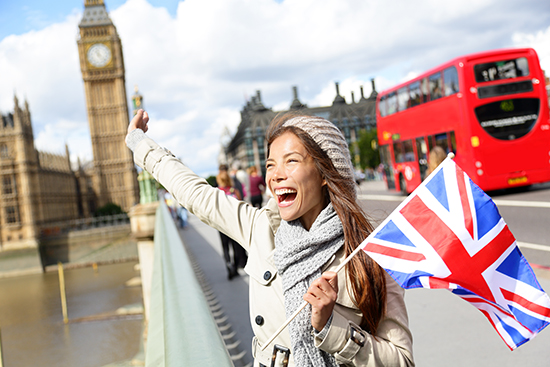 A woman holds a British flag near the Big Ben clock tower in London in this undated photo. (Maridav/Adobe Stock)

LONDON (AP) — Face masks will no longer be mandatory in public places and COVID-19 passports will be dropped for large events as infections level off in most parts of the country, British Prime Minister Boris Johnson said Wednesday.

Johnson told lawmakers that the restrictions were being eased because government scientists think it is likely that the surge of infections prompted by the highly contagious omicron variant “has now peaked nationally.”

While hospitals in northern England still are getting pressed by high caseloads and infections were still rising in schools, Johnson said hospital admissions and patients in intensive care units elsewhere in England were stabilizing or falling.

The government is no longer advising people to work from home, and compulsory face masks will be scrapped in secondary school classrooms starting Thursday.

Mandatory COVID-19 passes will not be needed to gain entry to large-scale events beginning Jan. 27. Face masks will no longer be legally required anywhere in England as of that day.

“We will trust the judgment of the British people and no longer criminalize anyone who chooses not to wear one,” Johnson said.

The restrictions were introduced in December to slow the rapid spread of the omicron variant and buy time for the population to get their booster vaccine shot.

Johnson said Wednesday that more than 90% of those over age 60 in the U.K. have had booster shots.

Official figures showed that COVID-19 infections have dropped in most parts of the U.K. for the first time since early December.

The government reported 108,069 new cases on Wednesday, about half the daily number recorded over the holidays.

The requirement for those infected to self-isolate for five full days remains, but Johnson said that measure will also end in the coming weeks. He said while the self-isolation rule expires on March 24, he will seek to scrap it earlier if the virus data continues to improve.

Johnson and Health Secretary Sajid Javid both suggested that the government is planning for a post-pandemic period when it can treat COVID-19 more like the flu.

“There will soon come a time when we can remove the legal requirement to self-isolate altogether, just as we don’t place legal obligations on people to isolate if they have flu,” Johnson said.

Nonetheless, Johnson urged people to remain cautious in the last weeks of winter and stressed that the pandemic was “not over.”

The news was welcomed by businesses, especially those relying on workers re-populating city centers, as well as hospitality and tourism. But some said officials need to give more details about their plans to cope with the coronavirus in the longer term. Johnson’s spokesman said the government would publish such a plan “shortly.”

“There’s a vital need now for greater consistency in how we live with the virus in the longer term. Swinging back and forth between restrictions and normality has been damaging,” said Matthew Fell, chief policy director of the Confederation of British Industry.

Scotland and Wales, which set their own public health rules, have also announced similar easing of restrictions.

Britain has the second-worst pandemic death toll in Europe after Russia, with over 153,000 confirmed virus-related deaths.