The evolution of training 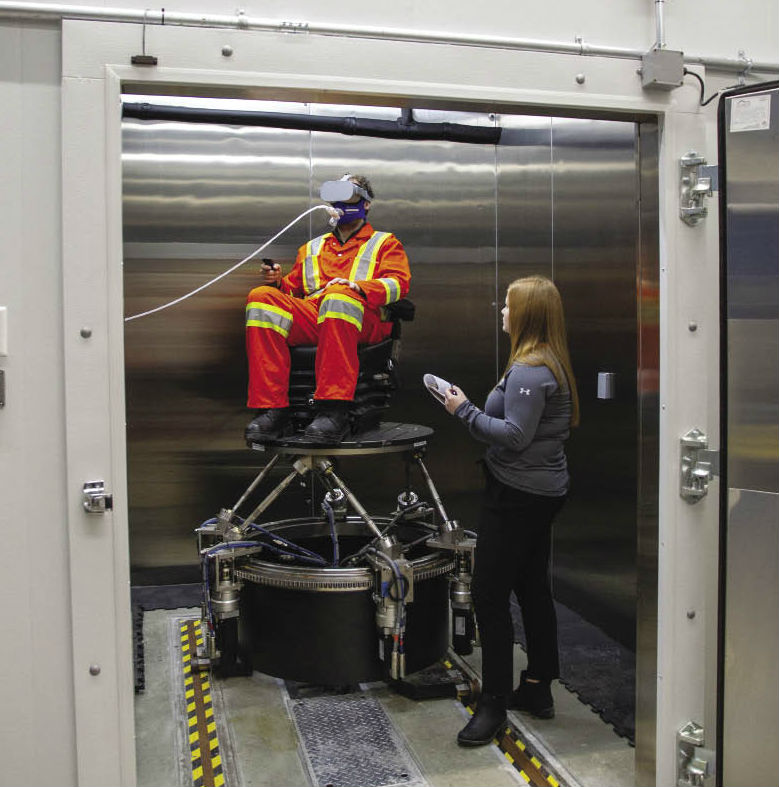 The long-awaited future of workplace safety training will arrive this decade — if not this year.

Developments in virtual reality and augmented reality are causing more organizations to engage in technology for training, according to Stephen Sayle, CEO of SayleGroup, a technological safety company in Halifax.

“Safety in general — and safety training specifically — has been very traditionally based and has frankly not really caught up with technology like a lot of other sectors have,” he says. “Safety training is still predominantly lecture-based, PowerPoint-driven safety manuals and binders.”

“We’re just at the cusp of seeing a step change in adopting technology.”

Opportunities in virtual reality and augmented reality allow trainees to be immersed in hazardous environments to learn practical skills long before they’re ever put into a real-life situation, says Sayle.

The popularity of gaming and rise of the millennial and Gen-Z workforce are providing the momentum for this shift in training style.

“We have this huge influx of youth and the next generation who are hungry for that experience and they only communicate with technology. So (that’s) the gap that we’re trying to bridge,” he says.

“We’re trying to take the subject-matter expertise from the seasoned veterans and get it into the digital medium for the next generation.”

What will be created is a Netflix-style library with customizable training modules for large organizations, says Sayle.

“The end user would only need to have the glasses — which are continually coming down in cost — and then they subscribe and (are) able to take a crane safety course in virtual reality,” he says.

“The sky’s the limit. You can recreate any incident, any safety safe-work practice. You can be immersed in those environments, sitting in the comfort of your own home.”

And wearable tech stretches past virtual and augmented reality, says Marty Dol, founder and CEO of HASCO Health and Safety Canada, a training company based in Toronto.

“We’re going to get to the point where people are wearing devices that will alert them perhaps to a potential injury for manual material handling… because of the way the person’s moving and bending. It could identify additional training modules based on that.”

And while “Big Brother syndrome” may still need to be overcome in order for full adoption to be achieved, wearable tech could benefit all sectors when it comes to monitoring fitness, fatigue and vital signs and then recommending personalized training, he says.

“Virtual and augmented reality and things like that — that is what’s taking hold right now. Training workers how to operate or do a dangerous task, and doing that in a fully virtual world.”

SayleGroup is currently establishing a tech-based marine safety program in the area of off-shore energy and commercial fishing. Virtual vessels and drill rigs are being created alongside programming on confined-space entry, working at heights and people-overboard rescue situations. Elements include online courses, field-hazard assessments and virtual reality, says Sayle.

“Individuals can get immersed in the virtual environment at their own location,” he says. “The instructor can then monitor the student’s progress, and they can throw curveballs at them — they can test their competency with hazard identification.”

So far, clients are “giddy with excitement” to see this project come to life, says Sayle.

“Their words are: ‘This is a gamechanger for training, compared to traditional manuals, slide decks and lectures in a classroom,’” he says. “It’s still a bit cutting edge, but it is becoming more mainstream.”

Augmented reality — in which a computer-generated image is layered over a user’s view of the real world — is the next step, says Sayle.

“That’s where the worker puts the glasses on in real-time while they’re on the jobsite. And through the glasses, they can see the equipment, the safety features, the hazards, the maintenance instructions.”

Enhancements to training will eventually go even further, he says, citing opportunities in artificial intelligence where individual workers’ performance is measured for improvements, and possible hazards are predicted based on data.

“That’s where I think the next level is going to go.”

Safety training has long been classroom-oriented with students required to pore over pages of legislative requirements — not the most effective methodology, according to Linda Tapp, president of Safety FUNdamentals in Madison, N.J.

“People tune out instantly when someone just stands there and goes through slides or talks at them,” she says. “People don’t want to sit there and just listen for hours.”

Group interaction, e-learning and other tech opportunities are providing a blended approach that may change safety training for good, says Tapp.

“Recently, it’s becoming a little bit more favourable to do those types of courses. But you still do get the standard in-class courses that are very common, as well. So, it’s a little bit of a mix with the old style and the new style.”

E-learning can be situation dependent, she says. It may work well for basic training, but a course on forklift safety, for example, could require a blended approach.

“The bulk is compliance, but we do get a lot of interesting requests for some specific things that are more at arm’s length from the regulations,” she says.

In the past decade, OHS professionals have begun to differentiate between certification and competency, with a move away from traditional training towards competency assurance, says Sayle. Ideally, safety training should include certificates and competency verification.

The most-effective training applies to workers’ day-to-day activity and is followed up with visual reminders, says Tapp. Rather than turn to training as a cure-all, employers experiencing accident issues may want to evaluate performance-management issues instead.

“Training is used to fix everything and it’s not the answer a lot of the time,” she says. “That’s really hard for a lot of people to hear.”

Moving into a new decade, safety training will trend towards a more holistic mentality of wellness — both on and off the job, says Dol.

“Wellness training programs will continue to shake up traditional training programs,” he says, noting that tech will play a major role, as digital devices can now remind sedentary workers to stretch periodically.

“That’s going to probably be the way of the future.”

Going forward, personalized learning needs will be met through inductive and immersive learning, she says.

“The idea with inductive learning is that learners actually use their prior knowledge as context for discovering the course content,” says Swanson. “So rather than sitting back and having someone talk at them or clicking through screens on a computer, they’re actually discovering it by sort of being put in the middle of a situation.”

“They have to react to it,” she says. “If they miss something, they’re taught in the standard sense, and if they found the hazard or they knew what to do next, it’s a much shorter version of the information.”

It is important for employers to remember that training is simply one component of a successful health and safety culture, says Swanson.

“You can send all your workers for training, but if… there isn’t a focus on safety, you’re not going to get the same sort of effect.”

This feature was published as the cover story in the Jan/Feb 2020 issue of OHS Canada.


Related
It’s a tech world, but rules still apply
What’s next for safety training?
Understanding the training dilemma
Welcome to the virtual classroom