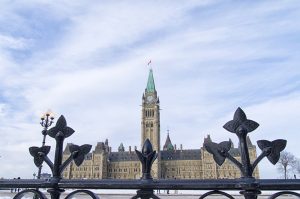 OTTAWA — Public Safety Minister Marco Mendicino says nobody wants a planned anti-vaccination protest on Parliament Hill this weekend to turn into a violent attempt to overthrow the government and warned people not to dismiss the protesters as simple freedom fighters.

Several thousand people are expected in Ottawa as early as Friday as part of the Canada Unity group demanding an end to vaccine mandates and COVID-19 restrictions. Some of the group’s leaders are calling for a peaceful event, but statements from some associated with the group have included threats of violence.

Mendicino said multiple police forces — including the Ottawa Police Service, RCMP and Parliamentary Protective Service — are co-ordinating the response and are making decisions independent of any government involvement.

“Police and our partners are focused on providing a safe environment for the community and demonstrators,” the Ottawa Police Service said in a statement on Twitter.

“We are aware of inappropriate and threatening language on social media related to this event. We welcome peaceful demonstrations. That said, public safety is paramount — there will be consequences for persons engaging in criminal conduct, violence and/or activities promoting hate.”

Advice for employers if political extremism creeps into Canada

The road in front of Parliament Hill is to be closed to general traffic, with two lanes reserved for the convoy and two for emergency vehicles.

Buildings in the Parliamentary district are being closed and locked except for essential staff as of Friday and workers warned of threats of physical damage.

Christian Laplante, an asset manager at Public Services and Procurement Canada, also said “vulnerable areas on Crown sites are being secured as a precautionary measure.”

“There are some security concerns regarding the anticipated energy and disruptive goals of this convoy,” he wrote Friday to people with offices in government buildings in the area.

“Please be prepared to secure your operations as you see fit.”

Patrick McDonell, the sergeant-at-arms in charge of House of Commons security, wrote to MPs Thursday warning of reports some demonstrators were seeking out home addresses for MPs in the Ottawa area. He said if their homes or constituency offices are targeted they should not engage, but close and lock all exterior doors and get somewhere safe.

“If the situation becomes volatile and your security is at risk, call 911 and consider evacuating your location,” he said.

Kim Ayotte, the City of Ottawa’s general manager of emergency and protective services, said in a statement Thursday that “impacts are anticipated to be felt” from Friday to Sunday as demonstrators arriveinthe downtown core.

The city is working with the Ottawa Police Service to develop traffic and parking management plans, and updates will be shared throughout the weekend, said Ayotte.

He said the city is working with police and other partners to ensure the safety of the public is maintained, and that dedicated lanes are kept clear for emergency vehicles.

Devin Froislie, general manager of the Villagia in The Glebe retirement home, said the facility has already begun to brace itself for potential disruptions.

Froislie said the home’s partner agencies, which provide government-subsidized care for residents, have indicated their staff may have difficulty coming to the building over the next day or so. The agencies have asked Villagia to have backup plans to step in and provide that care to residents.

“It’s an extreme inconvenience,” he said. “It doesn’t make things easier for us, and we do more with less. If we’re short-staffed then it’s a lot of extra work for the team.”

He said at an event held for residents Wednesday, the convoy was a topic of conversation at most tables.

Louann Sayeau, general manager of Governor’s Walk Retirement Residence in New Edinburgh, said she does not expect the potential traffic disruptions to affect them very much, though she has personally reached out to her staff to ensure they are able to come in if something happens.

The protest was spawned after truckers stopped being exempted from the vaccine mandate at the Canadian border on Jan. 15. It means non-Canadian truckers won’t be allowed in unless they are vaccinated and unvaccinated Canadians need to quarantine for two weeks after delivering their load.

A GoFundMe page set up by organizers has garnered $6.4 million in donations. The money is to go toward the cost of fuel, food, and accommodations for participating protesters, according to the fundraising campaign page.

A spokesperson for GoFundMe said in a statement Thursday that it is following its “standard verification process” and working with the campaign organizer to ensure funds are distributed as the organizer has stated, in compliance with the law and its terms of service.

An initial $1 million has been withdrawn by the organizer to cover fuel costs of participants “who are peacefully protesting,” the spokesperson said.

Canada Unity’s website includes a “memorandum of understanding” demanding Gov. Gen. Mary Simon and the Senate join with them to order the federal and all provincial and territorial governments to lift any remaining COVID-19 restrictions, waive all fines and cancel “illegal” vaccine passports.

There is nothing in the Constitution allowing for such orders to occur and Mendicino said nobody should “trivialize the organizers’ distorted claims that this is a protest about freedom.”

“It’s not,” he said Thursday in an interview. “It’s about a fringe group, many of whom are not truckers, who are spreading lies, about vaccines, about health workers, and frankly, about the media. And the vast majority of Canadians reject those extremist views. And they understand that if we really want to safeguard our freedoms and vaccines and vaccine mandates are the best way to get ourselves out of the pandemic.”

Canada Unity organizer Tamara Lich, a member of the Maverick Party, which advocates for greater autonomy for Western Canada or its separation from the country, has urged people to remain peaceful and asked convoy participants to report anyone inciting violence or spouting hatred.

But there are links between some convoy participants and white supremacist ideology, and in one YouTube video, that has since been taken down, one man pushed for the protest to become a repeat of the riot that overtook the U.S. Capitol Building in Washington, D.C., a year ago.

Mendicino said there are bright lines around hate speech, lies and calls for violence that cannot be measured as free speech or legitimate protest.

“I think there has to be a very clear point of departure from what is free speech and expression and the kind of incitement to encourage others to take up arms, to create a Jan. 6 riot type event here in Canada,” he said. “And there needs to be a very bright line of condemnation and denunciation around that.”

Conservative MP Pierre Poilievre warned against painting all the convoy participants as extremists just because some in the ranks may be expressing those views.

“Whenever you have five or ten-thousand people who are part of any group, you’re bound to have a number who have or say unacceptable things and they should be individually responsible for the things they say and do,” he said. “But that doesn’t mean we disparage the thousands of hard-working, law-abiding, and peaceful truckers, who quite frankly, have kept all of you alive the last two years by filling your grocery shelves with the food that you eat, and filling your homes with the products that you rely upon.”

Conservative Leader Erin O’Toole said Thursday that he would meet with some of the truckers from the convoy, only days after initially refusing to say whether he supported their efforts.

O’Toole said he and his MPs support the truckers and have long stood against the vaccine mandate they now face. In the same breath, O’Toole also denounced people involved in the convoy who are espousing racist and extremist ideas.

“This convoy is really about Mr. Trudeau and the fact that people are tired, there’s a fatigue in this country, there’s division and there aremillions of people who feel they’re no longer being heard,” he said.

“There are other groups using the plight of truckers to bring division, hatred, and we need to call that out and stamp it out because it’s also depriving people’s ability to have their voice heard in Ottawa.”

The Canadian Trucking Alliance has disavowed the protest and said more than 85 per cent of truckers are vaccinated. Many truckers have also posted on social media they continue to do their jobs and that the convoy doesn’t speak for them.