In the midst of a pandemic, it’s better to be safe than sorry 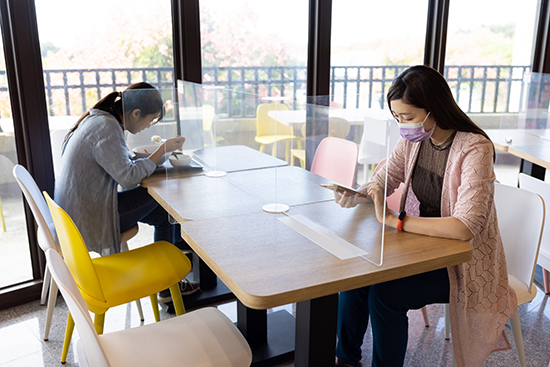 The precautionary principle calls for decisive action to be taken to protect health and safety when one is dealing with the as-of-yet unknown or not understood. (PonyWang/Getty Images)

While it wasn’t as devastating as what we’ve all lived through with COVID-19 these past 15 months, it was nonetheless devastating in its own right. So much so, that Ontario appointed Justice Archie Campbell as an independent investigator under the Health Protection and Promotion Act to lead a Commission of Inquiry into the introduction and spread of the disease.

In his report, it was noted that one of the dangers that follows new diseases is underreaction. It is to be guarded against in times of emergency, and the commission made the point that when the public is faced with the acute dangers associated with a pandemic, the absence of scientific certainty ought not to be used as a reason for postponing decisions or action where there is a risk of serious or irreversible harm.

To put it simply — in a pandemic, it’s better to be safe than sorry.

This idea is known as the precautionary principle, and at its core, it calls for decisive action to be taken to protect health and safety when one is dealing with the as-of-yet unknown or not understood.

Steps on making the return to work safe

This principle has found new (or revived) relevance in the face of COVID-19, and recently it appears to have started to impact employers’ obligations as they relate to worker health and safety.

The most recent manifestation of this principle can be seen in a recent decision of the Ontario Labour Relations Board in which the board applied the principle to uphold orders that the Ministry of Labour had issued against a warehousing and distribution facility.

Briefly, the facts were as follows:

• Workers were able to convene for meals in a 1,200-square-foot lunch room that had been set up to accommodate a very limited number of tables (18), each of which was separated from the other by at least six feet, and seating was limited to 34 spaces.

• Along the tables, each seat area was protected by Plexiglas that extended two feet above the table, and one foot beyond the table.

• As well, lunches were staggered over three separate time periods to minimize traffic, and employees had been instructed and trained to wear and use masks, except when they were seated and eating.

• Finally, traffic-flow markers were installed, and supervisors were staffed to ensure compliance with the protective protocols.

Even with these exemplary measures in place, the Ministry of Labour (on an inspection at the facility) still issued several orders requiring that further measures be implemented.

These included further separating tables so that workers walking between them would be able to maintain six feet on all sides at all times; requiring further lunch areas be provided, and requiring employees to wear face shields in addition to masks when they weren’t eating.

The employer objected to these orders and asked that they be stayed pending appeal, arguing in part that the law of due diligence doesn’t require that all risks be eliminated, but only that reasonable measures be taken to protect workers.

In so doing, it also argued that the requirements exceeded that which was being required by public health units and that the ordered precautions weren’t based on scientific certainty.

The Board dismissed the application. In doing so, it found that the minimum requirements set by legislation (or authorities) were just that — the minimum.

In reliance on due diligence cases, the Board noted that meeting minimum requirements doesn’t necessarily satisfy due diligence, and that in the context of a pandemic where all face increased risk and uncertainty, the precautionary principle demanded that the orders not be set aside.

This case may stand as a warning. It is one of the first that speaks to the Ministry of Labour’s, and the Board’s, expectations of employers when it comes to due diligence during the pandemic, namely that all available precautions that reasonably may have the potential to protect workers should be taken.

In short, if the case is any indication, the precautionary principle may be setting the stage for what may and may not be reasonable while COVID-19 is with us, and, given the risks associated with the virus and the increased penalties associated with workplace health and safety contraventions, employers would do well to take note.

David Reiter is a partner with Aird & Berlis in Toronto, and a regular columnist for OHS Canada.

This Legal View column appears in the May/June 2021 issue of OHS Canada.