Heat stress a common cause of fatigue, exhaustion

Workers must be aware of many negative consequences 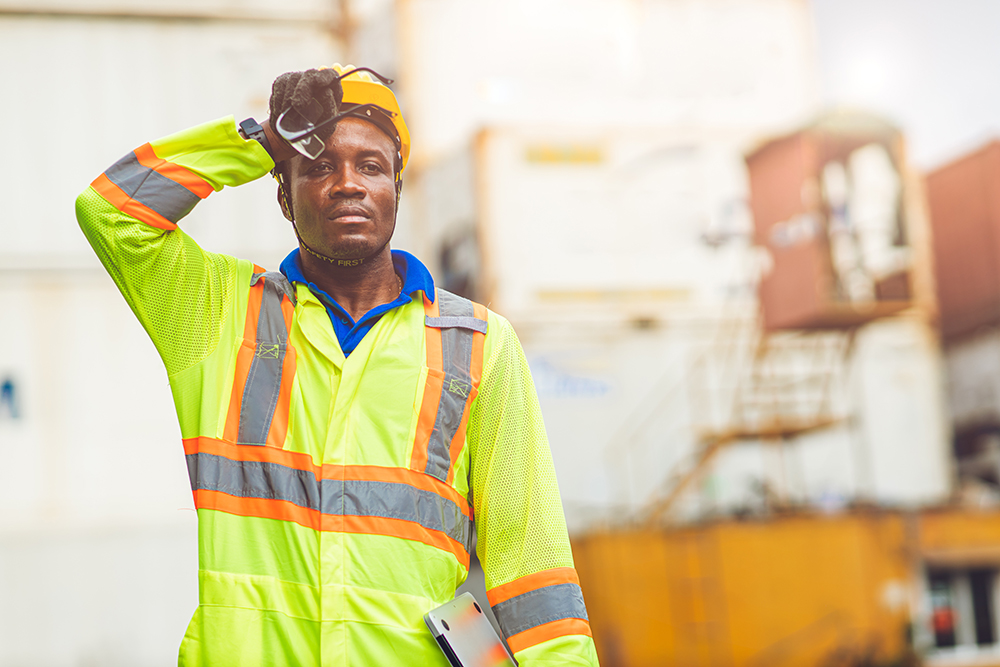 Countermeasures to heat stress can be put into place to ensure a safe and productive work environment. (Quality Stock Arts/Adobe Stock)

Occupational heat stress is the heat load to which someone is exposed in the workplace, which is a function of the environment, physical exertion and clothing.

Heat stress causes increases in both skin and internal body temperatures, leading to dehydration if fluid lost to sweating is not replaced by drinking.

Increases in internal temperature and dehydration have many negative consequences. For instance, the cardiovascular system can become strained, the kidneys are forced to work harder, and cognitive function and decision-making can become impaired.

The common denominator underlying these statistics is that heat stress accelerates the development of fatigue, which can ultimately result in exhaustion. This fatigue is caused by a multitude of changes in the body.

By understanding how heat stress promotes the development of fatigue, countermeasures can be put into place to ensure a safe and productive work environment.

Heat stress accelerates the development of fatigue in two ways — both of which are mostly dependent on how elevated internal temperature becomes.

Heat stress makes this more challenging such that blood pressure is lower during physical work in the heat compared to the same workload when carried out in a cooler environment.

This lower blood pressure during heat stress is accompanied by a higher heart rate to help offset a lower volume of blood ejected from the heart with every beat.

As a result, the demand on the cardiovascular system is greater, which makes physical work in the heat more difficult compared to in cooler conditions.

Importantly, all of this can be made worse by dehydration.

Heat stress can also impair functions of the nervous system.

The nervous system is a way in which signals can be rapidly transmitted throughout the body. For instance, during physical work, nerve signals from the brain tell the muscles to carry out a given task.

Heat stress can alter this process such that to carry out a given task (for example, moving something from one place to another), the nerve signal must be larger during heat stress compared to when the task is carried out in cooler conditions.

As a result, it is more difficult for workers to carry out their normal tasks during heat stress.

If heat exhaustion (a type of heat illness) is suspected, it is encouraged that the worker be removed from the hot environment and fluids are replenished.

Heat exhaustion is serious, but not life-threatening. However, forcing a worker to continue to work despite being exhausted increases the risk of exertional heat stroke, a life-threatening condition.

This is why it’s important to take steps to minimize increases in core temperature and keep workers hydrated throughout the workday.

When working in a hot environment, it is recommended that workers and their supervisors adhere to recommendations by governing bodies.

Implementing these recommendations will largely prevent sustained increases in body temperature and dehydration.

Such recommendations include provisions for workers taking frequent breaks in cooler environments, giving workers regular access to cool fluids and encouraging them to drink, and having workers participate in heat acclimatization protocols — which can improve the capacity of the body to regulate temperature.

Nicole Moyen is vice-president of research and development at Kenzen, a PPE company in New York. She was assisted with this commentary by Zachary Schlader, an associate kinesiology professor at the School of Public Health – Bloomington at Indiana University, as well as Jessica Freemas, a PhD student studying under Schadler.