A glimpse into the world’s largest safety show 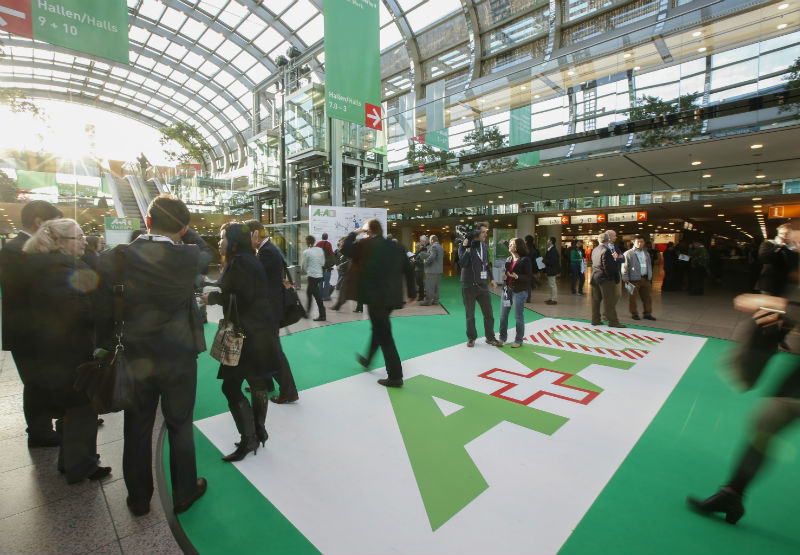 Held every two years, the A+A tradeshow and conference in Düsseldorf, Germany, is far and away the largest safety show in the world.

More than 70,000 people attend the four-day event and the show is spread over 10 buildings — each one of which seems as big as the entire conference hall for typical North American safety shows.

Safety-knife manufacturer Martor had a booth as large as the biggest players at the NSC Congress and Expo — larger than any we see in Canada.

These shows are done differently in Europe. On a macro level, doing business there is much more about relationships.

Some of the larger booths felt more like a lounge than simply a display of the company’s wares. Even the smaller booths had a table and chairs where you could sit down and enjoy a beverage.

While North America has experienced much consolidation, in Europe, each country seems to have retained multiple national champions with the net result being a bewildering choice of products and suppliers.

(I think some of this is likely regulatory driven as the cost of achieving CE certification is far less than what is required for CSA, UL, NIOSH, and so on.)

Asian companies began attending A+A over a decade ago.

At first, most were in small booths and the people there seemed more intent on catching up from their jetlag than meeting new customers.

Today, it’s more of a split.

Europe has always been much more fashion-forward and it shows in the amount of space and huge variety of workwear on offer.

There are still a few areas in the halls that feel like a bazaar with a warren of small booths promoting similar-looking gloves and clothing, but a fair number of Chinese and Indian companies are trying to build their brands. They have invested in larger, more professional-looking booth space and are trying to engage on a different level.

Europe has always been much more fashion-forward and it shows in the amount of space and huge variety of workwear on offer. This is not the land of blue or orange Nome coveralls!

You will find a dizzying array of fabrics — natural and man-made — in every colour of the rainbow.

Safety clothing is not simply to protect; European companies want to project a brand image for consumers, while making employees to be proud of their employer.

In terms of hand protection, there’s less emphasis on leather and cotton gloves in favour of the continued growth of synthetics. Everybody seems to be jumping on the dorsal protection and mechanics glove bandwagons.

But for a show of this size, there seemed to be less presence on the software front.

There were a fair number of suppliers offering one version or another of remote-worker communication and tracking. Yet, compared to North America, it seemed there were far fewer software offerings and fewer training and consulting companies.

Many touted the environmentally-friendly nature of their products, sourcing and manufacturing processes alongside corporate social responsibility.

Until now, that has not seemed to be a significant factor in the buying decisions of customers in Canada or the United States. One wonders if and when that will change.

Bruce Levitt is president of Levitt-Safety in Oakville, Ont.