Employers can be liable for wildfires, too 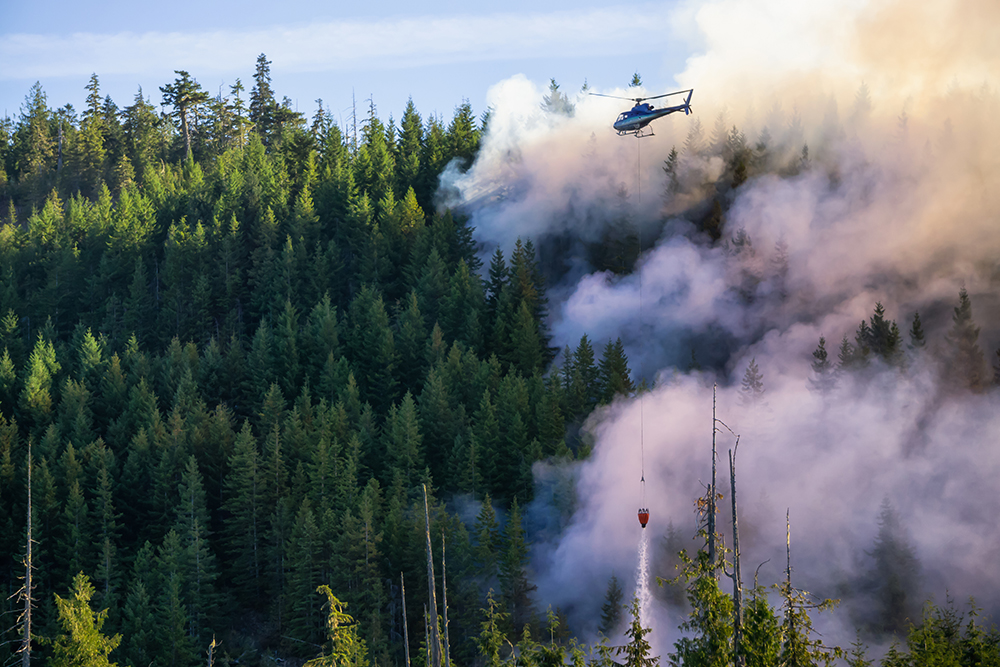 A helicopter fights a fire near Port Alice on Vancouver Island in this undated photo. (edb3_16/Adobe Stock)

Over the past decade, Western Canada has been inundated with the ravages of wildfires.

These fires have burnt down entire communities, caused thousands of people to be evacuated and have seen millions of tax dollars spent in suppression costs.

Many of these fires are caused by human activities which are compounded by climate change and historically poor forestry management practices.

In response to this epidemic, many provinces have strengthened wildfire legislation.

Alberta and British Columbia have increased the fines for corporations who cause wildfires up to $1 million, plus additional suppression costs, stumpage fees and property damages caused by the ignition.

In the case of one B.C. logging company, the bill came to an eye-watering $15 million.

In this particular case, the logging contractor lit a brush fire to burn off remaining branches due to a provincial order, but did not take the necessary precautions to prevent the wildfire.

The contractor believed that even because there was snow on the ground, it was safe.

Wildfires are a different type of threat which seems to defy logic. These fires are able to remain active inside the ashes of burn piles for months without leaving much evidence it is smouldering.

When a wildfire threatens a community, everyone is mesmerized by the wall of fire coming towards the town, but the threat is really the grape-sized fire brands (embers) which can fly up to six kilometres ahead of the fire — causing the majority of the damage.

It resembles a blizzard of fire.

The Institute of Catastrophic Loss Reduction believes that more than 80 per cent of the 2,400 homes lost in the 2016 Fort McMurray wildfire were due to fire brands landing in potted plants, shrubs and trees, patio furniture, gutters full of leaves, and other inconspicuous fuel sources which wicked against the structures to cause combustion.

Each province has different legislative requirements for wildfire protection, but the basics include having dedicated fire watch, wildfire fighting equipment and a dedicated water source for firefighting.

Many companies make the mistake of looking at wildfire legislation without also referencing OHS legislation — or vice versa.