Four workers injured after floor collapses during construction of high-rise in London, Ont. 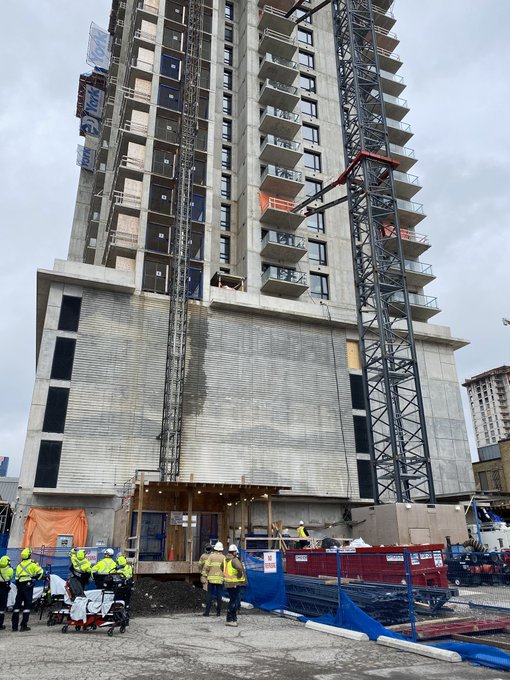 Photo of the building in London, Ont., where the floor collapsed. Photo: London Fire Department

There was a partial floor collapse at a high-rise building under construction today in London, Ont.

No serious injuries were reported, according to local media reports that said four people were rescued.

“Crews have just cleared the scene at the corner of Talbot and York for a construction site accident in a 26 Storey building,” the fire department tweeted. “Fire crews worked with (paramedics) to assist those injured.”

Reports state that rescue crews were able to take a construction elevator to the 19th floor, but had to walk up six more floors to get to the workers.