‘We just gave’r’: Inside the Totten Mine rescue from a kilometre below the earth

39 miners rescued after mine shaft was compromised 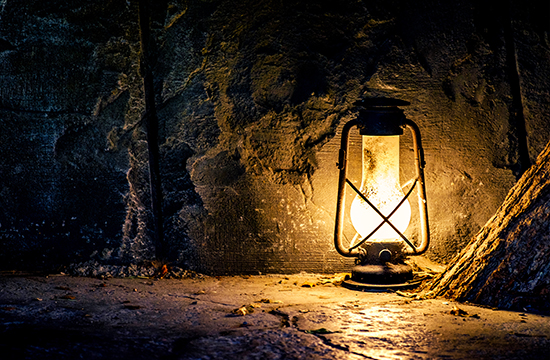 The Totten Mine rescue included climbing a complex warren of ladders at the Vale-owned mine from about a kilometre underground. (ASTA Concept/Adobe Stock)

Danny Taillefer and Jason Leger were in the middle of a first aid refresher course when the phone rang.

Shawn Rideout, the chief rescue officer with Ontario Mine Rescue, was on the other end. There were 39 miners stuck underground at Totten Mine near Sudbury, Ont., after the mine shaft was compromised, he said.

There was another way out: climbing a complex warren of ladders at the Vale-owned mine from about a kilometre underground.

Taillefer and Leger — mine rescue officers with the non-profit who were based in Timmins, Ont. — were told they were needed for a complicated mission, and instructed to bring several hundred kilograms of rope and other gear. Not long after the call on Monday last week, they got in a truck and motored to the mine in Worthington, Ont.

The operation that ensued turned into what Taillefer and Leger called the most stressful event of their lives.

“You just couldn’t control the tears coming out,” Taillefer told The Canadian Press when recalling some of the most intense moments of the mission. “You just walk away, wipe your eyes, get it together and then get back at it.”

Ontario Mine Rescue had been in touch with Vale’s emergency response team since Sunday, Sept. 26, when the workers became stuck underground.

A scoop bucket had dislodged and tumbled down part of the mine shaft, causing major damage, Vale said. The repairs could take weeks, said Ted Hanley, vice-president with Ontario Mine Rescue.

A secondary escape route, required by law in Ontario, would be the miners’ way out.

Taillefer and Leger arrived at the mine around 4:30 p.m. Monday. By that point, part of the 60-person rescue team was already about 564 metres underground, where four miners were in a refuge room.

The team was setting up a series of ropes to go deeper — 960 metres down — where 35 other miners waited, passing the time watching videos on their phones using the mine’s Wi-Fi system.

The rescuers believed able-bodied miners could climb out without much trouble, harnessed to ropes like mountain climbers. But it was clear four miners in the group farthest below the surface would need significant help, Hanley said.

It took about a day to set up the ropes that would help the miners climb out, the rescuers said. Not long after midnight on Tuesday, the workers gradually began their journey up.

The miners closest to the surface climbed out first, in about three hours. Below them, groups of three miners set out with one rescuer above them and one below.

Meanwhile, Taillefer and other rescuers devised a plan for the final four.

“They had been down there for well over 40 hours at that point, they were all exhausted, and some of these guys just physically couldn’t climb a ladder due to old injuries or ailments,” said Taillefer.

With no electricity and only light from their headlamps, the rescuers used the rope system — and a lot of muscle — to pull three of the final four up about 61 metres.

It became clear they needed a better way, Taillefer said.

The crew then employed an AZTEK pulley system, which helped offset the weight of the miners, he said. A single system wasn’t long enough so the rescuers used two, giving them a mechanical advantage that made 10 kilograms feel like one, Taillefer explained.

“It was slow, but it was working extremely well,” he said.

Leger said the double pulley system made a significant difference. “It was a big change and made things go a lot faster,” said the 49-year-old.

The operation was nonetheless exhausting. It would take three minutes to raise a miner up a six-metre ladder, Taillefer said.

“Then we’d rest for 15 minutes,” he said, adding that he’d lie down and try to sleep.

The rescue crew would then reset the pulley system, and start all over again with the next ladder.

“Our very last guy took us probably about eight or nine hours to get them up 30 of the 67 landings,” he said.

The miners weren’t hurt when the mine shaft was compromised and it was up to the rescue crew to ensure they stayed uninjured — that responsibility eventually took a toll, the rescuers said.

“There were times where the stress would just boil over and you would just start to cry for really no good reason at all,” Taillefer said.

For Leger, it was the first time he “felt physical stress turn into mental stress.”

But both said they took inspiration from the miners.

“A lot of these people had kids around the same age as ours and it was really important for us to get them home,” Taillefer said.

The last phase of the operation proved the most daunting.

At about 564 metres underground, the final four miners and the rescuers faced a 122-metre stretch of ladder, at an angle of 78 degrees, with “small landings that you could just sort of scooch over to rest your bum on,” Taillefer said.

The crew set up a two-rope system that three miners clipped into and climbed up, but the last miner was unable to scale that stretch.

The rescuers then set up a winch, placed the final miner in a basket and hauled him up as Taillefer climbed the ladder beside him.

Two hours later, near the top of that section, cold groundwater pouring through fissures in the rock hit the group.

“It was like somebody had a fire hose wide open on you,” Taillefer said.

Wet, cold and exhausted, the group returned to the AZTEK pulley system for a final 61 metres to get to an elevator that took them to the surface, Taillefer said.

It was shortly after 4 a.m. on Wednesday when the final miner and seven rescuers got to that point.

“You would have thought there was 100 people down there screaming, laughing and crying,” Taillefer said of the celebration that broke out.

“And there wasn’t as much as a Band-Aid on anybody,” Leger said.


Related Stories
‘Everyone is elated’: All miners safe after rescue out of mine near Sudbury, Ont.
Rescue underway of 39 miners trapped underground near Sudbury, Ont.
Nova Scotia coal mine receives multiple safety orders and warnings
Nova Scotia mines minister says safety a priority after rockfall at Donkin Mine