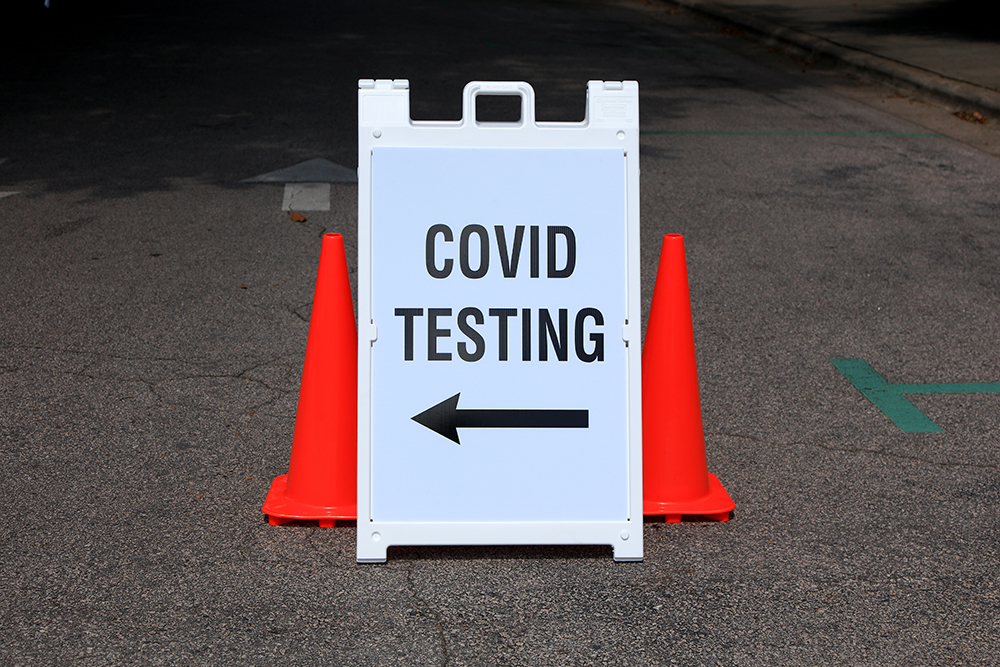 The government plans to ramp up asymptomatic testing in the coming months by sending rapid tests to hard-hit sectors like farms, manufacturing and long-term care. (SNEHIT PHOTO/Adobe Stock)

TORONTO — As Ontario struggles to beat back a dire wave of COVID-19, workplace spread has been singled out by public health experts, mayors and top health officials as a major source of infections.

Epidemiologist Colin Furness at the University of Toronto’s Dalla Lana School of Public Health said there should be clear consequences for employers that don’t take proper precautions at this point in the pandemic.

“We know from contact tracing data and outbreak investigations what some of the most risky environments are. We should be coming down on them like a ton of bricks,” Furness said.

Hundreds of people have been infected in recent outbreaks linked to workplaces, including at least 121 workers at a Canada Post facility whose cases were reported this week and more than 140 people at a Cargill-owned meat processing facility in Guelph, Ont., last month.

Hundreds of migrant workers tested positive on Ontario farms last summer, and more than 5,000 long-term care staff have been infected to date.

But observers said there isn’t consistency when it comes to penalties for employers, or even naming workplaces where outbreaks happen.

Traditionally, workplaces have been challenging for public health because harsh enforcement might mean future issues are covered up, Furness said.

There are some signs of change, however, led by Toronto Public Health. The health unit said this month it would name employers with significant outbreaks and enforce reporting of cases among workers, a move Furness called “revolutionary.”

Putting pressure on employers is also important to make sure other measures are effective, Furness said, including paid sick leave, which has become a prominent political issue in Ontario. Mayors from province’s largest cities have been calling for months for accessible, universal paid sick leave so workers don’t come to work sick over fear of losing income — an argument supported nearly universally by public health experts.

Janice Mills, who has a job in auto manufacturing, said sick leave is the biggest issue at the Glencoe, Ont, plant where she works with about 50 other people per shift.

Workers can apply for the Canada Recovery Sickness Benefit introduced to support people missing work over a COVID-19 diagnosis or exposure, but they’re only eligible if they miss 50 per cent of the workweek.

That’s an issue for hourly workers at Mills’ plant, she said, because if someone falls ill on Thursday or Friday, they can’t make use of the benefit until the following week.

“That’s very difficult for people to wrap their heads around,” Mills said.

Labour Minister Monte McNaughton said Ontario isn’t looking to implement its own sick leave policy because there are still millions of dollars available through the federal benefit.

He said the program is sufficient, but workers may not know about it, and he’s asking federal ministers to ensure there isn’t a delay in getting money out to people.

“I feel strongly that we shouldn’t duplicate this program,” McNaughton said in an interview.

Furness said sick leave is important, but it doesn’t guarantee workers won’t face repercussions for accessing it — so employers should be held accountable if people are pressured into working while sick.

Tim Sly, an emeritus professor of epidemiology at Ryerson University, pointed to regular asymptomatic testing as another key measure that would help assess workplace spread.

He noted other regions have made use of rapid tests to find the virus among people who may not know they’re infected, but Ontario has until recently been reluctant to introduce the practice.

“Why we’ve delayed it so often, I have not a clue,” he said. “It costs so little, it’s easy to do, and if you repeat it, you’re getting up to really good standards of screening.”

Some industries in Ontario, such as film and television production, are already regularly testing employees for COVID-19, and the government plans to ramp up asymptomatic testing in the coming months by sending rapid tests to hard-hit sectors like farms, manufacturing and long-term care.

McNaughton said an asymptomatic testing pilot has already begun on construction sites in the Greater Toronto Area, and he said there will be “huge emphasis” on testing workers going forward.

He also pointed to the government’s recent “inspection blitz” of big-box stores, which is expanding to more industries. Most fines have been relatively small, at less than $1,000 per infraction, but McNaughton said some larger investigations are underway, and employers should be aware of the potential for fines up to $1.5 million.

“I hope my message was clear to every big corporation out there, every shareholder, that if they’re not having a safe work environment for their workers, and for customers, I won’t hesitate to shut them down,” he said.

Brittany Nisbett, who works at a group home for disabled adults in the Niagara Region, said new restrictions announced this month haven’t changed anything in her working life — in fact, she said new limits on store hours have made it harder to complete errands during time off.

She said it’s been an emotionally taxing year, especially when co-workers and clients have tested positive for the disease, but one silver living has been growing public acknowledgment of the work she does.

She’d like to see that reflected with a permanent wage increase, paid sick days and more staff for support.

“If you’re going to call us heroes, then I think that we need to be treated like heroes,” Nisbett said.


Related
Health experts urge more preventive action to curb aerosol spread of COVID-19
Mixed messaging on COVID-19 is leading to distrust in Ontario, experts say
Q&A: Preparing for a workplace inspection during COVID-19
How to prepare your workplace for a pandemic