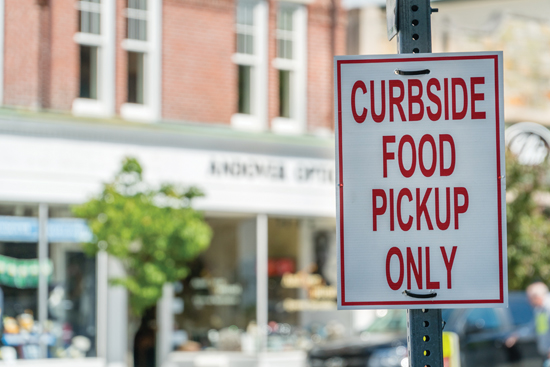 Restaurants in Canada have seen a significant overhaul in operations as a result of the COVID-19 pandemic. (Heidi/Adobe Stock)

Countless industries have been compelled to deeply refocus and reconsider their approach to health and safety due to the demands of the COVID-19 pandemic.

Many within the retail and service sector, however, are in the unique position of having to balance these changes with an unprecedented fight for their own survival.

As both the executive vice-president of Imago Restaurants and chair of the board for Restaurants Canada — a role she stepped into just as the pandemic hit — Cindy Simpson has been at the forefront of this struggle.

Restaurants have been very hard hit by restrictions, resulting in thousands of closures and job losses.

Leading the way, not for only Imago’s restaurants, but also the 30,000-plus members of Restaurants Canada, Simpson shared that between “being very involved on an industry level and being involved on a company level, it basically took all of your brainpower available, every day of the week, in order to figure out where to go and what to do.” 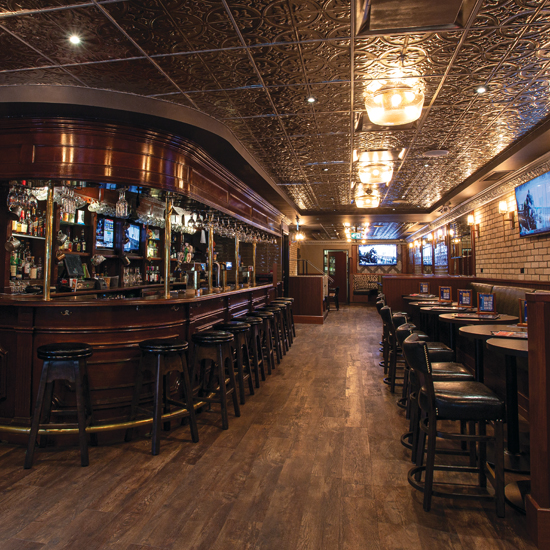 Three of Cindy Simpson’s ‘Duke’ restaurants have closed as a result of COVID-19. (Photo submitted)

For many independent retailers, the direction of the path forward has been limited.

Due to various lockdown measures, 56 per cent of independent businesses remained open nationwide as of April 13, with 29 per cent operating at, or above, normal revenue, according to the Canadian Federation of Independent Business (CFIB).

The strain of these numbers is further reflected in Restaurants Canada’s prediction that at least 50 per cent of independent restaurants will face closures due to the pandemic, a fate that despite her experience and efforts, even Simpson has not entirely been able to escape, with three of her seven “Duke” family of restaurants in Toronto ceasing operations for good.

As disruptive as the financial uncertainty has been, retailers have not let it interrupt the increased demand for OH&S precautions.

In fact, due to the customer-centric and hospitality-focused nature of the work, Simpson said it was an adjustment most in the industry were well-equipped to make.

“We are an industry that is primarily concerned with safety every day of the week — whether it’s food safety, customer safety, or employee safety.”

For Simpson’s restaurants, part of these changes involved a physical overhaul of the spaces themselves, with redesigns that kept safe distance and capacity in mind.

This involved not only rearranging furniture, but also the outright removal of unused seating to ensure patrons or employees did not end up using them by habit.

Another way that businesses have adjusted their operations to correspond more with current safety demands is by changing the nature of their business entirely.

“Some businesses have had to reduce their capacity by a lot,” said Jasmin Guénette, CFIB vice-president of national affairs in Montreal. “And so, one way to adapt to that is to change some of the core parts of your business.”

Examples of these changes include retailers moving operations online, or restaurants shifting to sell groceries, as well.

Making these adjustments to their business has allowed retailers to continue to generate revenue while still complying with
necessary lockdowns or in-store customer limitations.

The front-facing nature of service and retail businesses also entailed another major safety change in these workplaces — the expanded responsibilities that employees now have to not only serve customers, but also to keep them safe.

This commitment to cultivating safety within a business’s customer base has provided employees with a whole new set of duties.

Because of the pandemic, industry workers are tasked with “not only ensuring that all those best practices are in place and following them, but they’re also spending a lot of time reminding and educating customers in those practices,” said Retail Council of Canada’s president and CEO Diane Brisebois, in Toronto.

Brisebois described retail as “a storefront to society.”

At a time when that society is characterized largely by unpredictability and general chaos, employees now have the increased responsibility to act not just as sales representatives and safety educators for customers, but in some cases also crisis managers.

“Generally, the majority of customers are very respectful, understanding, and supportive, but there are always incidents that are challenging,” said Brisebois.

“Cases or incidents with anti-maskers, or incidents with customers coming into the store that say they’ve been vaccinated so they don’t need to wear a mask” have occurred, she said, and employees have been required to apply their de-escalation training in a way that few ever expected.

Training as a whole has found itself the subject of an unprecedented degree of focus, due largely to the continuously changing responsibilities that the pandemic has thrust upon retail employees, according to Brisebois.

While often relegated to part of the onboarding process, the consistent changes to rules and safety protocols have meant that training has become a weekly, if not daily, fixture of the industry.

It’s clear that when it comes to the current expectations of retail employees, “it’s a big difference in the way we do service,” said Simpson.

Due to these widespread changes, she even mentioned that “some employees at other restaurants have said ‘this is too much, I didn’t sign up for this – I’m not going to stay in this industry anymore.’”

For employees who have decided to stay the course, massive changes such as higher health risks, increased responsibilities, and a lack of job security due to rolling lockdowns and restrictions are not just a “new normal” for them to deal with, but also a potential workplace mental health risk.

Of these new factors that workforces must contend with, perhaps the most prevalent and affecting when it comes to mental health is employment instability.

Lockdowns, pivots to digital storefronts, and moves toward take-out and curbside pick-up have all meant that retailers across the country have had to significantly cut down their number of staff. Imago’s restaurants have gone from around 250 employees to a current operating staff of about 20, Simpson admitted.

As employers seek to responsibly manage the effect that this uncertainty can have on their staff’s mental well-being, Simpson recommended approaching the issue with transparency and open communication.

“It’s important to stay in touch regularly, to be honest and tell them what’s happening. If you can’t provide a position for them in the near future, or even in the far future, be honest about that,” she said.

Even with the best intentions, situations where employers are not able to provide current or furloughed workers with the job stability necessary to foster peace of mind are not uncommon. In these cases, Simpson suggested going the extra mile as much as possible.

“There’s a lot you can do for a person as an owner or an operator,” she said. “Help and encourage (employees to) explore other options, or you can even use your connections or influence to get individual employees introduced to other people in or around the industry.”

This case study appears in the May/June 2021 issue of OHS Canada.