Foot protection still No. 1, even as fashion improves

Showcasing the latest in safety boots and shoes 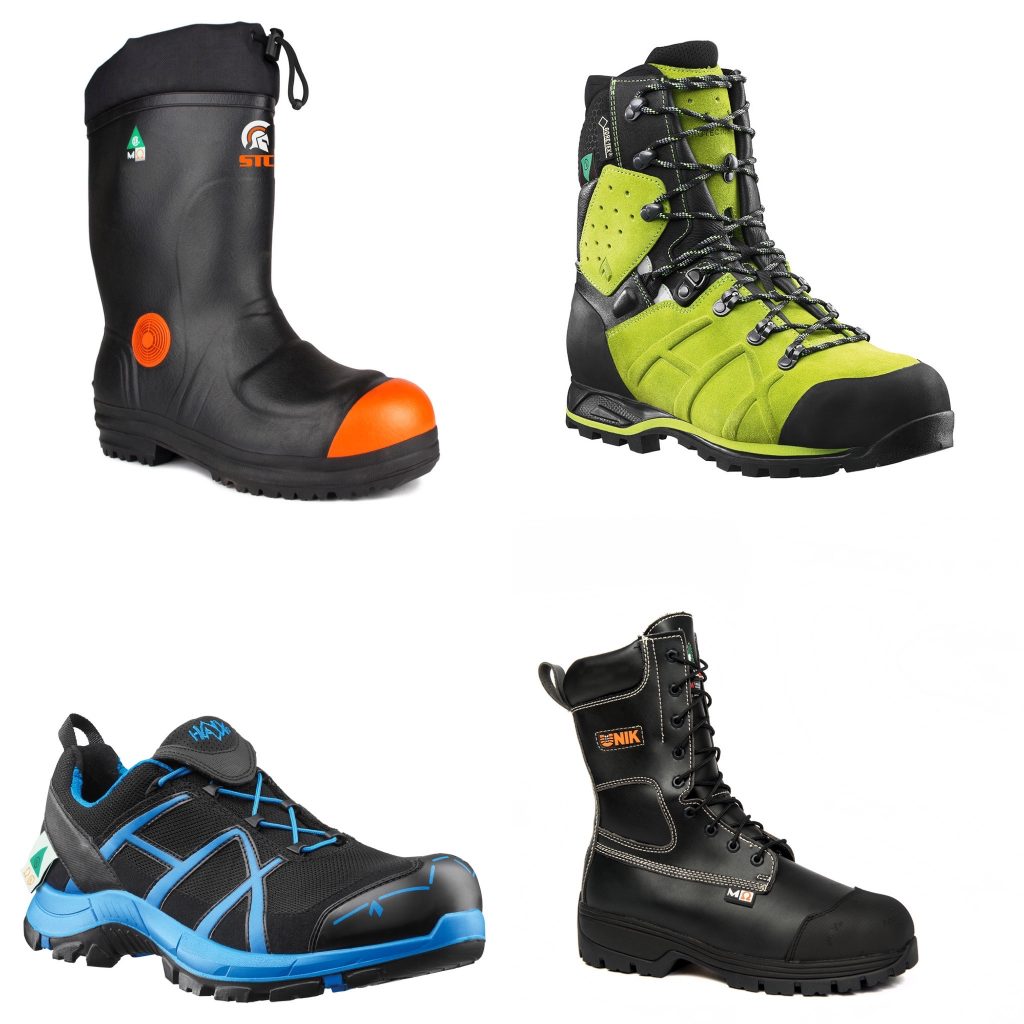 Workers want safety footwear that is lighter to wear, and sometimes more colourful. Yet, safety footwear must have uncompromised protection, even as products become more fashionable and the workforce becomes more diverse.

“We’re not really following the fashion of the retail (stores). The look of the boot is very basic because it’s more (important for the boot) to be good than to look good,” said Marc Labelle, president of Unik Industrial, a shoe manufacturer located in Anjou, Que.

In the past few years, the focus has shifted to include more retail considerations when designing products.

The fully Canadian company is preparing to launch a new model of its Contractor series for retail sale. The latest design will be more of a sporty shoe, suitable for work that does not involve chemicals, like jobs in mines or foundries, said Labelle.

The company’s new Terminator line is geared towards industrial environments.

The past few years have also seen a growing demand for internal met guards on shoes. Usually, the met guard is a hard shell that covers the area between the toes and the ankle and is located on the top of the shoe.

But those can get caught, said Alexandre Bergeron, president of Regence Footwear, a manufacturer and distributor of high-end safety footwear located in Quebec City. Internal met guards are placed under the footwear’s leather.

“The more stuff you put in your shoes, the less comfortable it is,” he explained. “It’s up to the manufacturer to mitigate those discomforts and make it more interesting and easier to wear for the consumer.”

Regence sells the STC Footwear brand, and the Canadian company has a patent for a specific internal met guard.

This guard “keeps the protection, but adds a sponge-like layer so when you move your feet, you feel it less. You’re not touching something hard particular in your feet,” said Bergeron.

Internal met guards are particularly popular in the Prairie provinces, he said, noting that style preferences change depending on the region of the country.

Local economies also dictate what is required for safety footwear. Workers in oil, gas and mining will need footwear that can withstand chemicals and extreme temperatures. Warehouse workers may not require the same protections.

“If you work in construction or a warehouse, you don’t really need any additional feature on the boots,” said Labelle.

As long as the footwear meets safety standards, the biggest difference between various footwear options may be the price.

Certification processes and features like protective toe caps and puncture resistance can add to the cost, she said.

“The cost of the boot can mainly be affected by the quality of materials used, the features the boots have, and how durable they are in the end,” said Longarzo. “You can have a certified boot that is in the low- to mid-range in price, but has poor durability, while boots that are on the mid- to high-end range would have a better quality of materials that last longer, or more advanced features.”

The material used to make footwear can impact how safe it is. Composite materials can be especially problematic, according to Labelle.

“Composite is a light material,” he said. “There is no anti-torsion on that, so it’s very easy to be flexible. It’s easy on some surfaces to twist your ankle.”

All of Unik’s boots are made with the company’s Anti-torsion Support System (ATSS) that prevents workers from injuring their ankles on rough terrain. Some of Unik’s footwear also has an ankle-lock system that keeps feet locked into the boots, similar to the way feet are locked in skates, said Labelle.

For footwear to provide the best protection, a foot must fit in it properly.

HAIX has two-zone lacing which means the top portion of a boot can be adjusted separately from the bottom part of the boot. Tightness around the foot can provide stability, while a looser leg gives flexibility, according to Longarzo.

“The most important consideration in lacing is that it provides better foot — and especially ankle — stability,” she said.

Proper width is also important. Boots that are too small will pinch feet, while boots that are too large will cause the foot to move while it is in the boot. Either increases the likelihood of accidents, said Labelle.

Unik has developed a boot with a 5E width. Only about five per cent of the population has a foot that wide, he said. “If you have a wide foot, it’s perfect.”

Regence carries boots from Acton that are made for people whose “should be wearing the shoebox, not the boot.”
It can be hard to find footwear that suits extra-wide feet, said Bergeron. If the fit isn’t right, the footwear is “useless.”

Typically, if a woman is wearing a shoe or boot that comes in a man’s size, she has to pick a pair that is two sizes smaller than what she would choose if it was women’s footwear, he said.

“It does work, but it’s not great,” he said, noting that the best footwear for women is designed specifically for women’s feet.

Current footwear offerings are “not the best for women,” said Labelle. “It’s always too wide for women, but for today it’s the best we can offer.”

Unik hopes to release safety footwear for women who work in mining in the next few years, he said, adding there’s been an increase in women working in mines and foundries. This line would be patterned after women’s feet, not men’s.

Regardless of who is wearing them, safety footwear must be kept in good condition for equipment to be safe for workers.

The type of work and the chemicals used in it, as well as industry requirements, can all impact how often workers get new footwear. HAIX offers an extended-wear program that helps boots last longer than their one-year warranty. This includes retread with original HAIX soles, new laces and rubber toe bumpers and repairs to stitches, Longarzo said.

But workers still need to be mindful of the condition of their footwear.

“If your tread gets too low, it can affect the slip resistance of the footwear,” she said. “There is a point of no return for retreading. There needs to be some tread left on the boots in order to retread them.”

While safety footwear may be incorporating more colours and different styles to appeal to different workers, the customers’ loyalty is predicted to stay constant.

“As long as the boot works for them, workers will keep it,” said Bergeron. “When you find a good fit for them, they just keep it for a long time.”

This Safety Gear feature was originally published in the July/August 2020 issue of OHS Canada.