Coping with COVID-19 on the construction site

While Toronto Zenith never officially shut down, the company swiftly moved to instil new best practices for health and safety on its worksites in March. (Photos courtesy of Toronto Zenith)

In the previous 24 hours, both the NHL and NBA had suspended their seasons. The Ontario government had announced the closure of schools, and a chain reaction followed that saw places of worship, restaurants and other public spaces shut down in an effort to contain the spread of COVID-19.

The president of Toronto Zenith, a general contracting company in major infrastructure, dropped everything and went into crisis mode.

“We looked at it as a crisis,” said Paganelli. “We just said, ‘What’s going to happen here? Are we going to get shut down? And if we’re essential, how can we actually operate?’”

“Everybody was waiting for a list,” he said. “Who would be essential? Who wouldn’t be? We were trying to figure out — are we going to be able to keep everybody working?”

Before the next business day arrived, logistics had been addressed and several decisions had been made — work from home was instituted for any staff able to work remotely. Staggered shift-start times and physical distancing was implemented at all worksites as business was significantly slowed, said Paganelli.

“We set up a COVID task force with authority, so that they could make decisions. We made it a sense of urgency.” 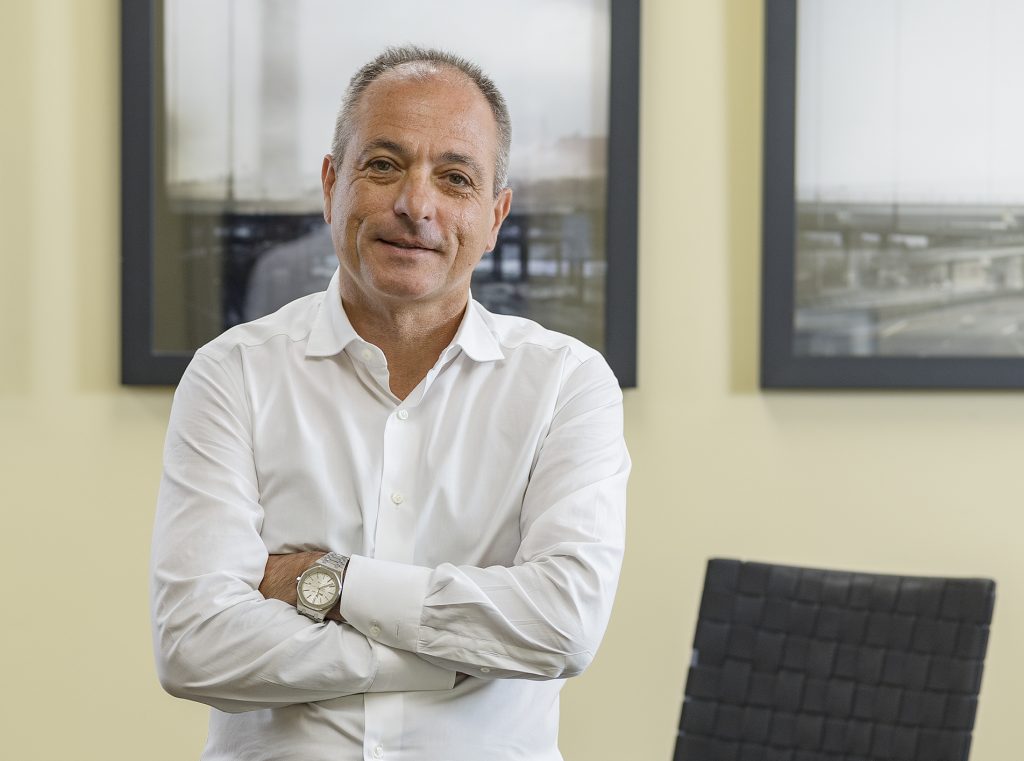 The task force was made up of members of Zenith’s executive team, including construction manager for safety and quality Adriana Torres.

The COVID-19 lockdown began during the same week that Zenith had initiated its spring startup, she said, noting the company had already included a presentation on the coronavirus in its initial employee training.

“There was not a lot of information about COVID-19 at that time,” said Torres. “We wanted to make sure that people knew what it was. We showed a video and we kind of emphasized limiting contact between people, making sure that they washed their hands properly and no handshaking — none of that stuff. At that time, that seemed to be the right course of action.”

At the onset of the public lockdown, things began moving “super quickly,” she said. Anxiety was high amongst the company’s seasonal workforce of about 100 outdoor employees, due to the lack of initial information on the virus.

While Zenith never officially shut down, the company swiftly moved to instil new best practices for its worksites. Paganelli and Torres solicited feedback from the Heavy Construction Association of Toronto and other industry leaders, as well as government. Decisions were made on purchasing personal protective equipment and construction trailers.

“We made it a sense of urgency,” said Paganelli. “We really hyper focused just on the issue. That’s what it makes you do. In a crisis, you only prioritize what you can work on — immediate priorities, and you have to put all other things sort of aside.”

“Because you’ve got to keep revenues going and people working,” he said. “People need their livelihoods, but we also have to do it safely.”

As a general contractor, Zenith worked to ensure its subcontractors were all on the same page when it came to revised OH&S standards, said Paganelli. 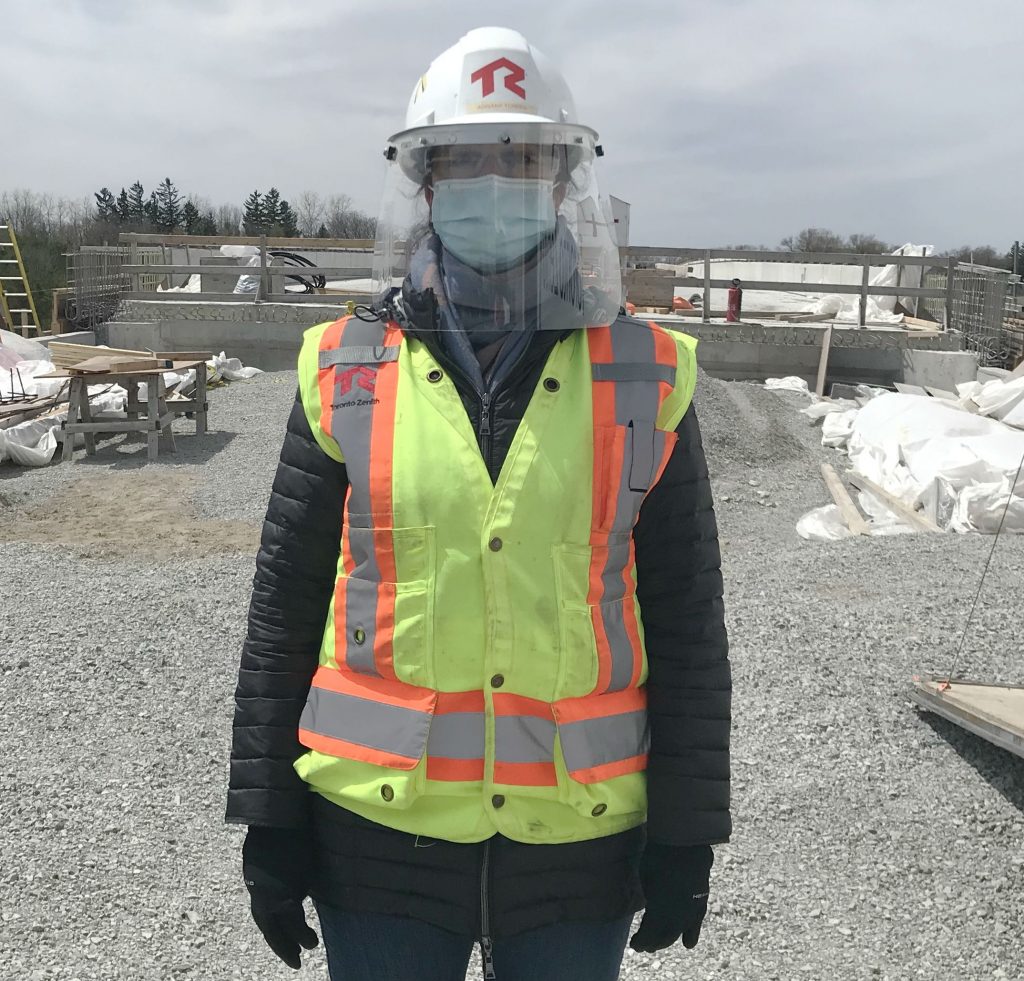 Paganelli communicated regularly with staff through the early days of the pandemic, assuring them they were able to choose for themselves regarding coming to work or staying home and accessing emergency government supports.

“We made sure our messaging was: ‘if you do not feel comfortable, even if we go back to work, you don’t have to come. You don’t have to have concerns. There will be a job back there for you.’”

He recalls the information flying fast and furious in the early days of the pandemic, including media reports, industry association bulletins, advisories from labour law firms and personal phone calls between companies. Policy continued to change from week to week as more information was learned.

Outdoor workers were outfitted with masks, latex gloves and face shields. Initially they were provided N95 respirators, but word of a shortage in the health-care profession saw Zenith donate the rest of their stock to Toronto-area hospitals. Staff were then outfitted with P100 respirators.

One of Zenith’s first actions was pursuing hot running water on each of its construction sites, said Paganelli. “We really wanted to enforce washing your hands everywhere.”

“We couldn’t get our hands on anything, so we kind of had to build our own,” she said.

“It was like a total chaos all of a sudden. We usually have washrooms on site and hand-washing stations, but we needed more than what we usually would have had. So, it was pretty chaotic.”

As for PPE, “initially, we could get the respirators pretty easily,” said Torres. “But at the beginning of April, I think we couldn’t get anything — no latex gloves, no face shields, no respirators, no filters. Even now, it’s really hard to get stuff.”

For Torres, the rest of March into early April was all COVID, all the time.

“Pretty much, I stopped doing any other type of work that was not related to COVID-19,” she said.

“And because I also oversee quality, it was like it was a total shift on everything.”

“People were really afraid. All this stuff in the media, it just didn’t offer a lot of answers… What I did the most was going to every site and try to tell people what we were doing and how relatively safe we are, because we usually work outside,” said Torres. “We had to change the way we operated, but we could keep working.”

“The most important thing for me was to show up to the jobsites. It’s hard to tell people that they have to come to work if you don’t do it yourself,” she said. “We had five active jobsites at the time, so I would make it my purpose to go to one daily.”

By the beginning of April, Zenith had implemented a formal policy requiring workers to complete a self-assessment every day, according to Torres.

And into late summer, the focus on physical distancing continued.

“Now we put a lot of emphasis on having people working far from each other,” she said. “We want to focus on that more, because wearing PPE when its summer … you can’t really breathe.”

“So, if you don’t have to wear your P100 respirator, we want you to be at least six feet apart from one another. And if not, guys wear reusable masks, like the cloth masks.”

In terms of public health guidelines, there isn’t much information about the construction sector specifically, said Torres.

“Because most of the work happens outside, people feel somewhat comfortable, but we still want to make sure that people are not close to each other as much as possible. Sometimes it’s hard, depending on the kind of work that they’re doing.”

Productivity has slowed somewhat and costs have risen in terms of equipment rentals, such as aerial work platforms for removal of concrete from underneath bridges, she said.

“Because of COVID, and because we don’t want them to be too close, we just want one person per machine,” said Torres. “It takes longer and it’s more expensive.”

While company policy remains “if you don’t feel safe, don’t work,” Zenith’s workforce is now back up to full capacity, said Paganelli.

While the initial anxieties have subsided somewhat, Zenith remains hyperaware ahead of a potential second wave of COVID-19, said Paganelli.

“My biggest concern would be that there’s complacency,” he said. “I don’t think we’ve won this battle yet.”

This case study appears in the September/October issue of OHS Canada magazine.