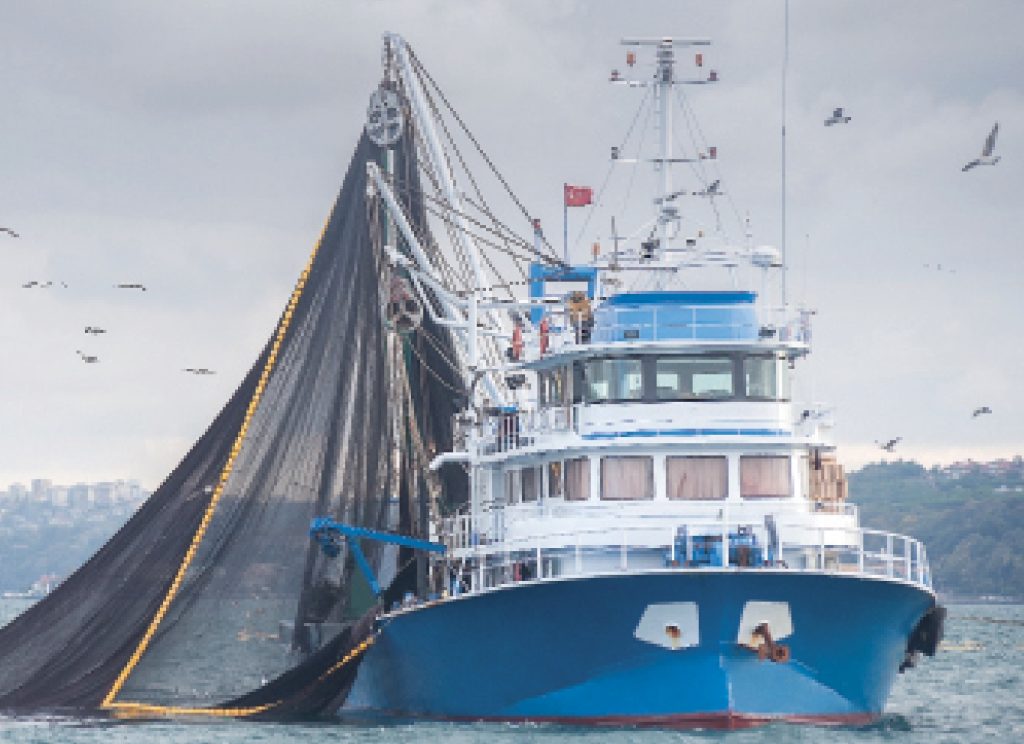 Despite improvements in safety training and awareness, commercial fishing remains one of the most dangerous professions in Canada.

The Transportation Safety Board of Canada reports that 45 workers died between 2018 and 2020, the highest three-year total in 20 years. And fishing safety has been on the board’s watchlist of important safety matters since 2010.

But fishing fatalities are preventable. The Transportation Safety Board also reports that 29 workers died between 2015 and 2021 after their boats capsized or sank without personal floatation devices or distress-alerting devices.

“You’ve got to be prepared for the worst-case scenario, and that’s where we see that they’re not prepared,” said Glenn Budden, a former fisherman and now a senior marine investigator in Vancouver with the transportation safety board.

Proper equipment, including personal flotation devices, life boats, ladders and emergency position-indicating radiator beams (EPIRBs) is crucial. While federal regulations require there to be enough life jackets for everyone on board, and say that all vessels need to have some combination of flashlights and emergency signalling devices, safety professionals are still concerned about ensuring that everyone obeys the rules.

Equipment like personal floatation devices comes in many different styles, so fishermen can find the product that’s best for them, said. Matthew Duffy, the executive director of Fish Safe NS, an organization in Halifax that promotes safety within the commercial fishing industry.

He knows captains that keep several styles of life jackets in-stock so that workers can find one that suits them best.

“I think at this point, we’re at the stage where there isn’t as much excuse not to wear (the life jacket), because there is quite a bit of variety to find one that will fit and is workable,” he said, noting how workers often stop wearing them because they’re uncomfortable, or they get in the way of their work. “I think it is much more attainable now more than it has been in the past.”

Fish Safe NS will cover half of the purchasing cost for life jackets for its members and will deliver them directly to the members. The goal is to encourage captains to keep their stock up-to-date and in good working condition, Duffy said.

For Budden, the need to invest in proper safety equipment is obvious. “It’s a pretty simple solution that can save hundreds of lives over time,” he said.

But the best defense against drowning is making sure that workers stay on-board their vessels, said Pat Olsen, a manager in prevention field services for WorkSafeBC in Courtenay, B.C. “PFDs are a huge safety component,” he said. “But if you’re in the water, it’s going to give you a few more minutes of meaningful time to hopefully get rescued. What causes drowning is workers are ending up in the water,” he said. “They’re not on the boat.”

The Transportation Safety Board has been raising concerns about the need for crews to have adequate information about a vessel’s stability for years.
Crews should have access to reports by naval architects about the vessels where they work, said Budden. Stability assessments aren’t “an exact science,” he said, “but it does give them at least some sort of a measuring stick.” Under federal regulations, stability reports are mandatory for all new vessels that are longer than 9 metres and for herring and capelin boats that weigh more than 15 gross tonnes.

But having reports isn’t sufficient; crews need to be able to understand interpret the report so they know how much weight their vessel can bear, said Olsen. Fishermen need to keep the boat as light as possible, including managing the free service so heavy liquids or fish aren’t sloshing around or keeping hatches and doorways closed whenever possible during fishing so the boat doesn’t take on extra water. Loading needs to be done properly as well.

Even so, it can be difficult for crew members to detect all the risks to a vessel’s stability. “It can be invisible,” Olsen said. “You can look at a vessel and not recognize that it’s right on that knife’s edge of being stable or unstable.”

That’s one of the reasons why crews need to be trained every time they are assigned to a new vessel. Even crews with decades of experience can have accidents if they haven’t been properly trained on the specific vessel where they’re working. Transport Canada certification is important, but “crews need to be orientated to whatever vessel they’re going to be running,” said Olsen.

But injuries can also happen on-board during fishing and processing. Moving, wet surfaces make tripping, slipping and falling key hazards for fishermen. In Nova Scotia, Fish Safe NS stresses the importance of preventing musculoskeletal injuries. This means reminding workers to work in pairs to lift heavy items, or use forklifts if they need to.

It can be difficult to change the culture and show people the need for proper safety training and equipment, said Duffy. “Some folks at the fishery, still like to do things the old-fashioned way,” he said, noting how some workers are reluctant to ask for help when moving heavy objects. “And that’s how some of these injuries happen at times.”

However, he hasn’t experienced much resistance to the need for lifeboats, ladders or other equipment to help fallen fishermen get back on the boat. “The door’s wide open (for conversation),” he said, describing how fishermen often call Fish Safe NS with questions. “The conversations are happening.”

Conway Hutt, an off-shore captain with Clearwater Seafoods, has seen an increase in safety training and awareness throughout his career.

“It’s been slowly evolving over the last few decades to the point that now it’s one of the top concerns when we go to work every day,” he said from his home in Shelburne, N.S. Hutt, who became a captain n 2015, says that workers feel more comfortable raising safety concerns.

All of his workers need to take a WHIMS course just to get on the boat; they come to work wearing hard hats and safety boots. Hutt, his mate and his safety representative inspect their boat before leaving the wharf, and those inspections are compared to inspections that the last crew did when the boat came into the wharf.

There are regular safety meetings during a voyage, and all the information from the meetings is shared with every boat in a fleet. Involving more people in inspections means more problems can get noticed, and fixed, he said.

Hutt makes sure to involve new crew members in safety training, and that each member is trained on all the different roles for safety drills. Because while getting enough fish is important, there’s something more valuable on every boat.

“Every decision I make, that’s in the back of my head: the 25 guys that follow me,” he said.

Meagan Gillmore is a freelance writer for OHS Canada in Ottawa.