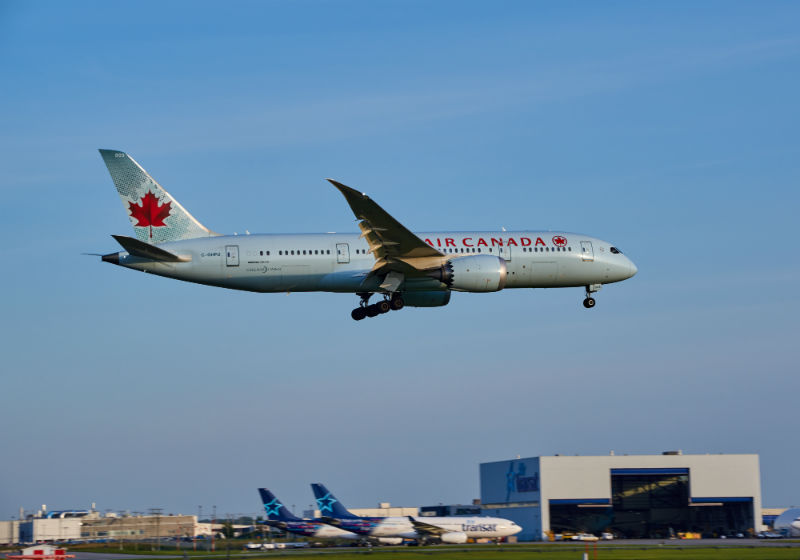 An Air Canada passenger jet slid on a Halifax runway in blustery and icy conditions in March. (dzianominator/Adobe Stock)

HALIFAX (CP) — A report by the Transportation Safety Board says improved runway safety measures have been made at Halifax Stanfield International Airport after an Air Canada passenger jet slid on a runway in blustery and icy conditions in March.

The report says Air Canada Flight 614 from Toronto landed on Runway 23 and began sliding as it slowed near a taxiway during braking, eventually rotating 180 degrees before coming to rest facing the wrong way with all its wheels on the paved portion of the runway.

None of the 211 passengers and 8 crew were injured, and there was no damage to the Boeing 767-375 aircraft.

The TSB says the crew of another plane that had landed just before the Air Canada jet reported braking action as “very poor,” however those exact words were not relayed to the Air Canada crew in the plain language description of conditions they were given by the Halifax tower controller.

“Standard phraseology for braking action is good, medium, poor, or nil,” says the report. “Even though NAV CANADA permits the use of plain language without altering the sense of the message in any way, the words ‘very poor’ were not relayed to the crew.”

Investigators say the crew was told the runway was very slippery and the previous aircraft that landed was barely able to stop at the end of the runway.

“Therefore the crew prepared to apply aggressive deceleration early in the landing roll by using reverse thrust and autobraking, to minimize exposure to the runway, which they understood to be very slippery.”

The report also notes the aircraft landed during a shift change by ground maintenance crews, which can leave the airfield unattended for up to 30 minutes as the departing crew prepares the equipment for use by the next crew.

The TSB says a number of safety measures have been undertaken since the incident, including the installation in July of a next-generation weather information system, which doubles the number of sensors on the field. The system is also designed to automatically refresh on the airfield maintenance supervisor’s portable electronic device.

Air Canada is also installing upgrades to its runway condition reporting system which will include options to ensure automatic updates of runway conditions. And this fall the Moncton, N.B., air traffic control centre and the Halifax tower will conduct annual winter operation briefings to refresh controllers on winter airport operations.

The TSB says to ensure the accuracy of runway surface condition reports, it’s important that a comprehensive runway inspection be performed before the report is issued — especially during times of changing weather.

“Monitoring the airfield at all times is important, particularly during rapidly changing weather, when runway surface conditions can deteriorate quickly,” the TSB report states.