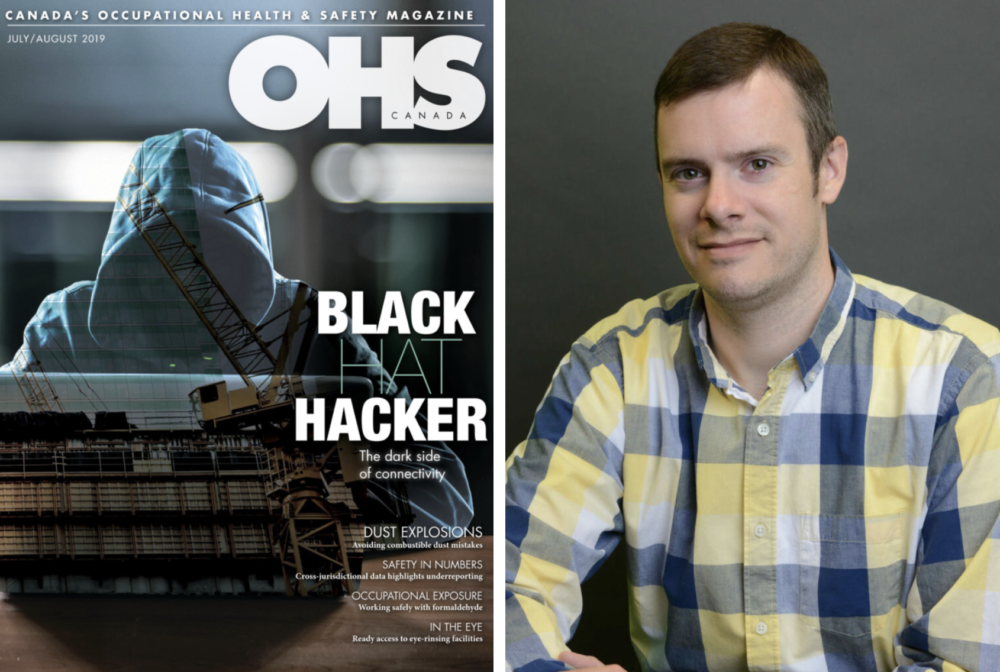 Andrew Snook has earned a national honourable mention for a feature story he wrote for OHS Canada in 2019.           (OHS Canada)

Freelance writer Andrew Snook earned an honourable mention at the 2020 National Magazine Awards: B2B on May 20 for his story featured on the cover of the July/August 2019 issue of OHS Canada.

The cover story, entitled “Black Hat Hacker: The dark side of connectivity,” delved into cybersecurity on construction jobsites, outlining how technologies not previously vulnerable to hacking — such as cranes and industrial equipment — are now fair game.
Snook was one of six up for the Best Feature Article: Trade award offered by the National Media Awards Foundation in Toronto.

“It’s an honour to be named a finalist at the National Magazine Awards: B2B in the Best Feature Article: Trade category,” said Snook. “I want to thank the judges for seeing value in my article, as well as (former OHS Canada editor) Jean Lian and the entire OHS Canada team for doing a great job editing the article and designing the cover of the issue.”

“Hopefully, the article opened some eyes to the important role that cybersecurity now plays in ensuring safe operations across many industries.”