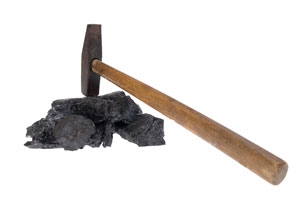 A Cape Breton coal mine that was shuttered two years ago amid slumping coal prices and repeated government stop-work orders following roof falls has resumed operations.

Nova Scotia’s Labour Department says inspectors with its occupational health and safety team were on-site Tuesday as work began at the Donkin coal mine.

The department says it will continue to conduct regular announced and unannounced inspections at the underground operation.

It says work was allowed to proceed following a review of operational safety plans that were submitted by the mine’s owner, Kameron Coal Management Limited.

In March 2020, Kameron Coal said it decided to cease production due to “adverse geologic conditions.”

The decision followed a roof fall on Feb. 13, 2020, in which no one was injured, but the Labour Department suspended operations and sought remediation plans.

The department says work is still prohibited in areas where rockfalls occurred previously.

The company will be required to submit monthly reports on ventilation, main fan and emergency power supply as well as reports on stone dust sampling.

Since it opened in February 2017, there have been 12 incidents where rock fell from the ceiling of the mine’s tunnels, according to Morien Resources Corp., which holds a royalty interest in the operation.

During that time, the department says it completed 102 inspections that resulted in 152 warnings, 119 compliance orders and 37 administrative penalties.

The province says the mine’s current industrial approval expires Dec. 4. A new application from the company was submitted Sept. 6 and the Environment Department is required to make a decision on a renewal within 60 days.