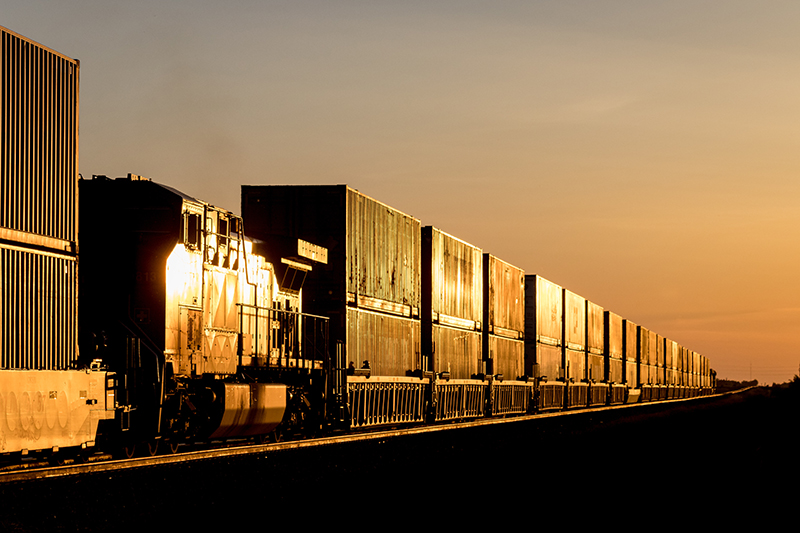 An investigation is underway following a train derailment in rural Saskatchewan. (Steve/Adobe Stock)

LANIGAN, Sask. (CP) — A woman who witnessed the aftermath of a crude oil freight train derailment in central Saskatchewan says the only other time she’s seen flames like that was on television.

Melanie Loessl lives on a rural property about six kilometres from Guernsey near where Canadian Pacific Railway reported a train had derailed about midnight Sunday.

Loessl’s land runs along the railway tracks and she says she’s so used to the sound of trains she didn’t hear anything.

But when she emerged from her home about 1:45 a.m., after firefighters arrived on her property, she saw a roaring blaze at the end of her driveway.

“You could hear the hissing and noise from the cars that were on fire and there was just an enormous amount of flames. You couldn’t imagine it,” she said Monday.

Loessl said she went to see her daughter, who lives nearby, and they talked to firefighters about where to go if they needed to leave.

“We were very scared. We didn’t know if the cars would actually blow up or what they would do.”

CP said in a statement no injuries were reported and evacuations had not been ordered.

Loessl said she had been asked to leave as a precaution around 4 a.m. because the direction of the wind could change, but she returned home about six hours later.

“It’s just so black and it smells really bad,” she said.

The fire was burning close to the road. CP said emergency response and hazmat crews had been deployed and were working with first responders to assess and minimize any impact to the surrounding area.

RCMP blocked traffic on Highway 16 between Guernsey and Plunkett because of smoke from the blaze. The highway was still closed Monday afternoon.

The Saskatchewan government said fire crews were expected to extinguish the fire later Monday and that the smoke would subside. Oil cleanup was also to begin.

It said environmental protection officers were monitoring the site and the air quality, but no advisories had been issued.

“At this time there is no concern to public safety,” said a government statement.

CP said an investigation was underway into the cause of the derailment. There was no immediate word on how many rail cars were involved.

Loessl said there was too much smoke to see how many train cars went off the tracks, but it appeared to have happened at a crossing.

“At the end of my driveway, I cannot look across to the east because the smoke is so black you cannot see anything.”

She believes some oil may have spilled at the end of her pasture and is worried about the possibility of her wells having been contaminated.

CP said initial reports indicated there was no impact on any waterways. Crews were working to clean up, remove derailed cars and restore the area.