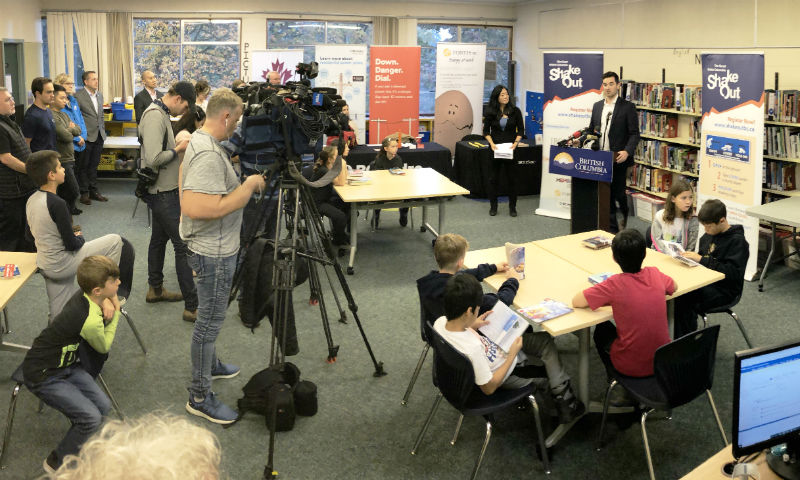 Citizens across the province joined 66 million people around the world for the drill, which walks participants through emergency preparedness in case of an earthquake.

ShakeOut training indicates that shaking ground is seldom the cause of injury. Rather, most earthquake-related injuries and deaths are caused by collapsing walls and roofs, flying glass and falling objects, according to an IBC news release.

Participants are trained to check everyday surroundings for items that should be secured before an earthquake, according to the release. Safe places such as beneath sturdy furniture or against an interior wall should also be identified in advance to quicken response times.

“Government, businesses and all British Columbians have a role to play in building a culture of earthquake preparedness across this province,” said Aaron Sutherland, vice-president, Pacific, IBC.

“By working together, we can make British Columbia a safer, better prepared province for when disaster strikes.”