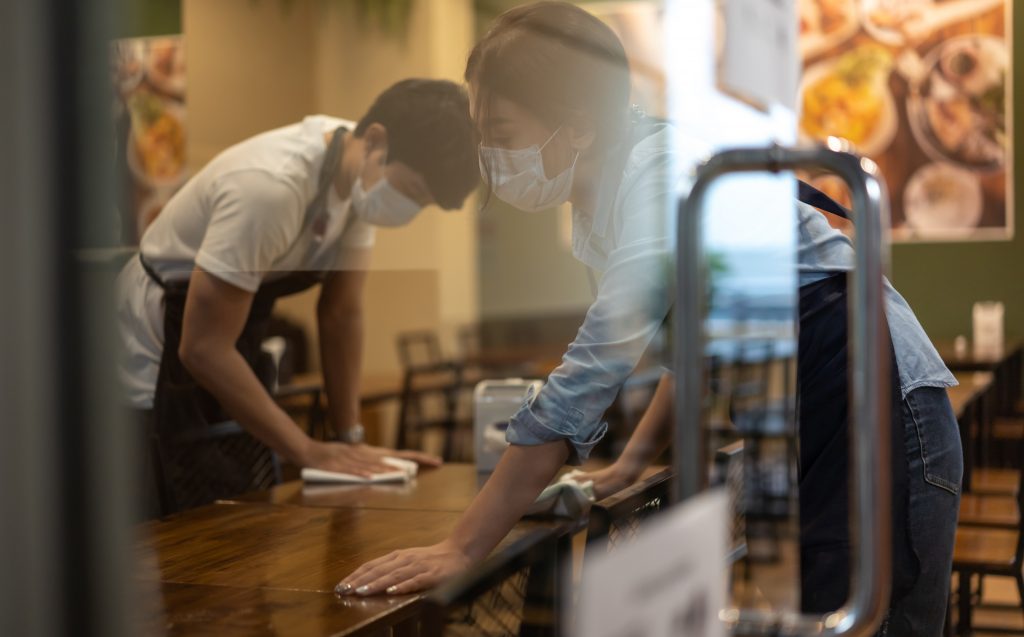 For the next 28 days, bars, restaurant dining areas, cinemas and other venues in some portions of Quebec will be closed due to a rise in COVID-19 cases. (Adobe Stock)

Quebec moved its most populous regions to a maximum alert-level on Monday and Ontario declared itself in the grips of a second COVID-19 wave as both provinces grappled with rising caseloads.

Premier Francois Legault said the greater Montreal and Quebec City areas, along with the Chaudiere-Appalaches region south of the provincial capital, will enter the red alert level on Oct. 1. For the next 28 days, bars, restaurant dining areas, cinemas and other venues in those regions will be closed, he said.

“The situation has become critical,” Legault told reporters, as the province reported 750 new COVID-19 cases Monday. “The number of cases is rising. If we don’t want our hospitals to be submerged and if we want to limit the number of deaths, we must act strongly right now.”

The lockdowns don’t apply to the retail sector or to any other businesses, Legault said: “We want to make sure mothers and fathers can still make a living.”

Legault said schools will remain open, noting that about one per cent of the province’s schoolchildren are at home after outbreaks in their schools. If Quebecers follow the health directives, Legault added, he is optimistic that schools will not have to be shut.

Also in the three red zones, gatherings in private residences are no longer permitted.

Earlier Monday, Premier Doug Ford said the 700 new cases reported in Ontario — the highest daily increase since the start of the health crisis — were “deeply concerning” and warned this round of the pandemic could hit harder than the first.

“We know that this wave will be more complicated, more complex,” he said, again entreating residents to follow public health guidelines meant to help contain the spread of the virus.

The public’s willingness to follow those guidelines will determine if this is “a wave or a tsunami,” he said.

Most of the new cases in Ontario are in the Greater Toronto Area and Ottawa.

Big cities are also proving to be hot spots in Quebec, where new cases of COVID-19 have spiked in recent days.

Aside from the 750 new COVID-19 cases reported Monday, health authorities reported one additional death linked to the virus. On Sunday, Quebec recorded 896 new cases of COVID-19 — its highest single-day jump in months.

Officials in both provinces have hinted at the possibility of additional restrictions in the areas experiencing a surge in cases, but suggested there would not be a return to the widespread lockdowns imposed earlier this year.

While Ford said Monday that “everything is on the table” when it comes to flattening this second curve, Ontario’s chief medical officer of health said the province would take a “surgical” approach in addressing mounting cases in a few regions.

Ontario and Quebec have been the hardest hit by COVID-19, representing close to 80 per cent of all cases in Canada.

Case numbers have increased in other provinces as well. Manitoba reported 39 new cases on Monday — 22 of them in Winnipeg, where masks became mandatory Monday.

In Yorkton, Sask., the RCMP detachment and a high school were temporarily closed because of positive cases, and three staff have tested positive at the city’s hospital.

Alberta’s largest hospital, Foothills Medical Centre in Calgary, was postponing surgeries and restricting visitors as 26 patients and 27 workers contracted the virus. Four patients there have died.

Meanwhile, the federal government’s efforts to fast-track its newest COVID-19 economic recovery package stirred outrage from the opposition, who argued the Liberals forced the issue by proroguing Parliament last month.

The proposed package would establish more flexibility to qualify for employment insurance and set up three new benefits for Canadians who won’t qualify for EI but are still grappling with the economic fallout of the COVID-19 pandemic.

The new program aims to fill the gap left by the end of the Canada Emergency Response Benefit, which took effect in the spring and expired over the weekend.

Last week, Prime Minister Justin Trudeau pleaded with the public to respect public health guidelines, as Canada’s top doctor said the country is “at a crossroads” when it comes to the COVID-19 pandemic.

The federal government also warned last week that short-term lockdowns may be necessary to prevent small clusters of cases from turning into large outbreaks.