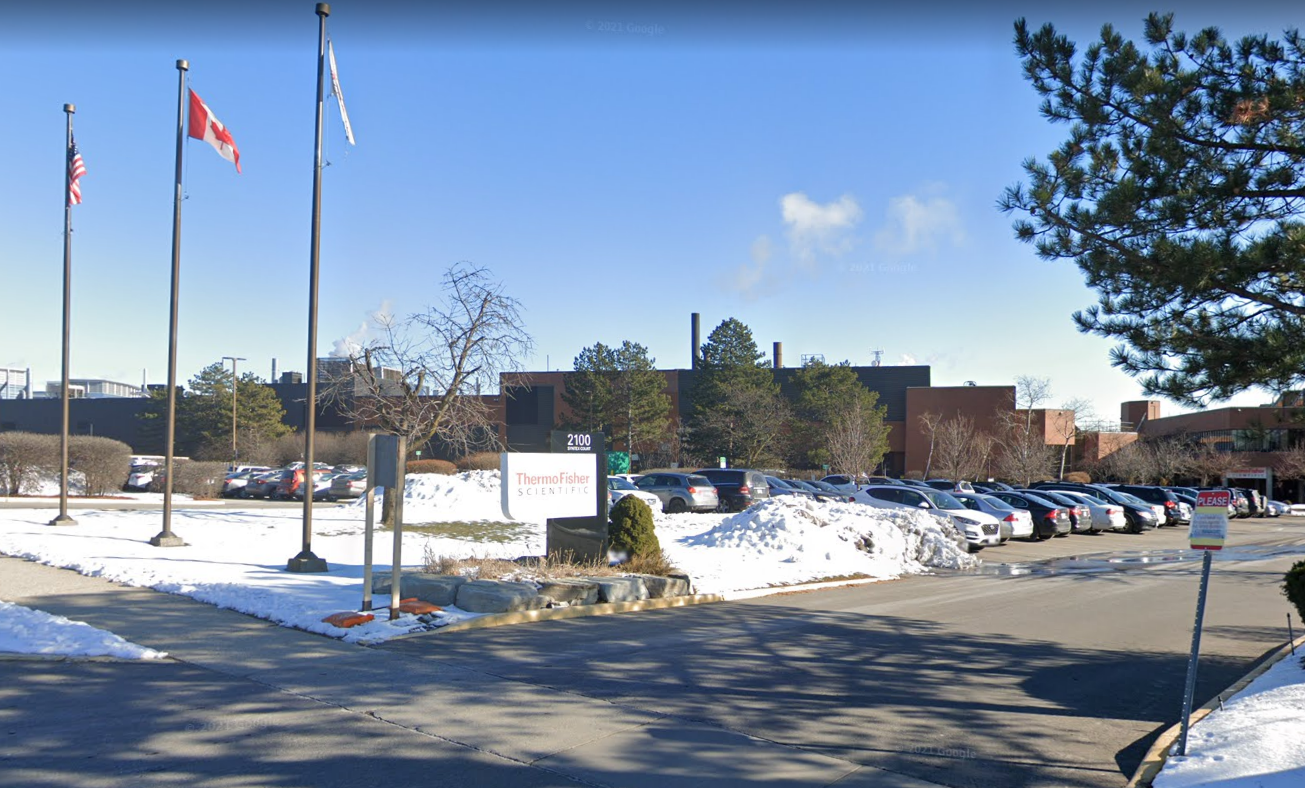 The facility at 2100 Syntex court where the injury occured. Photo: Google Streetview

A pharmaceutical company in Ontario has been fined $60,000 after a worker was injured.

On Jan. 3, 2021, a worker at Patheon was cleaning out a hopper for a dust collection system, which contained a rotary valve with blades.

While the worker was cleaning it, not all the dust or debris came out. As per the usual procedure, the worker then used a stick to bang on the sides of the hopper but that did not dislodge the contents.

Contrary to company policy and training, the worker reached inside to clear the remaining dust and debris with their hand. The hopper was not lockedout during the cleaning process as required by the Regulation, and the blades were still turning.

As a result, the worker sustained injuries.

Patheon Inc., a subsidiary of Thermo Fisher Scientific Inc., failed to ensure that the hopper was locked-out prior to cleaning, contrary to section 76 of Regulation 851 of the Occupational Health and Safety Act, the province said.

Following a guilty plea, the company was fined $60,000. The court also imposed a 25 per cent victim fine surcharge as required by the Provincial Offences Act. The surcharge is credited to a special provincial government fund to assist victims of crime.