The missing link in safety management

True change requires becoming aware of how the brain works 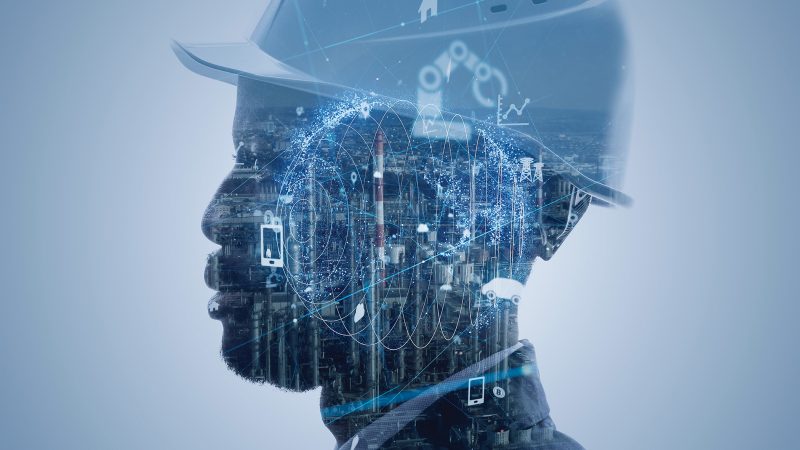 To break a habit, people need to become conscious of their unconscious thoughts, beliefs and emotions. (metamorworks/Adobe Stock)

The most recent statistics from the Association of Workers’ Compensation Boards of Canada (AWCBC) show that in 2017, 951 workplace fatalities were recorded in Canada — an increase of 46 from the previous year. Among these deaths were 23 young workers aged 15 to 24.

Add to these fatalities the 251,508 accepted claims (up 10,000 from the year prior) for lost time due to a work-related injury or disease — and the fact that these statistics only include what is reported to and accepted by the compensation boards — and there is no doubt that the total number of workers impacted is even greater.

Construction was the deadliest industry with 217 fatalities, followed by manufacturing at 160. Trades, transport and equipment operators made up the most dangerous occupations, totalling 486 deaths.

The Mental Health Commission of Canada reports that one in five Canadians experiences a mental health problem or illness each year, which equals 500,000 employees unable to work every week. Stress and trauma are cited as the primary causes.

It was further reported that:

• Forty-seven per cent of working Canadians consider their work to be the most stressful part of daily life — and this data was gathered prior to the pandemic.

Scientific studies show that productivity, creativity and profits directly correlate to the level of well-being experienced by employees in an organization.

Despite the combined efforts and expense of industry stakeholders to reduce serious workplace injuries, why can’t industry seem to make significant headway?

Neuroscience is the study of the brain and nervous system.

The principles of neuroscience not only apply to health, safety and human performance in the workplace, but may very well be the missing link at the root of why organizations struggle to create lasting change.

Every year, organizations invest billions in performance-based training that fails to produce the desired results.

Why? A primary reason is the inability to produce the sustained change required to have a lasting impact on human behaviour.

True and lasting change requires becoming aware of how the brain works and creating deep-seeded habits and beliefs that rest mostly in the unconscious mind.

Let’s talk about stress. The stress response is a primitive survival mechanism intended for short-term duration.

For example, when a deer outruns a wolf, 15 minutes later it goes aback to grazing.

When humans regularly turn on the stress response  — in reaction to production demands, information overload or pandemics — and can’t turn it off, to the body, it’s just like constantly being chased by a “wolf.”

Stress hormones like adrenaline and cortisol continually coursing through the body catabolize and harden tissues and arteries, causing symptoms like stiff muscles and high blood pressure.

In the short term, the body’s immune system is suppressed, resulting in more employee sick days and absenteeism. Over the long term, the body wears out and genes are downregulated for greater likelihood of illness and disease.

The alarming fact is many people are living in an environment of stress for a majority of the time.

Fallout of living in stress

A person living in stress is living in survival mode. They are in self-preservation and, just like an animal, will naturally want to fight, run or hide.

When in stress, blood is sent from the forebrain to the hindbrain, causing it to fire incoherently. In other words, the brain isn’t working optimally.

As a result, workers are more likely to:

They are less likely to:

Emotions create chemicals in the body.

Emotions like anger, frustration or stress send a signal to the midbrain to release about 1,500 chemicals down the nervous system and into the body.

When people are constantly firing negative thoughts and emotions — just like a person who becomes addicted to caffeine or nicotine — they can get addicted to the emotions (chemicals) of anger and stress without realizing it.

That means people can become addicted to a job or a person they don’t even like.

The reverse is also true. Positive emotions produce specific chemicals in the body like serotonin and dehydroepiandrosterone (DHEA).

Some of the benefits of positive emotions include an immune system boost and increases to mental cognition, creativity and focus — to name a few.

This is why it is said that “laughter is the best medicine.”

Shifting culture away from bad habits

What about “bad safety habits” that safety professionals everywhere are perpetually at odds with?

Habits are the recurring, often unconscious and automatic patterns of thoughts, behaviours or feelings that are acquired through frequent repetition.

Like water running down a mountain and carving valleys in the rock, the long-term repetition of habits creates hardwired neuro connections in the brain.

To break a habit, people need to become conscious of their unconscious thoughts, beliefs and emotions. They need to consciously override the body’s desire for the comfort of the old known habit and do it long enough so that old connections in the brain are pruned and new neuro connections — or new beliefs and habits — are formed.

So, what is safety culture? Culture is the shared beliefs, habits, attitudes and ways of doing things (hardwired neuro networks in the brain) of a group of people.

With this understanding of what a habit is, does it make sense why changing habits and evolving workplace culture are difficult?

If we don’t understand how the brain and nervous system contribute to stress and habits, then producing sustained change will be hard, if not impossible, because change requires altering neuropathways in the brain.

It also takes energy and effort. Understanding and applying how neuropathways in the brain are created, sustained and impact human performance provide a doorway to radical shifts in safety performance and culture.

The good news is, there is a science to teach people how to manage stress, as well as how to move from old habits to new ones. Using the understanding of the neuroplastic nature of the brain, a formula can be applied to allow employees to learn new ways to think, act and feel — in short, create a new mindset towards workplace safety and wellness.

True leadership is teaching others to look within to make changes.

When employees feel valued, empowered, in alignment with an organization’s mission and believe they are meaningfully contributing, the natural outflow is engagement and a renewed commitment to the organization’s goals.

This Neurosafety column appears in the January/February 2021 issue of OHS Canada.