New legislation may remove headaches, but will also usher in more trouble 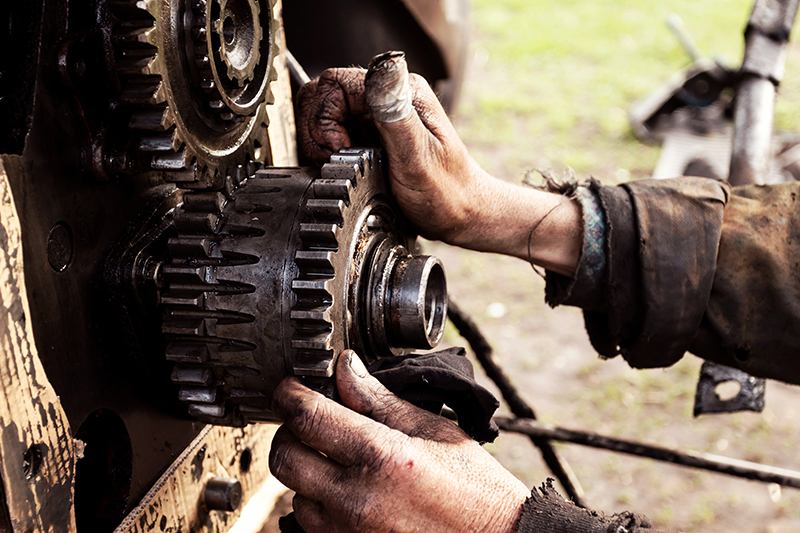 Before the 1980s, farmers commonly used farm equipment and machinery products containing asbestos — a carcinogenic mineral and the only known cause of mesothelioma. (Adobe Stock)

As much as agricultural labour has contributed to Canada’s civilization and culture, farming poses severe threats to workers’ health.

Farm employees are victims of falls, injuries to limbs and exposure to certain toxins. Airborne dangers such as asbestos, carbon dioxide and ammonia have all been linked to serious illnesses within the farming community.

There is an ongoing debate on how to cover health expenses and liabilities from work-related illnesses or injuries and also how to navigate legalities for farm owners in Alberta.

As this subject is currently being discussed amongst government officials, it’s time to shed light on the asbestos-related cancer known as mesothelioma. This important but rare cancer has been diagnosed among the farming community for decades and is still prevalent in Canada — despite a nation-wide asbestos ban.

Before the 1980s, farmers commonly used products with asbestos — a carcinogenic mineral and the only known cause of mesothelioma.

As a result, dairy farmers, sharecroppers, agricultural equipment workers, as well as animal and vegetable farmers may have been exposed to asbestos while on the job. Any replacements, demolition, maintenance, or deterioration of tools and materials containing asbestos could be detrimental to a farmer’s health.

Asbestos is microscopic and impossible to remove from the body once ingested. When asbestos is inhaled, it may get trapped within the lining of the organs, provoking damage to cells which may then result in tumor growth.

Mesothelioma is a rare cancer with one of the longest latency periods. Between 10 to 50 years may pass before a patient is diagnosed.

As such, the government shift in Alberta legislation brings apprehension and division.

More alarming, it could put farmers who are affected by mesothelioma in jeopardy of losing or never having the chance to seize their workers’ rights.

Notley’s focus sought to protect farmers. She referred to past incidences as lessons that made her determined to take action.

Farmers are vulnerable to occupational hazards, which is why there is such a concentration on legislation for this industry and why it is crucial that policymakers get it right. Her efforts went toward ensuring accidents that left farmers disabled or paralyzed, and in some cases killed, were prevented under Bill 6.

Jason Kenney’s UCP wants to replace Bill 6 with the Farm Freedom and Safety Act. He sees how some farmers were struggling financially and left combating the red tape following this enactment. The bill, in theory, was simply meant to enable farmers and promote equality and opportunity.

One of his reasons pointed to the effect of Bill 6, which had conflicting reactions. Farmers argued that policymakers in agreement with the NDP had no relationships with actual farmers. Laws were being passed by people who either never consulted farmers or had no farming experience.

A lingering but deeply unsettling matter belongs to farmers who were impacted by mesothelioma. Notley’s legislation wanted to cover and rightly compensate injured and disabled farmers.

Farming is a unique business, but if farmers have to adhere to Notley’s codes, the management may be more burdensome than beneficial. Farm businesses were trying to meet these demands in a system that favors a one-size-fits-all concept.

The goal is for farmers to have a little bit of flexibility to receive education about worker’s rights and to assimilate with contemporary legislation while having the means and time to thrive.

Employees are entitled to protection and security, which Bill 6 and the Farm Freedom and Safety Act asserted.

Policymakers sought these achievements in separate ways. When considering the horrors of mesothelioma, workers are typically granted millions of dollars in settlement. The legislations need to fiercely defend victims before injuries or exposure happens, but also provide justice in case they do.

While these policies are seeking to repair damage following farming and ranching incidents, Kenney promises to improve workers’ rights for farmers and ranchers are short-sighted. Alberta farmers and ranchers wonder what exactly the new act will include. The workers’ compensation doesn’t allow farm employees to sue after work-related offenses, a silver-lining for mesothelioma patients.

Mesothelioma cancer is a worst-case scenario. However, realizing how these patients could be affected is vital.

They may be getting lost in the reforms, which can’t quite encompass all potentials and realities of farming and ranching, or not benefitting fully from Jason Kenney’s legislation. Unfortunately, the details of the Farm Freedom and Safety Act have not yet been disclosed.

Alberta’s workers’ compensation board is meant to cover such injuries and to ensure that workers have liability. They also strive to decrease these accidents.

A rising theme in Kenney’s legislation is that farmers want to choose between the WCB and independent insurance companies. With Bill 6, there was the ability to opt-out of WCB, and there is no assurance that the Farm Freedom and Safety Act will mean compliance or have any ties with the WCB either.

Kenney’s act may remove the headaches of Notley’s regulations, but the change could bring more trouble. Until the act is established into Alberta’s administration, farmers and ranchers are left waiting. This is deeply saddening for mesothelioma patients whose life expectancy is short and brutal.

The reservations point to the remaining focus — protection from agricultural casualties. Alberta residents can only hope that this legislation is a solution for both farm owners dealing with regulations and farmhands who depend on them.

Colin Ruggiero is a communications specialist for Mesothelioma.com in Syracuse, N.Y.