Worker died after being pinned by loader in 2018 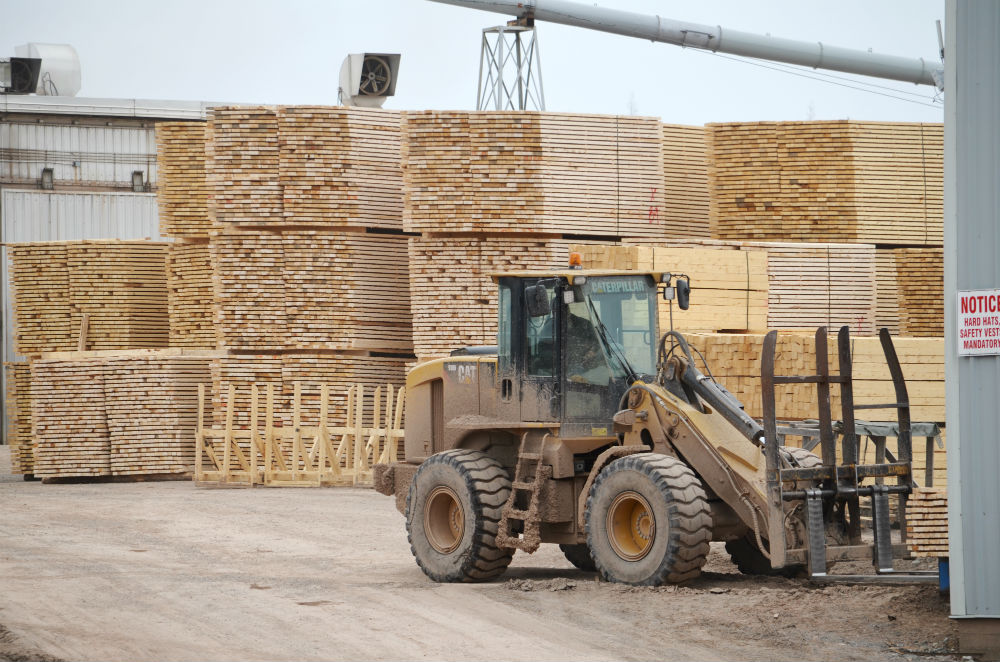 An Ontario worker was killed in 2018 after being pinned by a loader. (Andrew Macklin/Canadian Forest Industries)

The death of a worker in May 2018 has netted a $250,000 fine for a lumber mill in Chapleau, Ont., a community located northwest of Sudbury.

Rayonier A.M. Canada Industries pled guilty after a worker was killed while operating a loader with fork attachments.

A victim fine surcharge of 25 per cent was also imposed by provincial court on Jan. 8, according to a news release.

The incident occurred May 25, 2018, when a worker was removing wood bundles from the mill’s kiln and placing them in the yard.

While the incident had no eyewitnesses, it is believed that a load of wood had been placed in the yard and that the worker had reversed the loader, then gotten out of the machine to place three small wood pieces known as crossers on the pile, so as to create a space between the original bundle and the next bundle to be placed on top of it.

Two crossers were placed, and it is believed that the worker was in the process of placing a third crosser when the loader rolled forward and pinned the worker, who died as a result of injuries incurred.

Inspection of the machine revealed no mechanical defects. However, it was determined that the brake actuator had been modified by the addition of a spring which made the parking brake easier to release.

A Ministry of Labour investigation also revealed that the forks of the loader had not been lowered securely to the ground and that the machine had been parked on sloped ground. In addition, no wheel chocks had been applied to the wheels.

Rayonier A.M. Canada Industries pled guilty to failing as an employer to ensure that a vehicle left unattended shall be immobilized and secured against accidental movement.