Ontario could hit 1,000 daily COVID-19 cases in weeks, according to modelling 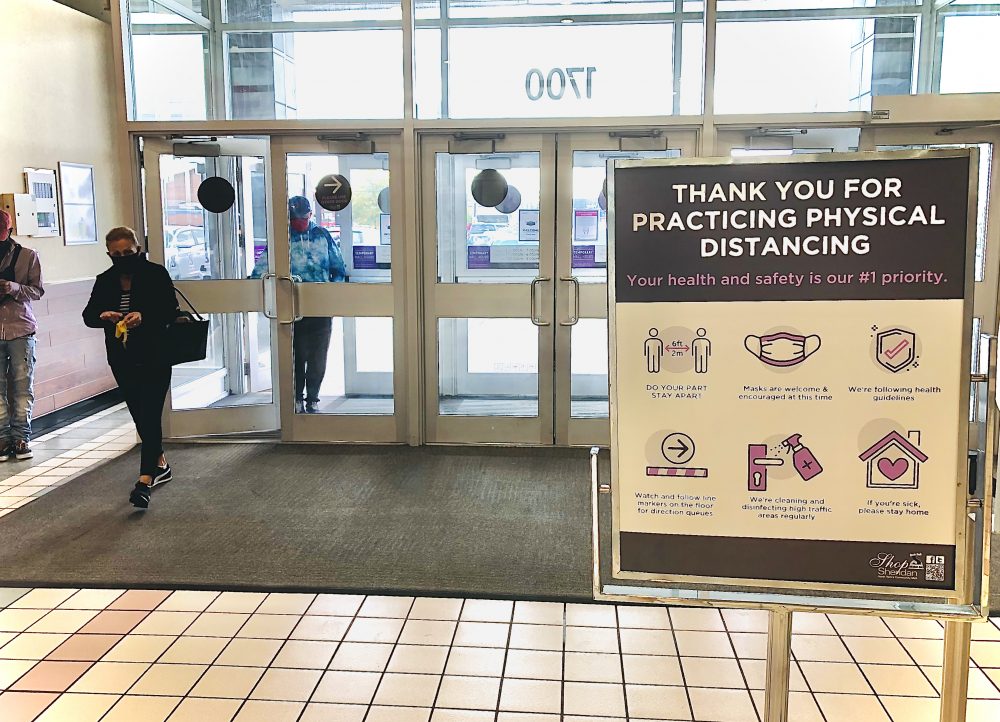 Adherence to public health rules is important if Ontario is to ride out a second wave of COVID-19, says the province’s top doctor. (OHS Canada)

TORONTO — Ontario could see 1,000 new cases of COVID-19 a day by mid-October, the government predicted Wednesday, saying rising infections among young people were driving the spread of the virus among all demographics.

Dr. Adalsteinn Brown, one of those who put together the figures, said a rising number of cases in those aged 20 to 39 are now contributing to spread of the virus across all age groups.

While young people with COVID-19 have lower mortality rates, they can transmit the virus to older people who are more at risk, he said.

“A large amount of infection among young people right now is likely starting to spill over, which is where we see the most tragic and most challenging consequences,” said Brown, who is the dean of the Dalla Lana School of Public Health at the University of Toronto.

The modelling also warns about the risks of increasing occupancy in hospital intensive care units, which Ontario Health CEO Matt Anderson said is just one measure of the virus’ impact on the health-care system.

The province is trying to avoid ordering a total stop to most surgeries as was done earlier in the pandemic, creating a significant backlog. But normal hospital operations cannot be maintained if more than 350 patients are in ICUs across the province, the projections state.

As of Wednesday, 35 people were being treated for COVID-19 in ICUs in different parts of Ontario.

“Really what we’re trying to reflect … is that this disease can have a profound impact on other aspects of our life, and of our society,” Anderson said. “What we want to do is protect those procedures.”

Officials said the latest modelling doesn’t take into account new rules introduced by the government in recent days, such as closing strip clubs and limiting hours of operation for bars and restaurants.

Dr. David Williams also said further restrictions may be issued in the coming weeks if needed.

“We need to pull up our socks,” he said. “We can impact the curve.”

In April, Ontario’s projections said the pandemic death toll could range from 3,000 and 15,000 people depending on the actions taken by government and members of the public.

Ontario reported 625 new cases of COVID-19 on Wednesday and four new deaths related to the virus. It marked a record-high of 700 cases on Monday.

The majority of new cases are in the Greater Toronto Area and Ottawa.

The Public Health Agency of Canada released its own latest modelling last week, predicting up to 9,300 deaths across the country by early October if the current trajectory of the epidemic continues.