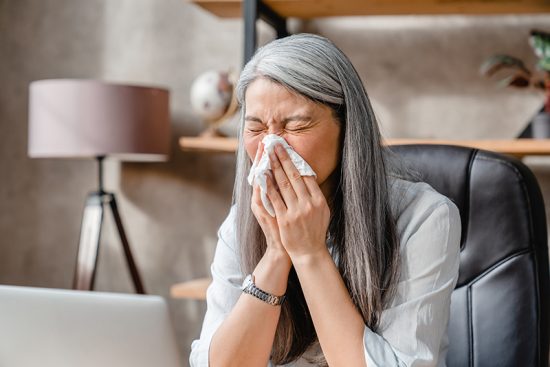 People in Ontario who test positive for COVID-19 no longer have to isolate for five days, the province’s top doctor said Wednesday in announcing what he called a “practical and pragmatic” new approach to the dealing with the virus.

Under the new guidelines, people should stay home until their fever clears and their symptoms have improved for at least 24 hours, Dr. Kieran Moore said.

Moore also said those who have COVID-19 should wear a mask “in any setting” for 10 full days, even if they feel better, They should also refrain from going into high-risk settings, such as long-term care homes, during that time, he said.

“We’re trying to be practical and pragmatic in our approach and these recommendations may change if we see more impact of respiratory viruses on the health of Ontarians and our communities,” he said.

Moore said improvements such as better ventilation and environmental cleaning in schools, combined with the level of immunization across Ontario, mean “we now can have a more permissive approach to return.

However, Moore said the province can expect to see more cases in the fall as people spend more time indoors. Other seasonal respiratory viruses, such as the flu, are also expected to return.

The province is moving away from COVID-19-specific guidance in favour of an “all-virus approach,” he said, meaning the latest guidelines apply to other illnesses.

“This approach should decrease the risk of all respiratory viruses in our communities,” Moore said.

Indoor masking not off the table, but closures and capacity limits won’t happen

Moore said he could make further recommendations on masking indoors if communities were significantly affected by respiratory viruses, but beyond that, he doesn’t see a role for any further public health measures such as closures or capacity limits at a population level.

“We would only even contemplate that and make recommendations to government on that if it was almost a brand new virus that we didn’t have good protection for from the vaccine,” he said.

Some raised concerns about the decision to drop the isolation guideline, saying the move would expose more people to the virus.

“It just doesn’t make sense if we want to at all try to contain the spread of COVID-19, especially in light of the fact that in the province of Ontario the health-care system is in crisis,” said Dr. Michael Warner, a physician in the intensive care unit at Michael Garron Hospital in Toronto.

Lifting the isolation guideline will allow COVID-19 to spread more rapidly, which means it will eventually reach vulnerable people, he said.

Doctor worried about effect on workers

Warner said he’s also worried about the effect it will have on workers.

“If workers are no longer mandated to isolate for five days, does that mean they can be forced back to work even if they’re COVID positive because of what the chief medical officer of health has said?” he said.

The Opposition New Democrats also pointed to the impact on workers. “By scrapping the mandatory five-day isolation period, Doug Ford is once again ducking his responsibility to give workers the adequate paid sick days everyone deserves,” NDP Health critic France Gelinas said in a statement.

The Ontario government recently extended a temporary measure that gives workers three paid sick days until March of next year.

Wednesday’s update also included an announcement that the province will offer COVID-19 booster shots to children aged five to 11 this week.

Appointments will be available through the province’s vaccine portal starting at 8 a.m. Thursday. Parents can also book appointments for their children through their local public health units, participating pharmacies or health-care providers.

Moore encouraged parents to book a booster for their children, particularly those with underlying medical conditions.

Health Canada said earlier this month it had approved Pfizer’s COVID-19 vaccine as a booster for children aged 5-11, to be administered at least six months after their second dose.

Vaccines for that age group were first approved last November.

Wednesday’s announcement came as students in Ontario prepare to return to schools for the first time without COVID-19 restrictions during the pandemic.

Moore said Wednesday the province is still in the midst of a seventh wave, though he said it had already plateaued. Earlier this month, Moore had said the seventh wave had peaked.