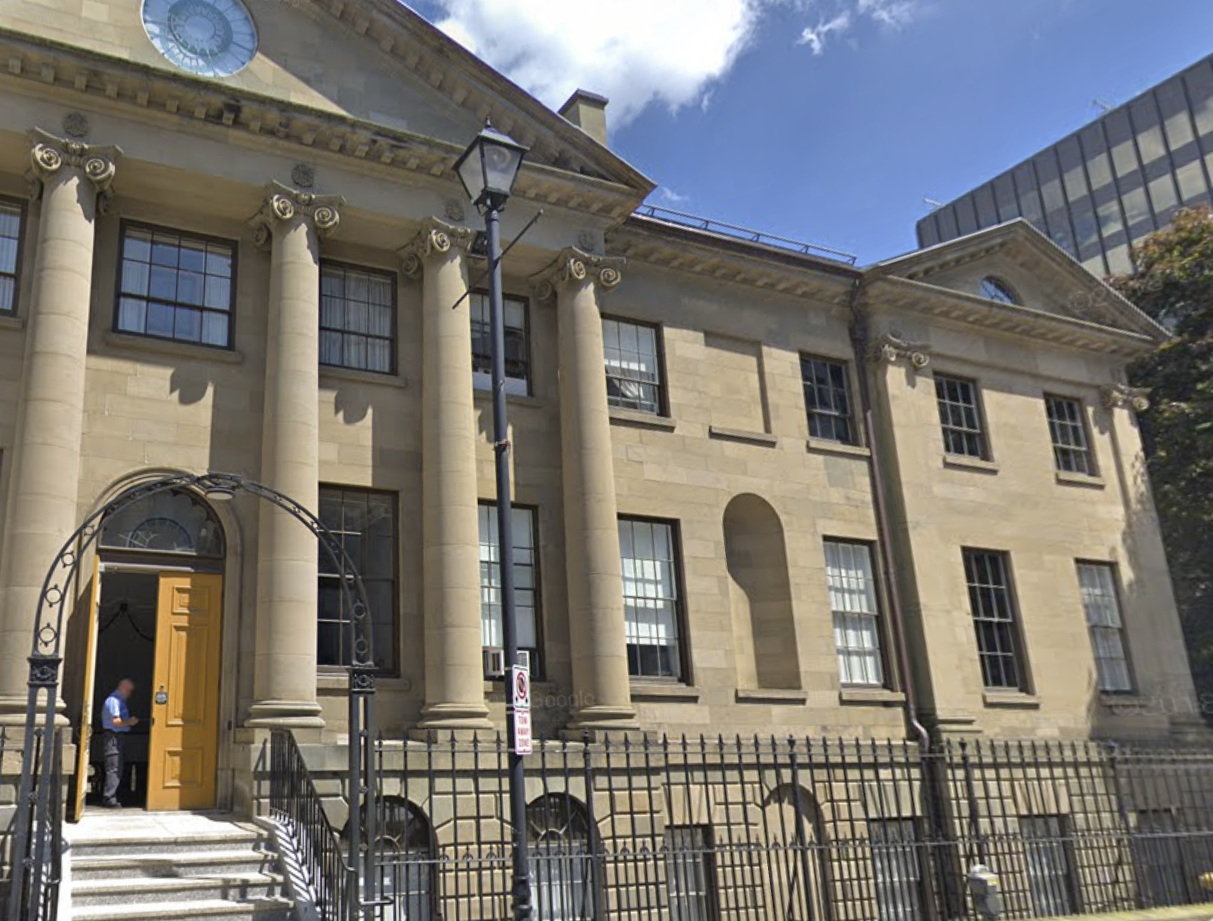 The Nova Scotia legislature’s sergeant-at-arms has been carrying a firearm since 2016. (Instant Street View)

HALIFAX (CP) — Proposed legislation in Nova Scotia would require the legislature’s sergeant-at-arms to carry a sidearm and have the same firearms training as police officers.

Justice Minister Mark Furey says changes to the House of Assembly Act would also designate the position as a peace officer and give the sergeant-at-arms the authority to pursue people who leave the premises of the legislature when required and appropriate.

Furey says the changes are being made with safety and security in mind and are part of conversations that have been ongoing since a gunman attacked Parliament Hill in Ottawa in 2014.

Former RCMP officer David Fraser, who is the current sergeant-at-arms, has been carrying a firearm since he was made a special constable upon his hiring in 2016.

Furey says the weapon carried by the sergeant-at-arms is a 9-millimetre pistol that is currently used by police officers.

The sergeant-at-arms in the legislatures of British Columbia, Saskatchewan, Ontario, New Brunswick and on Parliament Hill carry weapons.


Related Stories
Nova Scotia’s justice minister orders moratorium on street checks
Probe into mass killing in Nova Scotia continues as province grapples with violence
Safety urged ahead of lobster season in Nova Scotia
We all have to do better’: Halifax mayor on systemic racism in Nova Scotia