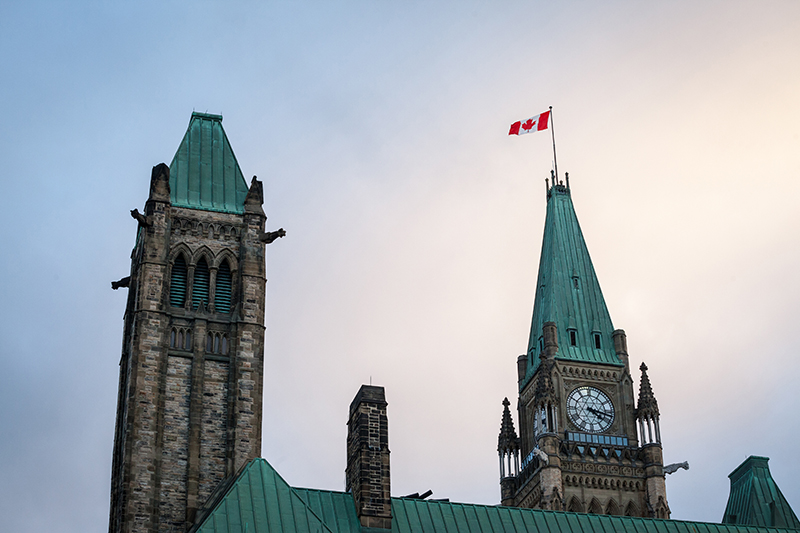 Implementation of a comprehensive pharmacare program is something Canada’s new government will likely push hard on. (Adobe Stock)

Canada’s federal election produced a minority Liberal government that will, in all likelihood, be propped up by the NDP.

Where does that leave health care across the country, moving forward?

Health care typically comes near the top of any list when Canadians are asked about the issues that matter to them the most, but only two issues seemed to draw any significant attention from the political parties in the election campaign: pharmacare and the opioid crisis.

Expect pharmacare, but not in a hurry

On pharmacare, there were clear divisions among the parties. According to the 2019 report of the Advisory Council on the Implementation of National Pharmacare, chaired by Dr. Eric Hoskins, one in five Canadians are at risk of not getting proper medication treatment because they are uninsured or underinsured. According to a poll conducted this summer, more than two-thirds of us agreed with the statement that a national pharmacare program, where the federal government pays for prescription drugs, is something that Canada should have.

Both the NDP and the Greens committed to a universal pharmacare plan by the end of 2020, and Elizabeth May went further, declaring that a Green Party government would pay the full cost for the first two years and after that negotiate a cost-sharing agreement with the provinces.

Justin Trudeau was much more vague, promising $6 billion over four years as a “downpayment” on pharmacare without really explaining what that meant. The Conservatives in the past opposed pharmacare, and all Andrew Scheer said during the campaign was that his party would work with the provinces to reduce the cost of expensive drugs for orphan diseases.

Implementation of a comprehensive pharmacare program is something that NDP Leader Jagmeet Singh will push hard on, and conceivably something that Trudeau will support in order to burnish his government’s image as “progressive.” But the Hoskins report called for pharmacare to be brought in gradually, between Jan. 1, 2022 and Jan. 1, 2027, not by next year.

The opioid crisis also highlighted major differences among the parties. There were more than 12,800 apparent opioid-related deaths in Canada between January 2016 and March 2019, and over 4,500 deaths in 2018.

In the emergency department in Toronto where I work, we see these people every day. Although the number of prescriptions for opioids seems to be dropping, the number of overdose deaths does not appear to be budging.

Safe injection sites are a proven harm-reduction strategy, but the Conservatives are opposed to expanding the number of these across the country. The Liberals expanded the number of sites from one to more than 40, something that they should be congratulated for, and given that the Conservative position is at odds with every other party, that number will not go down and will likely increase.

Portugal decriminalized possession of drugs for personal use in 2001 as part of an approach that emphasized a more health-centred approach to drugs, along with wider health and social policy changes. Since then, drug use in the 15-24 age group has declined, as has the number of new cases of HIV and hepatitis B and C. Drug-related deaths also dropped from about 80 in 2001 to 16 in 2012.

According to a CBC summary of the positions of the parties, the Liberals outright rejected decriminalization of drugs. Singh said that he would declare a public health emergency about the opioid crisis and stop the criminalization of people dealing with addiction but provided no further details.

Only the Greens committed to both decriminalization of possession and ensuring that people using opioids could access a safe supply of drugs uncontaminated with substances like fentanyl or carfentanil.

Sadly, none of the leaders talked about directly addressing poverty, which is one of the key reasons people turn to opioids in the first place.

However, despite some differences in rhetoric, the Liberals and the NDP are not that far apart on what to do about opioid overdoses. We’ll likely get more safe injection sites and more money put into treatment centres. But while both of these initiatives will be welcome, they are only half-measures and will do little to bring down the number of deaths.

Don’t hold out hope for a family doctor

There are many other major problems that our health-care system needs to deal with. These include the gradual encroachment of private for-profit CT and MRI clinics and the need to enforce the Canada Health Act, for instance with respect to making sure that abortion is freely available across the country.

There is also the poor organization of the primary care system that leaves millions of Canadians without access to a family doctor. The Liberals promised that they would ensure everyone has access to a family doctor or a health-care team but the delivery of health care is a provincial matter. Aside from promising money to the provinces for implementing changes to the way that primary care is organized, there’s not much that a federal government can do and the Liberals never mentioned conditional cash transfers.

We may have to wait for another election to hear how the parties are going to tackle these and other issues.