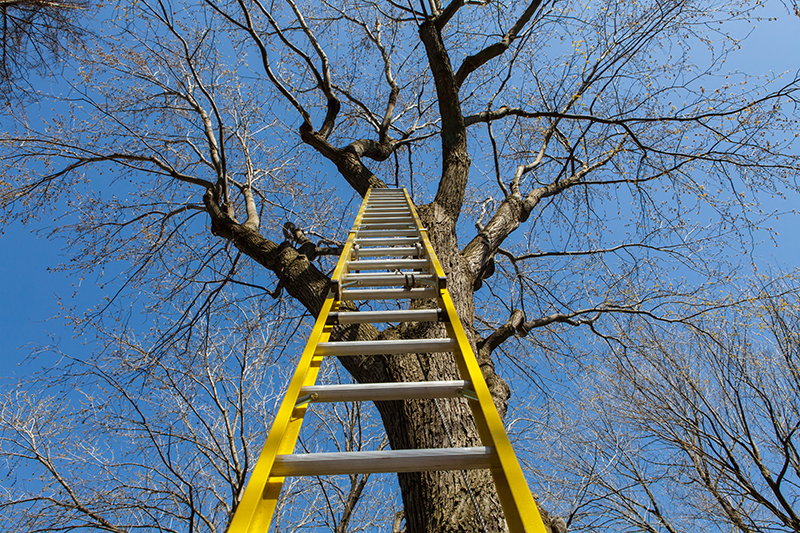 The incident occurred while two workers and a manager were removing branches from an upright tree to make way for the installation of a satellite dish. (Adobe Stock)

A Muskoka landscaping company was fined $45,000 in Ontario court Nov. 6, for an incident in which a worker fell from a ladder while cutting a branch 4.5 metres above the ground.

The company, Patty Mac, pled guilty to the incident, which occurred June 22, 2018, on the business owner’s property in the community of Bala, Ont.

The incident occurred while two workers and a manager were removing branches from an upright tree to make way for the installation of a satellite dish, according to a Ministry of Labour (MOL) news release.

While the original plan was to rent a pole saw to cut the branches from the ground, when such equipment was unavailable, the manager decided the branches would be cut with a chainsaw while using the employer’s extension ladder. The ladder was held against the tree by the manager and the co-worker.

The worker on the ladder did not feel comfortable climbing the ladder with one hand while holding the chain saw, so the manager helped tie a rope to the worker’s waist and the saw.

The worker climbed the ladder to the limb and tried without success to start the chainsaw, eventually returning to ground level.

The manager assisted the worker on the ground in starting the chainsaw.

The worker climbed the ladder with the running chainsaw attached at the waist and started to cut the limb while standing on the ladder. The two others were holding this ladder.

As the worker started cutting the branch, it swung down and hit the tree. Cutting continued and the branch swung further into the ladder, causing it to begin to fall over.

The worker who had been on the ladder fell to the ground and suffered injuries, eventually being taken to hospital. The co-worker holding the ladder was also struck by the falling ladder and sustained an injury.

An investigation by the MOL concluded the worker on the ladder had not received appropriate safety training; did not have experience working at heights or using a chain saw; the ladder was not secured; the worker was not protected from falling in any way; personal protective equipment was not being used; the worker was not directed on how to safely complete the task; and it was unsafe to direct a worker to climb a ladder with a running chain saw.

The Occupational Health and Safety Act requires that a worker be provided with information, instruction and supervision to protect the worker while performing work.