A collection of unusual headlines from during the COVID-19 pandemic 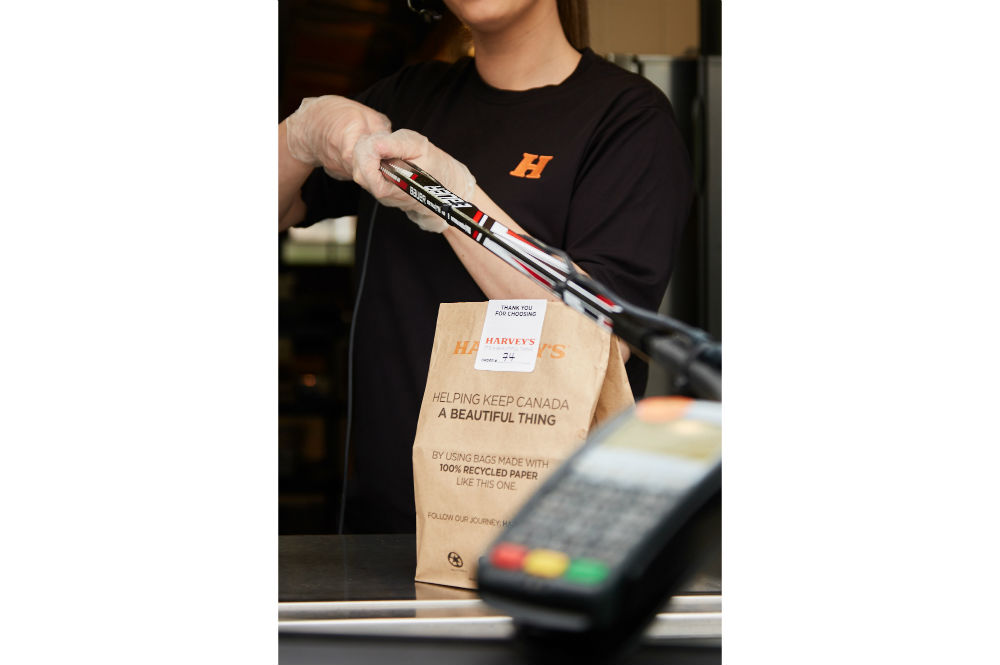 Payment in Harvey’s drive-thrus was conducted by way of pin pad on the end of a Bauer hockey stick during COVID-19. (Photo courtesy of Harvey’s)

VAUGHAN, Ont. — In what can only be described as a truly Canadian response, Harvey’s and Bauer came together in April with a unique physical-distancing measure involving a hockey stick.

Payment in Harvey’s drive-thrus was conducted by way of pin pad on the end of a Bauer stick.

“We’re all one team in combating COVID-19 and in helping to keep one another as safe as possible during this pandemic,” said Mary-Kay Messier, vice-president of global marketing for Bauer Hockey.

“Until hockey restarts, we’re glad to put our sticks to good use helping to protect Harvey’s associates and customers across Canada.”

A portion of all drive-thru sales was also donated to Food Banks Canada during the pandemic.

LETHBRIDGE, Alta. (CP) — An outside police agency is to investigate the actions of officers who forced a restaurant worker in a Star Wars storm-trooper costume to the ground in southern Alberta on May 4 — a popular day for the movie franchise.

The 19-year-old employee, who had agreed to don the white uniform of a Galactic Empire soldier and carry a plastic gun, ended up with a bloody nose.

Lethbridge police said that the costumed woman dropped the toy weapon, but didn’t get down on the ground when officers responding to a firearms call asked her to do so.

Lethbridge police say it’s been determined that their investigation was “out of scope,” so it has been assigned to the Medicine Hat Police Service.

OKLAHOMA CITY (AP) — Two McDonald’s employees were shot and wounded on May 6 by a customer who was angry that the restaurant’s dining area was closed because of the coronavirus pandemic, police said.

A third employee suffered a head injury during the altercation. 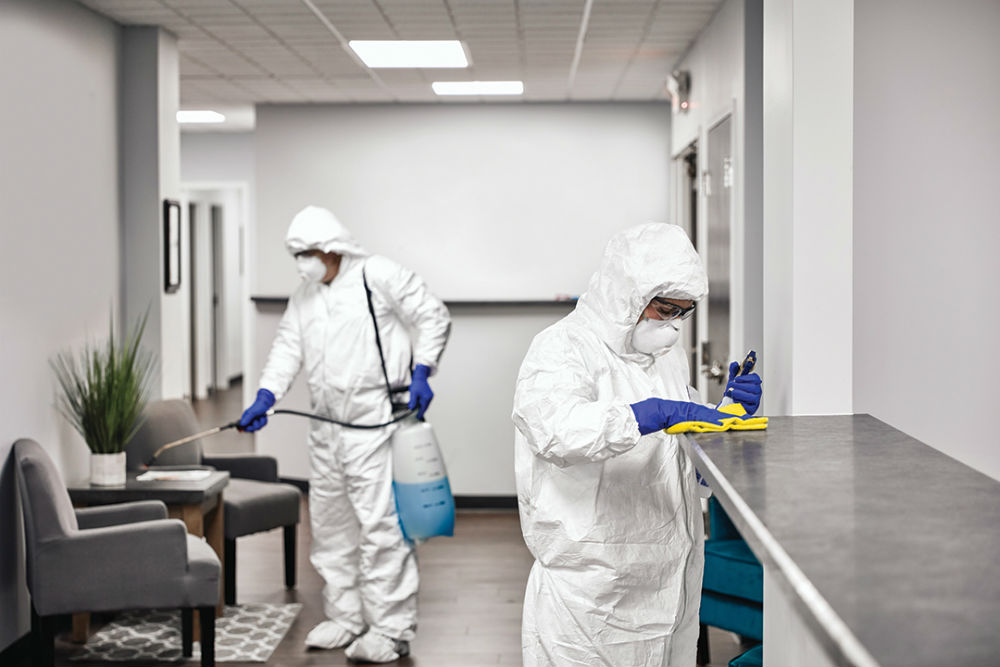 NEW YORK (AP) — Lissette Serrano asked for a mask while she did her job cleaning toilets and picking up trash at a busy rest stop on a Connecticut parkway.

She was told there were none.

Soon after, Serrano came down with coronavirus symptoms and was told by a nurse to isolate for 14 days.

When she told her boss she could not leave home, Serrano said she was fired.

Many cleaners in New York’s Hudson Valley and Connecticut’s Fairfield County lost their jobs when buildings closed or when they were forced to stay home with COVID-19 symptoms, said Alberto Bernardez, a union district leader.

NANAIMO, B.C. (CP) — The RCMP are accusing two teenagers of creating mayhem in a convenience store after shoplifting and then setting off a flare indoors on their way out.

Mounties said in a news release the alleged incident occurred May 2 and caused thousands of dollars in damage.

They said a lone employee reported two young men picked up a few items and, before leaving without paying, one of them discharged a single-tube flare in the direction of the employee.

The fire ignited merchandise and caused extensive structural damage inside and outside the store, and firefighters put out the blaze.

The Prince Edward Island government reopened a liquor store in Charlottetown on March 25 after shutting down all provincially run locations the week previous to prevent the spread of the novel coronavirus.

The provincial government indicated it was improving safety precautions and will provide limited access to more of its stores, citing concerns about people at risk of alcohol withdrawal.

With files by The Canadian Press and the Associated Press

This Time Out feature was originally published in the May/June 2020 issue of OHS Canada.