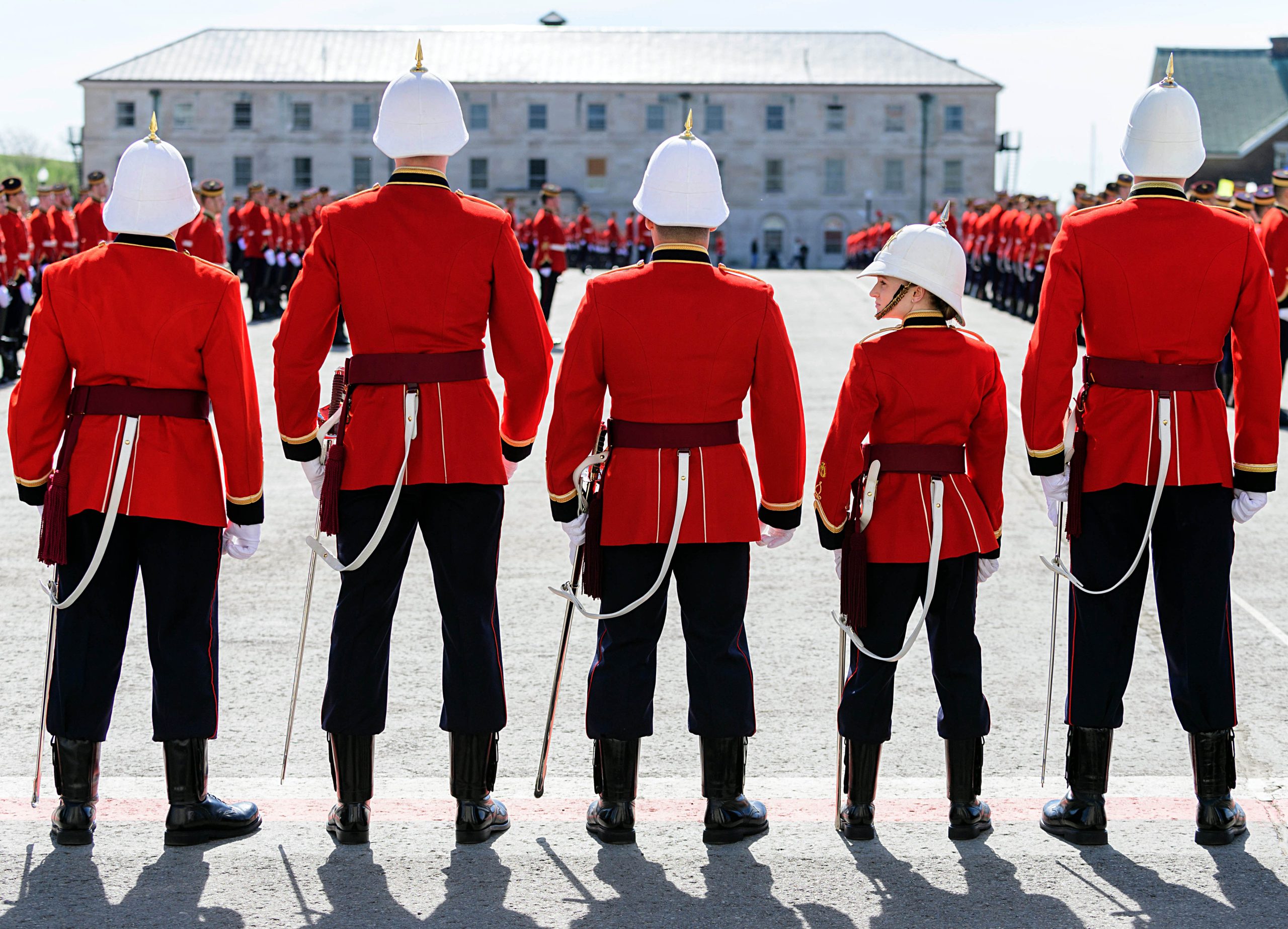 Four cadets at the Royal Military College have died in an early-morning vehicle accident at the institution’s campus in Kingston, Ont., the Department of National Defence said Friday.

Commodore Josee Kurtz, head of the school, said the cadets died in an accident about 2 a.m. Friday.

A statement from the defence department said their vehicle “entered the waters” at Point Frederick peninsula, where Lake Ontario meets the St. Lawrence River. Few other details were released.

“The entire RMC community is devastated by this tragic loss,” said Kurtz.

National Defence said the accident is under investigation.

“The Canadian Forces National Investigation Service is currently investigating, with assistance from the Kingston Police,” it said in a written statement. “As the investigation is in its initial stage, no further detail can be provided at this time.”

The loss of lives was being felt across the Royal Military College community, the department said.

“RMC’s first priority is to ensure our naval and officer cadets, staff, faculty, and families are cared for and supported,” it said. “We extend our deepest condolences to all our members, their families, and their friends during this difficult time.”

Kurtz released the names of the cadets late Friday.

Jack Hogarth was in military and strategic studies and hoped to be an officer in an armoured regiment. Andrei Honciu was studying business administration and planned to be a logistics officer.

Broden Murphy, also a business administration student, was working to become an aerospace environment controller. Andrés Salek, a student of military and strategic studies, also wanted to be an armoured officer.

Kurtz said the families of the cadets have been informed.

Members of the defence community were saddened by the news.

“I am heartbroken that four officer cadets lost their lives far too soon at RMC Kingston this morning,” said Defence Minister Anita Anand. “I offer my deepest condolences to their families, classmates and loved ones as they grieve such a profound loss.”

Chief of Defence Staff General Wayne Eyre said “I am devastated by today’s loss of four of our nation’s young leaders.

“The entire Canadian Armed Forces family grieves with their loved ones and will support them in any way that they need during the challenging and emotional days ahead.” Kingston Mayor Bryan Paterson also expressed condolences to the victims’ families and friends.

“As a member of the RMC community I am absolutely heartbroken to hear of the tragic loss of four officer cadets early this morning,” he wrote on Twitter.

“As Mayor of Kingston I want to express my sincere condolences to their families, friends & everyone at (the Royal Military College.) We stand with you (and) offer our full support.”