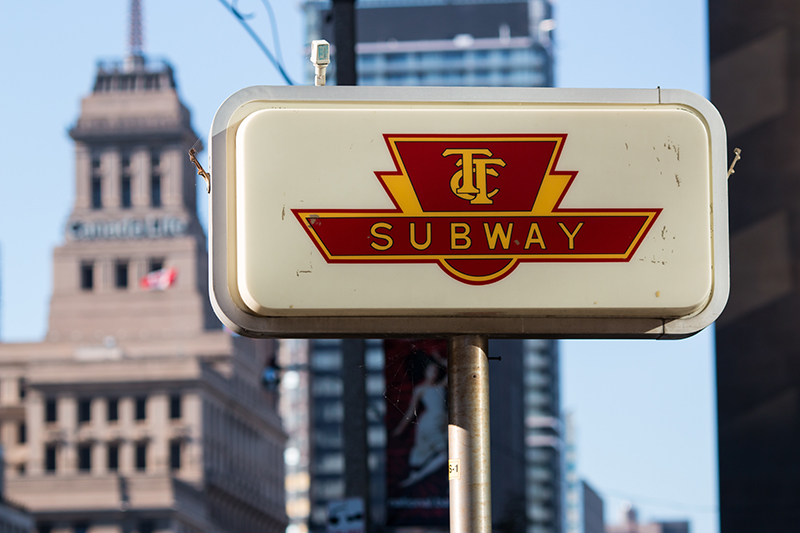 The TTC permitted the discharge of tiny particles, known as PM 2.5, allegedly affecting the health of a former worker. (Atomazul/Adobe Stock)

TORONTO (CP) — A retired worker with the Toronto Transit Commission has launched a court case against the agency, alleging it violated the province’s Environmental Protection Act by allowing harmful contaminants into the city’s subway system.

Donnelly’s lawyer, Eric Gillespie, said a justice of the peace gave the case the go-ahead in a Toronto court on Thursday.

“This issue affects not only workers obviously who are in the system, but as well anyone who uses the system,” Gillespie said. “Putting it simply, we all have to breath. As a result, every person who travels in the system has some level of exposure to these types of substances.”

Gillespie said Donnelly worked for the agency for more than 25 years and now suffers from respiratory issues he alleges are linked to his time in the subway tunnels.

“The TTC has been attempting to address the problem and those solutions have not been effective,” Gillespie said.

Two unions representing TTC workers said they support the prosecution and hope it will prompt the agency to improve air quality in the subway system.

“Everybody is entitled to clean air,” said Gaetano Franco, president of CUPE Local 2. “We’re not just doing this for the members within our unions, but the general public.”

TTC spokesman Stuart Green said the agency is reviewing the legal materials and will “vigorously defend” both itself and CEO Rick Leary against the private action.

“The health and safety of our employees is of paramount importance to the TTC,” Green said in a statement. “To that end, we have undertaken numerous tests on the air quality in the subway system over the past few years, and results show we are well below provincially mandated guidelines. For the small group of employees requiring protective equipment, that is supplied with proper training.”

A spokeswoman for Toronto Public Health said that in 2017, that agency’s board approved an independent study of the health impacts of air quality for passengers in the subway system.

At the time, Board of Health chairman Joe Mihevc requested the report on so-called “rail dust,” which he said studies had determined was created largely from “steel-on-steel grinding between the subway car wheels and the track.”

“In the meantime, Toronto Public Health recommends taking the TTC for the many health and community benefits,” she said in a statement.

Any person in the province can bring a private prosecution by appearing before a justice of the peace and swearing information under oath about an alleged violation of the law.

The justice of the peace must then determine if there are “reasonable and probable grounds” that offences may have been committed, which was the case in this instance, Gillespie said.

Both Leary and the TTC have been charged with violating the act. The allegations have not been tested in court, but if any of the parties are convicted, the penalties can include fines up to $100,000 or a period of jail time.

Earlier this year, Gillespie represented a Chatham-Kent resident who pursued a private prosecution against the Ontario environment minister and a number of energy companies, alleging they violated the Environmental Protection Act while building a wind development.