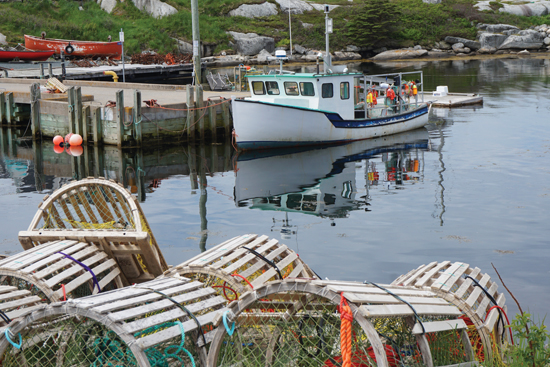 Last weekend, a crab fisher died and another went missing when the FV Tyhawk capsized in rough weather with five men aboard. (PT Hamilton/Adobe Stock)

ELSIPOGTOG FIRST NATION, N.B. — The former chief of a New Brunswick First Nation says she’s concerned the crab fishing season began too early this year after a boat recently capsized off the coast of Cape Breton.

Susan Levi-Peters, former chief of the Elsipogtog First Nation, said in a recent interview more consultation is needed between Ottawa and First Nations fishers about when to open fishing seasons.

Levi-Peters says she and other members of the First Nation were concerned about the timing of this year’s crab fishing season — which usually begins sometime in mid-April — but she says the federal Fisheries Department went ahead and opened it early.

Last weekend, tragedy struck her community when a crab fisher died and another went missing when the FV Tyhawk capsized in rough weather with five men aboard. FV Tyhawk deckhand Seth Monahan died after he was pulled from the water and the boat’s captain, Craig Sock, is still missing.

Lanteigne said members of the industry came together to agree on an opening date, adding that among those present were coast guard, DFO, fishermen’s associations and First Nations fishers.

Inverness South Fishermen’s Association president Jordan MacDougall echoed the sentiment and said he didn’t think the early start was a factor in the accident. ”Weather — whether you go or not — can be bad any time of the year,” MacDougall said in a recent interview.

Levi-Peters, however, said concerns about the early start had circulated in the community and among the fishers themselves.

“They were concerned, but they’re fishermen,” she said. “If the seas are opened, they’re the first ones out there at fishing time.”