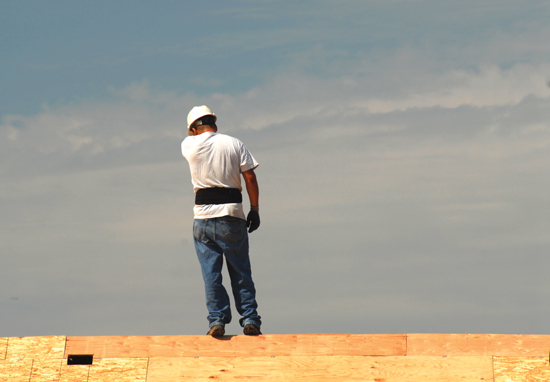 Two companies have been fined $300,000 after a worker was killed in a fall in Brantford, Ont.

At the time of the incident, Upfield Canada Inc. was conducting extensive renovations at its commercial property at 8-10 Craig Street in Brantford, including demolition and roof replacement work.

The roof replacement project required removing the existing flat-roof system, including the pre-manufactured concrete deck and the membrane materials located on top of the deck. To remove the membrane materials, workers used “roof cutters,” which are devices resembling large circular saws mounted to a rolling cart that the operator walks behind. The roof membrane materials were cut into chunks and removed. Then the exposed concrete roof deck was swept and cleared of remaining debris in preparation for its removal.

On April 1, 2021, a worker, employed by Provincial Industrial Roofing and Sheet Metal Company Limited was pushing a wheelbarrow of debris towards the disposal chute when the concrete roof deck panel beneath them collapsed, causing the worker to fall and be fatally injured.

Upfield Canada Inc. failed, as a constructor, to protect workers from the hazard of falling through the roof contrary to section 23(1)(c) of the Occupational Health and Safety Act.

Provincial Industrial Roofing and Sheet Metal Company Limited failed, as an employer, to take the reasonable precaution of ensuring that a worker was protected from the hazard of falling through the roof contrary to section 25(2)(h) of the Occupational Health and Safety Act.