Vaccine prevented nearly 60 per cent of recipients from infection 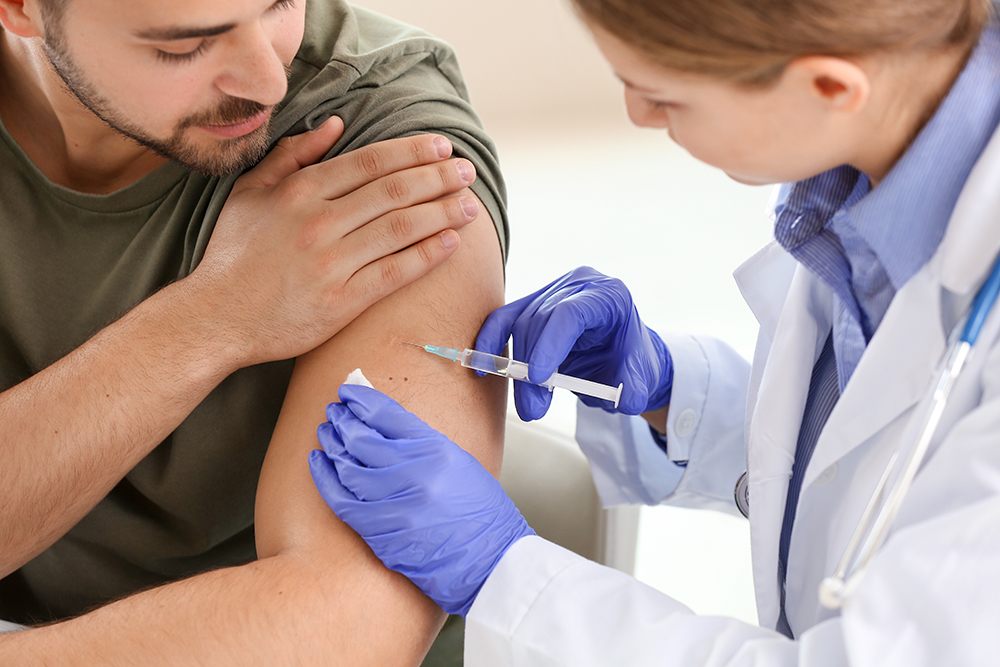 The 2019 flu shot prevented about six in 10 who received it. (Pixel-Shot/Adobe Stock)

VANCOUVER (CP) — Getting vaccinated for the flu may have prevented about six out of 10 people from becoming infected in an early Canadian flu season, says a study involving a network of family doctors who monitored patients in British Columbia, Alberta, Ontario and Quebec.

Dr. Danuta Skowronski, lead author of the study and lead epidemiologist for influenza at the BC Centre for Disease Control, said the study involved about 2,800 patients who were seen by their physicians for a flu-like illness between Nov. 1, 2019 and Feb. 1.

The current flu season was the most unusual in about five years because of an early spike in influenza B as influenza A was circulating across Canada and the northern hemisphere.

Skowronski said the doctors are part of the Sentinel Practitioner Surveillance Network involved in helping to determine vaccine effectiveness. They took nasal swabs from patients who were at least a year old and were seen within seven days of the start of symptoms such as fever, cough and sore throat.

The study, published Thursday in Eurosurveillance, a journal on infectious disease surveillance, epidemiology, prevention and control, found about an equal number of people were sickened by influenza A and B.

“This vaccine prevented about 60 per cent of cases of influenza that would have otherwise occurred in unvaccinated cases,” Skowronski said.

She said vaccination effectiveness was estimated by comparing vaccine coverage of patients who tested negative for influenza versus those who tested positive.

The so-called test-negative method was pioneered by the BC Centre for Disease Control in 2004 and has come to be used globally in place of randomized control trials, which would require a group of unvaccinated patients, an unethical scenario given everyone should get the vaccine, Skowronski said.

“Other countries have now adopted that methodology,” she said. “Collectively, we submit our findings to the World Health Organization. Later this month the WHO will be meeting to decide whether it needs to update the vaccine strains for next season’s formulation,” she said of the virus that changes every year.

“This is good news in that the vaccine is performing better than it has in previous years,” Skowronski said of the findings, adding they highlight the fact that the public should get vaccinated annually to protect themselves against various strains of the influenza virus, especially if they have a heart or lung condition or are in contact with vulnerable people including the elderly.

Concerns about the novel coronavirus should create a greater appreciation for influenza vaccines, Skowronski said.

In place of no vaccine for COVID-19, people should rely on conventional public health measures used for other coronaviruses, such as washing their hands and sneezing and coughing into their elbow, she said.

However, she said knowing who will or won’t get the flu is complex and could include issues such as which influenza subtypes were prevalent around the time someone was born, giving them a lifelong immunity to those subtypes.

British Columbia, Quebec and New Brunswick are the only provinces that do not offer publicly funded vaccination for influenza for all residents but provide it in limited cases, including for pregnant women.

The Public Health Agency of Canada said an average of 12,200 people are hospitalized for the flu every year and 3,500 people die of it annually.

It says everyone aged six months and older should get immunized, and the best time for that is between October and December, before the virus begins spreading.

This story has been updated for accuracy.