Employers in some states grapple with surge of COVID-19 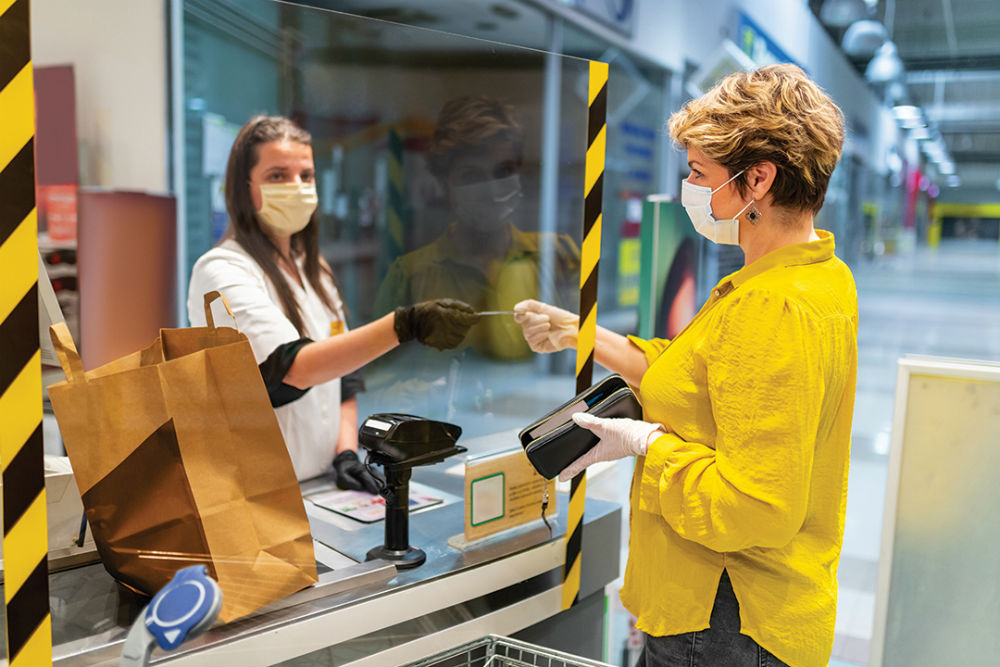 With states like Texas and Arizona seeing alarming surges in reported cases of COVID-19, businesses large and small must decide whether to keep their doors open. (zoranm/Getty Images)

It’s not the reopening businesses were hoping for.

After months of shutdown, restaurants, stores and even amusement parks announced their reopening with fanfare. But now that states like Texas and Arizona are seeing alarming surges in reported cases of COVID-19, businesses large and small must decide whether to keep their doors open.

In some cases, governments are pausing their reopening plans.

On Friday, Texas and Arizona shut down bars except for takeout and scaled back restaurant dining capacity. Florida banned alcohol consumption at bars.

But many businesses had already taken those steps on their own, saying rising case numbers and shifting advice from state and local governments did not give them the confidence to stay open.

The Kolache Factory, which has 27 bakeries mostly in the Houston area, opened dining rooms for two weeks before shutting them down June 19 and returning to takeout and delivery. Chief Operating Officer Dawn Nielsen was getting mixed signals from Harris County — which required masks — and the state of Texas, which didn’t.

“It’s a scary time. At some point you just have to grab the reins of the horse and say, ‘I just have to make the decision myself and not wait for someone else to mandate what I have to do,’” Nielsen said.

Apple, which started reopening its stores May 11, has closed at least 32 stores in hot spots like Florida and Texas. Best Buy, which opened most of its 1,000 stores last week, said it is reviewing local data and making tweaks in virus hotspots, like limiting the number of customers in the store.

In some cases, illnesses have prompted closures. Gila River Casinos closed its three locations in Phoenix on June 18 for two weeks, saying it needed to rethink operations after a security guard died a week earlier.

On June 20, McCray’s Backyard Bar-B-Q and Seafood in West Palm Beach, Fla., shut its doors for 10 days after learning one of its employees might have been exposed to COVID-19. The restaurant is hiring a cleaning company and requiring its 20 employees to get tested.

In East Lansing, Mich., Harper’s Restaurant and Brewpub reopened June 8 to an exuberant college crowd. Now it’s closed again, and health officials are urging people who visited the bar to self-quarantine. As of Friday, at least 85 patrons had tested positive for COVID-19.

In some places, employees are pushing for businesses to close again.

In Washtenaw County, Mich., about an hour outside of Detroit, 1,300 servers have signed a petition asking county officials to close restaurants until COVID-19 is no longer a public health threat. They are scheduled to present the petition at a meeting on Wednesday.

“Bar culture promotes mingling, and in a tipping industry, are you going to have a fight with a customer about wearing a mask?” said one area bartender, who asked to remain anonymous because she fears her job could be impacted.

Many businesses are finding that the risks of reopening outweigh any reward from the meagre foot traffic coming in the door, said Alden Parker, an attorney and co-chair of the hospitality group at the law firm Fisher Phillips, which specializes in labour and employment law. Already, more than 250 lawsuits have been filed against U.S. businesses nationwide over coronavirus, including from employees who say they were terminated after they tested positive.

The legal landscape is unclear. Some businesses have been requiring customers and employees to sign a waiver saying they won’t sue if they get sick. But whether they can be enforced varies by state and is open to debate. Employee issues will likely be covered by worker’s compensation insurance. But what if a venue puts up a sign encouraging masks, then doesn’t enforce it and a customer falls ill? It could be a year or two before courts sort that out, Parker said.

Advice from the U.S. Centers for Disease Control and Prevention comes in the form of guidance, not requirements. The CDC suggests businesses should immediately remove sick employees or customers and clean the immediate area after 24 hours, but it says the 24-hour wait is only “if feasible,” and can be shorter.

Matt Hinton, a partner with Control Risks who specializes in crisis and resilience consulting, said companies should use government restrictions as a minimum baseline and develop their own criteria, since they may have a different risk tolerance than what governments recommend. But he said many clients have complained that it’s hard to know which public officials to believe.

Aaron Post, the owner of Valkyrie cocktail bar in Tulsa, Okla., reopened June 5 after being closed for 13 weeks. With no government guidelines about what to do if there is a resurgence of the virus, Post came up with his own metrics. He plans to close if the rate of positive tests hits 10 per cent in his area; it’s currently at 8 per cent.

“Without sweeping regulation or guidance from the government, it’s punitive to businesses that are choosing to be more ethical and responsible,” Post said.

Some businesses are delaying reopening. Disneyland in Anaheim, Calif., had planned to reopen July 17 but said this week it will push that back indefinitely while it waits for new state regulations.

“Nobody has a chance to settle into any of the guidelines — employees, owners or guests — and get used to the one reality before moving onto the next,” Orman said. Guests figure they don’t have to follow the rules because they’ll be changing soon anyway, he said.

Dr. Emily Landon, an infectious disease expert at the University of Chicago, said businesses may have to get used to being flexible.

She understands the desire for more government guidance, but said the public health infrastructure is strained and rules that work well for one area might not work for another.

The most important thing for businesses to do, she said, is mitigate risks for employees by requiring masks, frequent hand-washing and physical distancing.