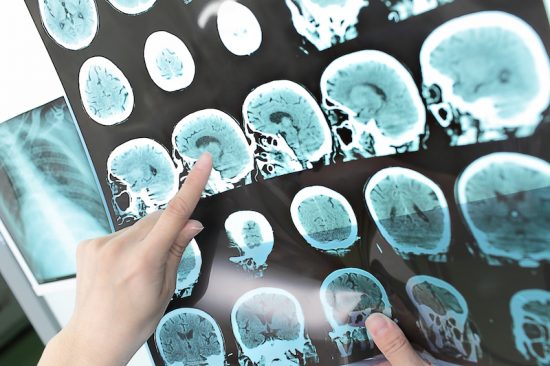 Part of the NFL’s safety experiments to reduce head injuries is the expanded use of the padded helmet caps football players have been seen wearing during training camps this summer.

All offensive and defensive linemen, linebackers and tight ends are required to wear the Guardian Caps at practices through the second preseason game. This covers the part of the season NFL studies have shown has the greatest concentration of helmet impacts.

Several NFL teams tested the caps last year and the league’s competition committee mandated all teams use them this summer.

Dr. Allen Sills, the NFL’s chief medical officer, told The Associated Press the league will analyze data from the training camp practices and review the feedback it gathers from all 32 teams to see what impact the shells actually had on reducing head trauma and to inform future health and safety efforts. 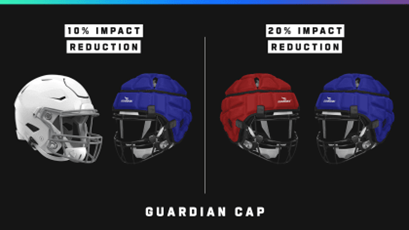 Here’s a look at the Guardian Caps and their use in the NFL:

Is the 0dd-looking headgear unique?

The model being worn at NFL training camps is not the same model seen on college and high school football fields. It’s designed to absorb the greater impacts of faster, stronger players in the pros.

The Guardian Caps feature a 12-ounce padded shell that is affixed to the top of a player’s helmet. The NFL has said studies indicate that when one player wears the protective gear it results in at least a 10 per cent reduction in severity of impact. That number increases to at least 20 per cent if both players involved in a collision are wearing them.

How will the NFL evaluate the caps’ effectiveness?

Sills said the league will review feedback “from players, coaches and equipment managers about what they felt, what their perception was with the caps” and study concussion data during the preseason.

Sills said the use of the equipment at training camps could also possibly help reduce head injuries during the season when the Guardian Caps are no longer required.

“Not absorbing so many blows during training camp will hopefully be protective in terms of reducing concussion vulnerability later in the season,” the league’s chief medical officer said.

What other safety trials are being conducted?

Four teams — the San Francisco 49ers, Seattle Seahawks, Atlanta Falcons and Philadelphia Eagles — are participating in a program in which high-tech, mouth guard sensors are being used to collect kinematic data, including impact speed, direction, force, location and severity of hits.

This study works hand in hand with the Guardian Caps, Sills said.

“We’ve got a of subset of players with four teams who are wearing mouth guards that have sensors in them.”

“And we actually can measure what force is being transmitted inside the helmet. So we will have data on that cohort of players,” Sills said.

The doctor said the mouth guard program will continue past the Guardian Caps trial, allowing for a comparison of helmet impacts with and without the caps.

Is there skeptism about the Guardian caps?

There is. Some NFL players and coaches have questioned whether the caps will work, including New York Jets coach Robert Saleh.

Chris Nowinski, the co-founder and chief executive officer of the Concussion Legacy Foundation, also is not convinced the Guardian Caps will help prevent brain trauma.

“The reality is when you’re talking about 10 per cent reduction (on impacts) as a best-case scenario, that will be offset by having more hits to your helmet,” Nowinski said. “So the influence on long-term CTE is, in the best case, probably microscopic.”

What do players think of the Guardian caps?

More than 100 NCAA programs have used the Guardian Caps in the past couple of years, so some NFL players were already accustomed to them.

Their opinions vary on the effectiveness and future use of the caps, but players generally embrace any safety effort to reduce head injuries.

Sills said it’s too early to predict whether some form of the Guardian Caps will become as common as shoulder pads or other equipment, but noted that the NFL is “open-minded to where the data takes us.”

Possible next steps include requiring the Guardian Caps during the 14 full-padded practices teams are allowed during the regular season and some iteration of the product might one day be used in games, too.

Manufacturers might also incorporate some of the technology into the helmets themselves.

Sills said the Guardian Caps have already produced an unexpected perk. Teams that tested them out last year found their quarterbacks didn’t have to worry about breaking a finger on an offensive lineman’s helmet.

“That wasn’t something we thought of,” Sills said, “but it’s something we’ve heard about and maybe … a side benefit.”