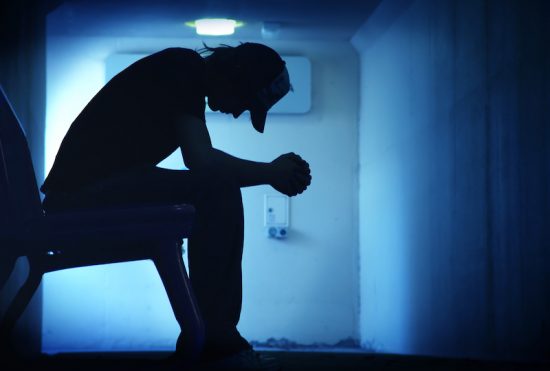 By Zak Vescera, The Tyee

Editor’s note: A previous version of this story included an incorrect statistic on the number of mental health claims accepted by WorkSafeBC. The information below was updated on Dec. 22, 2022, based on numbers provided by WorkSafeBC.

Carrie James watched as the numbers on the wall crawled higher.

It was the summer of 2021, when a record-setting heat wave baked British Columbia. Emergency services were overwhelmed. The crisis swamped the health care system and hit 911 dispatchers like James first.

Ideally, seconds pass before a 911 call is answered and help is sent.

But as emergency calls flooded in, callers waited and waited. James again checked the screen on the wall that constantly shows wait times in the 911 centre. Numbers had climbed higher than she had ever seen.

“You can imagine sitting there for 20 minutes with someone suffering from heatstroke, cardiac arrest, whatever the medical emergency is,” James said. By the time some calls were answered, she said, the people were no longer alive.

Today, the emergency call centre where James works says almost one in 10 of their staff is off the job on stress leave.

They are far from alone. In recent years, record numbers of workers in B.C. — particularly those working in health care and social service jobs — have filed claims to the province’s workers’ compensation system, hoping to get replacement wages, medical health and therapy for mental health conditions they say were caused by their jobs.

The vast majority of them have been rejected, reflecting a system that fails to treat injuries of the mind seriously, say critics.

Labour advocates say the problem has become critical after a cataclysmic combination of pandemic, floods and fires have worn down workers’ health, taking them off the job at a time they are needed most.

“I think there’s a negative stigma that workers with mental illness are more likely to fake their condition to try and get benefits,” said Kevin Love, a lawyer with the Community Legal Assistance Society. “And I think there’s a perception that people just need to suck it up and keep working, and that’s really harmful.”

In 2021, 6,532 workers reported a mental disorder claim to WorkSafeBC.

The allow rate for mental disorder claims is 63 per cent, according to Yesenia Dhott, officer, government and media relations for WorkSafeBC. The comparable rate for all claims is 92 per cent, she said.

“This is the allow rate for claims that proceeded to the allow/disallow decision,” said Dhott in an email to OHS Canada.

More information is available in this backgrounder from WorkSafeBC.

Love, who has nearly two decades of experience representing injured workers, says that disparity comes down to vastly different standards in how the two injury claims are treated.

“There’s a higher and much more difficult test to prove that your condition was caused by work,” Love said. Workers can only file such a claim if they’ve been diagnosed by a psychiatrist or psychological with a mental health disorder — an appointment that itself may take months to book.

After that, Love said, they have to prove the disorder is predominantly caused by their work. It’s a distinction made, Love says, to make sure the WorkSafe board — which is funded via fees paid by employers — doesn’t act as a general health insurance fund for everyone in the province with a mental health condition.

But it imposes a heavy cost on employees. “What this means is that they will routinely go through your personal life to decide not only whether work was a contributing factor, but whether there were other factors in your life that contributed more,” Love said. The process, he said, is invasive and long enough that many people simply don’t attempt it.

In 2019, B.C.’s government took action to help certain workers get their claims through quicker and with less hassle. The province amended legislation so that select professions like nurses, firefighters and paramedics would no longer need to prove a mental health disorder was connected to a traumatic event or significant stressor at work.

In a statement, WorkSafe spokeswoman Alexandra Skinner said the regulator had seen an increase in the proportion of mental health claims accepted since that regulation passed, particularly in eligible professions.

Donald Grant, the president of the union representing 911 dispatchers, says it has made a world of difference for their members. “Without this legislation, those injured workers would have had to defend their claim. And because of that presumptive illness legislation, their claims were accepted much more quickly, and likely saved a number of their lives,” Grant said.

In her 2019 review of the workers compensation system, retired labour lawyer Janet Patterson recommended B.C. redefine “mental health disorder claims” as “psychological injuries” to remove the need for a diagnosis. She also advocated for giving the board the power to issue short-term disability leave for those injuries.

In November, delegates of the BC Federation of Labour passed a resolution resolving to lobby government to expand the “presumptive” language to all jobs, not just select professions, something Saskatchewan did in 2016 for all workplaces in which there was a traumatic incident.

But the legislation, Robert Parkinson said, isn’t a “golden ticket.”

Parkinson, a paramedic since 1996, is the health and wellness director for CUPE Local 873, which represents 4,500 paramedics and dispatchers in the Lower Mainland. He estimates members submit 300 claims related to mental health each year. The presumptive legislation has helped some people get claims through. But it only applies, he said, if workers can identify a “traumatic exposure” or a cumulative series of “significant stressors” that have caused their mental health disorder.

“That’s where some of our members have a hard time when they call up WorkSafe. They can’t point to the event. One day, something hits them. It’s the straw that breaks the camel’s back or the rock that overflows the backpack,” Parkinson said.

Parkinson said many workers also don’t have an illness that amounts to a diagnosable disorder, but are still struggling to work, with a mental health benefits package that only allows $100 per year. “People are still doing it because they love the job. So when they’re injured and impacted to the point where they put their hand up and ask for help, it’s significant,” Parkinson said.

The pandemic, the heat dome, the 2021 floods and the toxic drug crisis have only ramped up the pressure on those workers. Aman Grewal, the president of the BC Union of Nurses, says her members submitted 496 mental health disorder claims to WorkSafe BC in 2019. In 2021, they submitted 784. Grewal said many nurses were put in unthinkable situations over the course of the ongoing COVID-19 pandemic.

“Nurses were the ones that were in the rooms with dying people. They were the last line of communication between families,” Grewal said. When claims aren’t accepted, Grewal said, nurses sometimes have to dip into their sick days or savings to take the needed time off work.

“If they can’t see you injured, then is it real?” Grewal said.

with files from OHS Canada