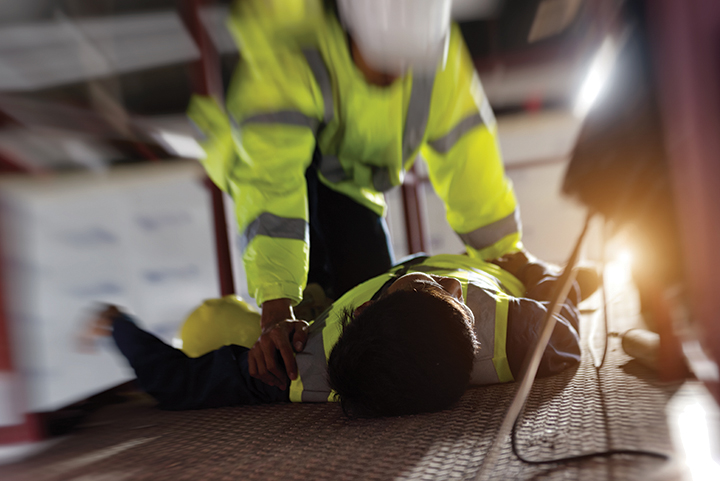 The latest report on work fatality and injury rates in Canada was released in April. (kokliang1981/Adobe Stock)

Canadian workplaces are becoming less safe, according to the latest data on occupational health and safety across the country.

The report is based on data from 2018 — the latest available statistics. Comparable 2019 statistics will not be available until early 2021.

In 2018, most jurisdictions also reported higher injury rates, with Ontario and New Brunswick leading the way at 15 per cent, among provinces with 100,000 employees.

“That is noteworthy because for the last couple of decades at least, we’ve seen pretty consistent declines in our injury rates across Canada,” said Sean Tucker, business professor at the University of Regina and the report’s main author. “Now we’re seeing that bottom out and the trajectory may be upward. So that’s of concern.”

Seeing the needle move the wrong way in 2018 is tough to swallow, said David Johnston, chair of the Board of Canadian Registered Safety Professionals (BCRSP) in Mississauga, Ont.

“It’s not getting better really,” he said. “It is extremely disappointing to see this happening because there’s so much effort being made and so much money being spent. And it doesn’t seem that we’re able to have any impact.”

“It is extremely disappointing because of the effort that’s being made.”

Northwest Territories and Nunavut had the highest five-year average injury fatality rate (8.1 deaths per 100,000), according to the report.

“This is a very small jurisdiction population-wise, but their injury fatality rate of 8.1 deaths per 100,000 really is significantly higher than other jurisdictions in Canada,” he said, noting attention should be paid to this issue.

Injury related deaths include motor vehicle incidents, electrocution and falls from height, while occupational disease fatalities could be due to exposure to asbestos or succumbing to mesothelioma, he said, noting the current COVID-19 pandemic will no doubt have an effect on 2020 statistics.

Statistics for this annual report are drawn from data provided by the Association of Workers’ Compensation Boards of Canada (AWCBC) in Toronto.

The data originates from provincial workers’ compensation boards, each of whom collect it independently and publish it annually — usually between April and September of the following year, said Tucker.

The AWCBC then standardizes the data and publishes it online. The resulting timing lag is of issue for those attempting to identify current safety trends.

“Here we are talking about 2018 data — that’s over a year and a half ago,” he said. “We’re limited in terms of the timeliness of the data.”

“From a prevention perspective and public awareness perspective, having timely data is so important.”

While companies are able to track progress through provincial ministries of labour, access to interprovincial comparisons are not typically available, said Tucker.

“That’s just really important for prevention and awareness. And then likewise having more granular, timely statistics is helpful to identify which sectors of industry are experiencing relatively more injuries and deaths than other sectors,” he said. “That, too, will inform prevention activities.”

AWCBC CEO Cheryl Tucker declined a request for comment on this report.

“The AWCBC is not mandated to speak on behalf of our members, nor do we provide any analysis of data,” she stated.

Data harmonization has been on the agenda for decades now as general data is “almost non-existent,” according to Johnston.

“We keep talking about this,” he said, noting gathering data is specifically onerous for organizations that operate across provincial borders. “It’s not only a good thing for trying to understand what’s happening, but it’s a good thing for business.”

Transparency and clarity in workplace health and safety statistics would be of benefit for all, said Sean Tucker.

“I don’t think it’s any deliberate attempt to hide statistics whatsoever,” he said. “It’s just we have a particular structure in Canada — due to our constitution — where provinces have primary responsibility for OH&S and WCBs, and these lags are just built in.”

For this to change, provincial boards would need to take the lead, said Tucker, as they are in the best position when it comes to publishing more timely information.

Even the release of key statistics prior to the annual Day of Mourning held each April could be a major step forward for public awareness, he said.

“I think there’s an opportunity there to do that,” said Tucker. “Public awareness is really important to prevention.”

The AWCBC should take the lead on improving data availability, according to Johnston, who noted a national data bank should exist where statistics can be extracted and broken down by various search terms.

“It’s a mess — there’s no other word for it,” he said. “It takes a very long time to get these reports and then the reports together are at such a very high level, that you can’t really set any plans or objectives based on (them).”

“We need to come up with not only harmonized reporting, but we also need to take that information that we get so that we can analyze it and understand what the trends are. It’s too late when somebody’s died.”

This feature story appears in the September/October 2020 issue of OHS Canada.