In a world where the only constant is change, mental health has simultaneously become the fastest-growing category of disability in the workplace. 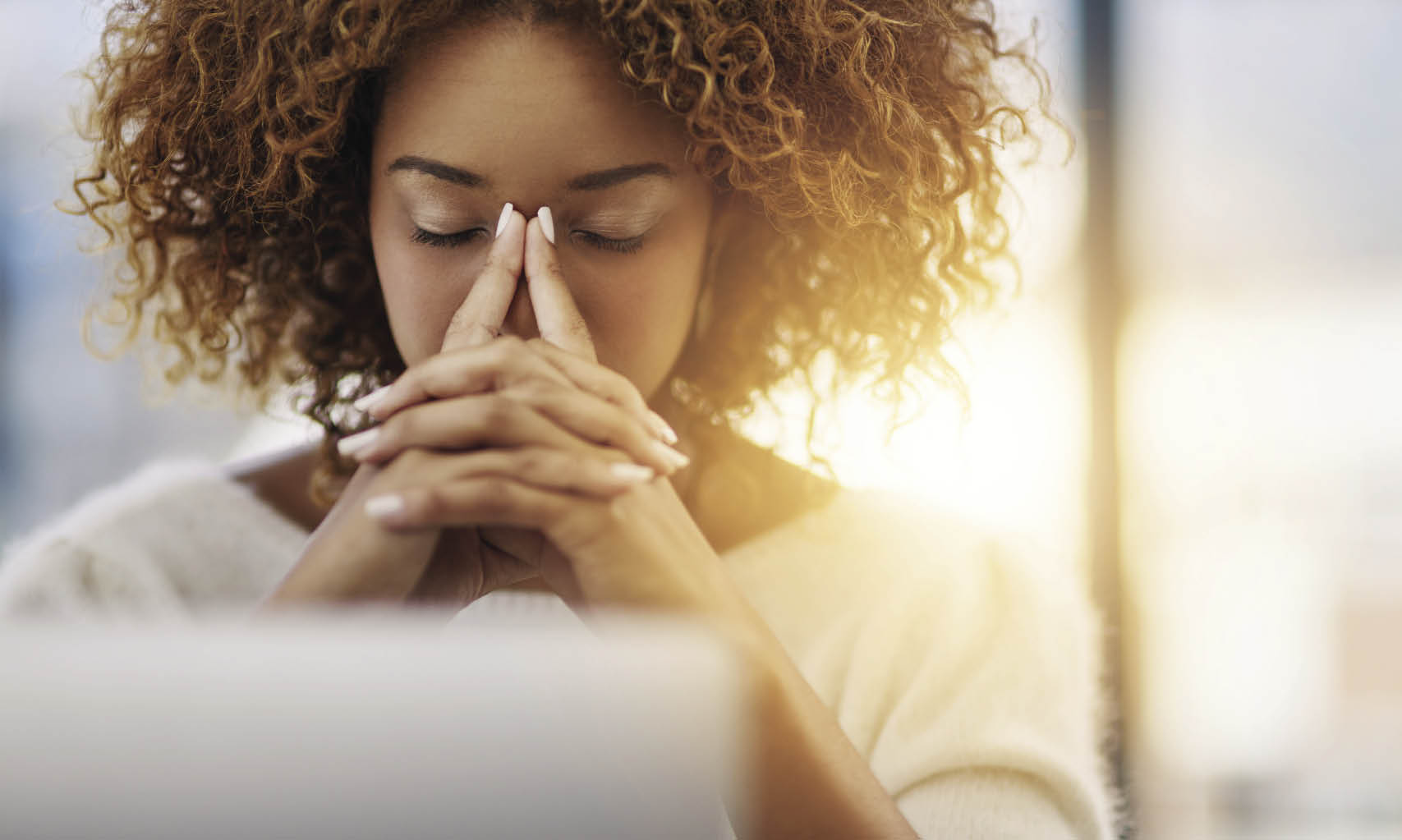 In a world where the only constant is change, mental health has simultaneously become the fastest-growing category of disability in the workplace.

That’s according to Lewis Smith, national projects manager at the Canada Safety Council in Ottawa. And while much headway has been made, mental health and depression often remain “tricky subjects,” he says. “They sneak in under the radar.”

“As an employer, you really need to have your ear to the ground and be paying attention to sudden, inexplicable mood changes or even just subtle differences in an employee’s routine or attitude,” says Smith. “Oftentimes, that goes undetected and that can lead to many worse situations.”

The digital economy has ushered in rapid change, leaving lifetime employment as all but a distant memory while non-traditional workers increase in popularity and demand.

“There’s more pressure on workers. It’s difficult for people… we know that it’s during times of change that we see the highest rates of uncertainty,” she says. “Uncertainty is one of the top causes of chronic stress, and it’s also the time when we see more conflict, more claims, more turnover and more accidents.”

“We know that technology is intended to enhance productivity. But it’s not until we get proficient in the technology, and in using it, that that enhancement becomes a reality,” she says.

“Until then, we might actually see a decline in productivity. And that decline, combined with trying to learn the new technology, really can add up to a lot of stress load on the worker — in addition to the stress load they already have.”

Employers need to be mindful in terms of how new technology is introduced, says Horvath.

“It can be exciting, but it can also be very frustrating for many employees.”

Constant connectivity can sap focus and time available for reenergizing, she says.

“Most of us are not very good at getting the rest and the rejuvenation that we need for our body and our mind, and that road to burnout is a very slippery slope. If people aren’t careful, they may not recognize the signs and symptoms until they’re experiencing pronounced signs and symptoms like exhaustion and irritability.”

The job insecurities that have resulted from the rapid change within workplaces has most significantly affected those nearing the end of their careers, says Peter Smith, senior scientist at the Institute for Work and Health (IWH) in Toronto.

And many Canadian households require dual-income earners as a result of rising cost of living, making fears of potential employment loss especially devastating, he says.

“We know these things are related to mental health,” says Smith. “We also need to make the distinction between mental-health conditions that are work-related, and those that are not.”

While both have considerable costs for workplaces, different types of interventions are required, he says.

Conversations surrounding mental health have improved over the last decade, in large part thanks to corporate campaigns such as Bell Let’s Talk, says Lewis Smith.

“As recently as a decade ago, it would have been [near] unthinkable to even bring it up in the conversation, or to suggest you might need to take a mental-health day,” he says. “Now, it’s much more commonly acceptable. It’s much more widely discussed, but we’ve still got a ways to go.”

And while the conversation has lagged in some blue-collar industries, progress is still being made, says Smith.

“There seems to be maybe a little bit more reluctance to open the door and discuss mental health openly and honestly. But certainly, as far as your average office goes, the discussion is being had more and more frequently. And anecdotally, I’m seeing a lot more willingness to discuss mental-health issues, and willingness on employers’ part to make the task as easy as possible for their employees.”

Yet even as mental health becomes a top business concern, appropriate data collection is not being collected to understand the issue at a population level, says Peter Smith.

“At the moment, we’re still taking quite an individualistic approach to mental health — things around building resilience among employees,” he says. “Often the root of these problems is more structural within the workplace — how work is organized… the relationship between management and workers in terms of communication [and] fairness, how work is distributed throughout the organization. These are much more challenging to address in terms of interventions.”

Employers need to think about creating “environments that are less stressful, rather than workers who are more resilient to stress,” says Smith. “I think it would be a good starting point.”

And while some quality workplace programming exists — such as the National Standard of Canada for Psychological Health and Safety — program reach remains a challenge, he says.

“We don’t really know at the moment, but I certainly don’t think the current programs are reaching wide enough.”

Workplaces in the throes of change are less likely to offer organizational psychosocial support during those times, says Smith.

“Are we, in effect, preaching to the choir? We can do all the programs we want, but if we’re not measuring things, we don’t really know if they’re being effective,” he says.

“Understanding and measuring mental-health is really the key starting point to addressing and using the workplace as a setting to address mental health in the working population.”

While traditional OHS hazards such as noise or dust can be quantified fairly easily, mental-health risk levels aren’t as easily attained, says Smith.

“When it comes to the psychosocial work environment, we don’t have comparative types of things,” he says. “We need to work on measuring and quantifying work-related psychosocial hazards. We need to provide better guidance to workplaces on how to measure aspects of work that might pose a risk to mental health.”

And while full- and part-time workers feel the pinch, gig and contract workers face more unique scenarios with much of Canada’s minimum labour standards determined by “employment status,” says Finn Makela, law professor at the Université de Sherbrooke in Quebec.

“My impression is that there’s a number of mental-health issues that are arising out of the reorganization of work — and that’s particularly exacerbated in the gig economy,” he says. “But that doesn’t mean that somebody who’s in a standard employment contract doesn’t also have to deal with them.”

In terms of work-life balance, for example, gig workers are under significant economic pressures to be “always available to work,” says Makela. “That wreaks havoc with this ability to differentiate working time from leisure time and family time, which is extremely important to mental health in the workplace.”

And while some workers gladly choose the gig life, others are forced to turn to contract employment due to economic restraint and shifting models of work, he says.

“Despite the rhetoric about record levels of employment and the labour shortage in Canada, there’s still a lot of people who — for a variety of reasons — are just unable to get into the standard employment contract… [and] a gig job is the [only] game in town.”

Ratings systems in which worker performance is consistently analyzed are another factor in gig workers’ overall mental health, according to Makela.

“When your entire ability to make a living is dependent on decimal points in your ratings that are calculated by an algorithm, then you have this constant pressure to always satisfy the client, no matter how insane their demands. And so, you can see a real problem of depersonalization where the worker is literally alienated from their selves.”

Contract workers face a different set of challenges than those in a standard employment relationship, says Lewis Smith.

“I wouldn’t necessarily say that they’re more or less prone to mental-health issues, but in the gig economy, certainly one of the biggest causes of mental stress is just that — stress. There’s no guaranteed paycheques coming in; it’s very chunked,” he says.

“And because of that, there’s a lack of stability. Stability tends to be one of the more common factors in in getting rid of stress and… mental-health issues.”

“It’s really important for employers and OHS professionals to become educated about mental health,” she says. “There’s a lot of stigma that surrounds mental health still.”

Communication is a critical factor in managing change — it must be multi-directional and continuous. And the focus should turn towards individual resilience, rather than high-level policy, says Lewis Smith.

“But folks who’re dealing with these issues often don’t want to be talked at. They just want someone to listen and they want to know they’re being heard. And the most important thing that we can do — as OHS specialists — is to make sure they’re feeling heard.”

Interpersonal relationships should be the focus, says Smith.

“We can parachute in solutions all day and throw a whole lot of money at it. But at the end of the day, what’s really going to make the impact is for an employee to know their employer cares enough to go that extra [mile],” he says.

Employers should also be careful to resist the quick victories that short-term decisions can bring, says Makela.

“Certainly, in the short-term, farming out work to third parties — whether it’s apps or employment agencies — can help with the bottom line because it cuts labour costs,” he says. “But in the medium- and long-term, it can backfire because you don’t get the loyalty that comes with standard employees who are willing to go the extra mile — to actually look their boss in the face when they screw up.”

Recent overhauls of employment standards have been “radically inadequate” when it comes to dealing with mental health, says Makela.

While some provinces included provisions to child-care leave, personal emergency leave and scheduling rules, “the problem is that they only apply to employees,” he says.

“There’s whole swaths of the population that no matter how good these acts get, they don’t have access to them.”

Going forward, the pressure on lawmakers will only grow, says Makela.

“I assume that there’s going to be pressure that’s other than simply electoral pressure,” he says.

“The gig economy might be a very efficient way to extract value from workers, but there’s also negative externalities that get shunted off to the state.”

This feature was published as the cover story in the Nov/Dec 2019 issue of OHS Canada.