Transmissible virus variants account for almost half of new cases 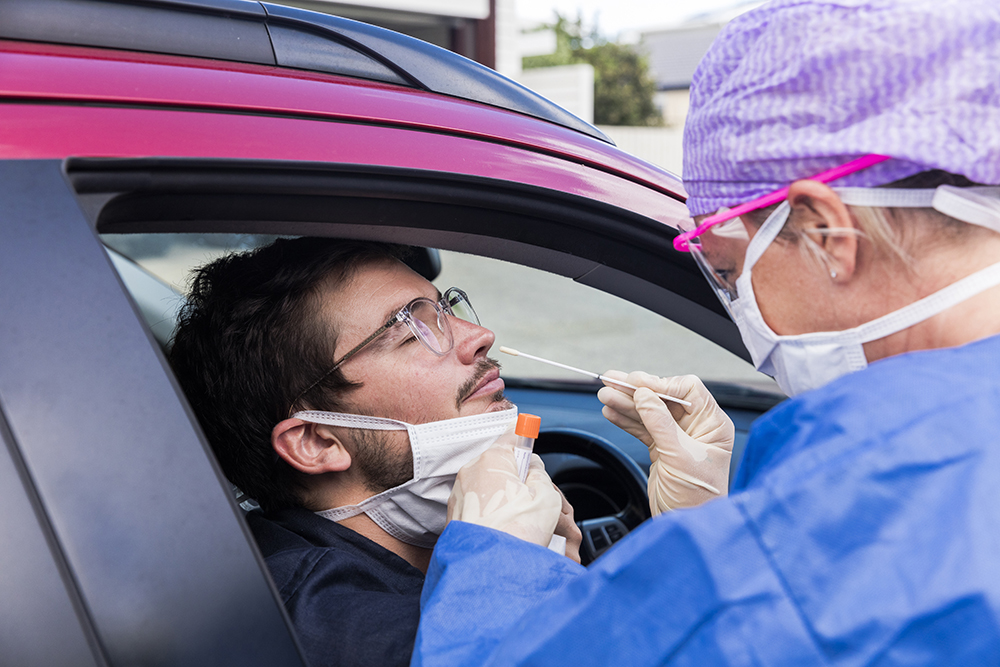 The group, which provides independent advice and analysis to the Progressive Conservative government, said that growth is taking place across the province.

“So, here we are: Ontario’s Third Wave,” the group posted to social media Tuesday. “Sadly, we are in fact ‘all in this together’. Ontario is organized into 34 public health units; almost two-thirds are now experiencing exponential growth of (COVID-19).”

The findings come a day after the province’s top doctor said that Ontario could be going into a third wave but the extent of it was still developing.

“You can always tell you’re in it after it’s over,” Dr. David Williams said Monday. “I would say we are into that base of a third wave. What does that mean, how big it is, that’s to be determined.”

Premier Doug Ford said Tuesday that he will wait for Williams’ advice on the matter, but stressed people must continue to follow public health guidance even as more vaccines are administered.

“We can’t let our guard down for a second,” he said. “We have to be very, very cautious moving forward.”

Canada’s chief medical officer of health said Ontario has come to an “inflection point” in the pandemic after the province seemed to bring its second wave under control.

“What happens from this point on actually depends on the actions that are taken, as to whether this is a little bump or whether things might take off,” Dr. Theresa Tam said.

The Ontario Hospital Association said Monday that it believes the province is now in a third wave, citing data from the science advisory group and saying the number of patients in intensive care is trending up.

The CEO of the Ontario Registered Nurses’ Association said the government lifted a stay-at-home order too soon, allowing the virus variants to spread.

Doris Grinspun said she fears the province will need to move back into lockdown.

“We need to be zeroing in 100 per cent on the vaccine now because this is our saving grace,” she said. “We are slow on the vaccines and we are quickly moving into the third wave. It’s a colliding disaster.”

The new data comes one day after the province launched a new COVID-19 vaccine online booking portal and call centre.

The province said Tuesday that 133,000 aged 80 and older booked their COVID-19 vaccine appointments Monday despite technical issues with the website and long wait times to get through to the call centre.

On Tuesday, an additional 21,000 appointments were booked by noon.

Toronto’s associate medical officer of health said cases in the city had been plateauing before the current upswing.

Dr. Vinita Dubey said defining the trend as a third wave depends on whether the increase is sustained.

“The variants are on the rise, that is for sure,” she said. “And if we see more cases, you can expect to see then the hospitalizations and deaths to be associated except where people are vaccinated.”

She pointed to the effective vaccination effort in long-term care homes and resulting drop in COVID-19 cases.

“Hopefully, as we approach another wave, we will have this protection around some of our most vulnerable to help prevent some of those severe outcomes,” she said.

Ontario reported 1,074 new cases of COVID-19 on Tuesday and 11 more deaths linked to the virus.

Another 51,579 doses of a COVID-19 vaccine were administered in Ontario since the last update.

Also Tuesday, the National Advisory Committee on Immunization said there is now enough “real-world evidence” to show the Oxford-AstraZeneca COVID-19 vaccine is both safe and effective for seniors.

The decision reverses a recommendation made by the body two weeks ago when the panel of vaccine experts said company hadn’t included enough people over the age of 65 in its clinical trials.

Ford said the change was good news, but expressed frustration that it comes days after Ontario used the earlier guidance to target distribution of the shot to people aged 60-64 years old.

He said the province will fulfill the commitment it made to people in that age group as it incorporates the new advice.

“It just messes everything up, to be very frank with you,” he said. “We have everything set up, get everyone lined up, and all of a sudden, with no notice today, now we can move the goal posts again. So now we have to change everything.”

-with files from Holly McKenzie-Sutter.